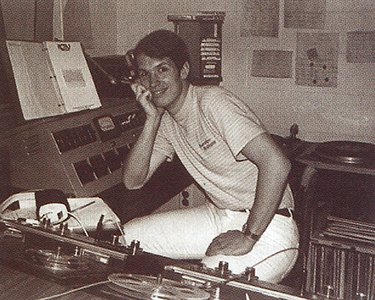 Brent Wilcox, ’74, was one of the co-founders of KCMU.

Thirty-five years ago, John Kean, ’72, helped launch the UW’s first student radio station by installing a 10-watt transmitter in McMahon Hall. The signal was so weak it barely reached the Ave. Today, Kean can listen to the same station from his home in Falls Church, Va.

Thanks to its groundbreaking online streaming, KEXP—the successor to KCMU, which broadcast from the UW from 1972 to 2001—keeps more than 60,000 extended community members from as far away as China and Australia tuned in to the latest sounds from Seattle. But if the station’s voice has grown over the decades, its scrappy underdog spirit hasn’t changed a bit.

In late 1971, Kean and three fellow students—Cliff Noonan, ’72, Victoria “Tory” Fiedler, ’72, and Brent Wilcox, ’74—began laying the groundwork for what would become one of the most influential college radio stations in the nation. The University’s instructional radio station, KUOW, was being hit by budget cuts, reducing hands-on opportunities for students.

“I remember we were sitting around the HUB Auditorium one winter day and saying, ‘There’s gotta be something more than this,’ ” says Noonan, who had worked as a DJ while attending a college in San Francisco. 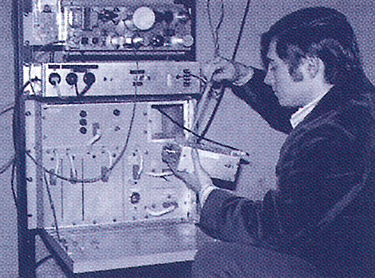 The four had no studio and no equipment. They literally had to build the new station from scratch inside a few small rooms within the news production classroom. “The School of Communications provided a small budget for start-up operations and I remember buying turntables, tape cartridges and a few other items like plywood,” says Wilcox. “Cliff, John and I built the first console cabinets by ourselves.”

Before they could even get their antenna off the ground, though, the students needed to petition both the UW and FCC for a frequency and permission to proceed with the project. From researching and writing proposals to hand-winding several hundred loops of wire so that the transmitter would operate on just the right frequency, the students plugged away. Finally, the day came when they could raise the antenna and begin broadcasting.

“I remember getting quite a group together one very cold morning to install the antenna and raise the tower by pulling ropes across the roof of one of the dorm buildings [McMahon Hall],” says Wilcox. “The transmitter was placed by John and me in the mechanical room on the top of the building.” 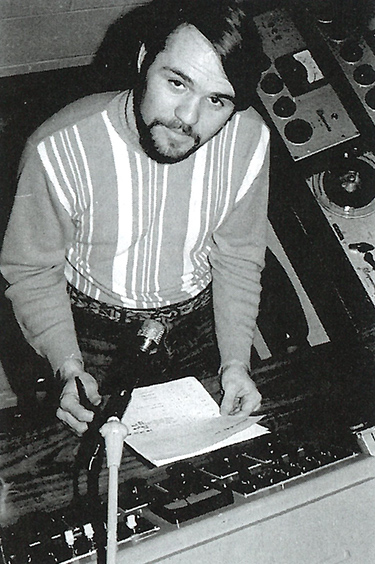 Cliff Noonan, ’72, was one of the co-founders of KCMU.

The limited broadcast range, he says, didn’t limit their sense of achievement. “Those early days were pretty exciting. There were really no rules and so we offered a pretty eclectic range of programming. We just wanted enough to broadcast a signal and be heard.”

Although it took many more years of hard work and innovation by UW students and others for the station to evolve into what it is today, KCMU would eventually help launch the careers of Nirvana, Soundgarden, Mudhoney and many more in the mid-to-late ’80s.

In 2001, a grant from Paul Allen enabled the station to increase its wattage and move from the UW campus to a fully equipped studio in downtown Seattle. The station won a Webby award in 2004 for Best Radio Web Site.

Which amazes Kean and the other founders. Their student project is now a worldwide community of music lovers, connected across both time and space.