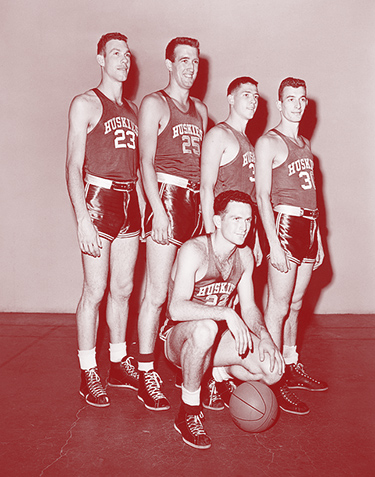 You have to go back to when Dwight D. Eisenhower was president, Mount Everest was conquered for the first time, Watson and Crick discovered the double helix of DNA and Playboy magazine made its debut to find a time when the University of Washington men’s basketball team made it to the Final Four.

Fifty years ago this month—March 17-18, 1953, to be exact—the Huskies qualified for the Final Four, the only time in UW history. Led by Coach “Tippy” Dye and center Bob Houbregs, the Helms Foundation National Player of the Year, the Huskies were, in fact, favored to win the NCAA men’s basketball title when the Final Four was played at the Kansas City Civic Auditorium.

The five Washington-born starters (Joe Cipriano, Charlie Koon, Doug McClary, Mike McCutcheon and All-American Houbregs) went 23-2 during the regular season. Except for Koon, a dead-eye shooting guard who transferred from Olympic Junior College in his junior season, they had played together for three years coming into the 1953 season. Their records together: 21-1, 24-6 and 25-6.

After dispatching Cal in two straight games to win the Pacific Coast Conference title, the Huskies faced highly touted cross-town rival Seattle University in the Western Regional in Corvallis, Ore. Although it was not a close game—the Huskies won 92-70—it was the most emotional game of the season. The next night, the Huskies defeated Santa Clara to make it to the Final Four.

Back then, only two days separated the regional final and the first Final Four game. After beating Santa Clara on a Saturday, the Huskies flew to Kansas City on Sunday in a propeller-driven plane, practiced Monday and faced defending national champion Kansas on Tuesday evening. Using a demoralizing full-court press—“The toughest I’ve seen since I’ve been coaching,” Dye said—the Jayhawks trounced the Huskies, 79-53. Houbregs fouled out two minutes into the second half and the UW never had a chance. That sent the Huskies into the third-place game against LSU (led by All-American Bob Petit), a game the Huskies won, 88-69, behind Houbregs’ 42 points. 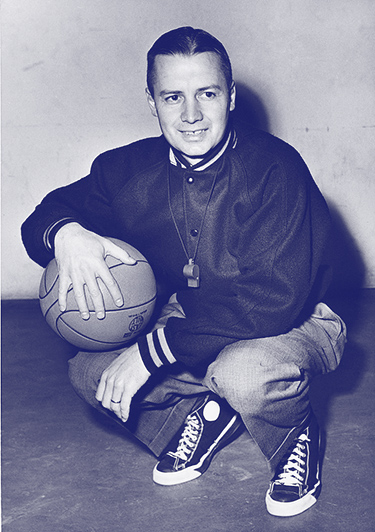 The third-place national finish was the best in Husky history—but still a supreme letdown at the same time. “It was very disappointing we didn’t play in the final,” recalls Houbregs, 70, retired and living in Olympia. “But we were emotionally spent after the game with Seattle U. We thought we had the best team in the country.”

That Husky team set numerous school records-best overall season at 28-3, best three-year varsity record of 77-15 and the only basketball team to be inducted into the Husky Hall of Fame. And though the UW has had good teams since, none have measured up to the ’53 gang.

“We didn’t realize the full significance while we were there,” recalls backup forward Steve Roake, 69, a retired pilot for Pan Am. “But holy cow, we did something no other UW team has done. It was incredible.”