About 60% say they attended Commencement 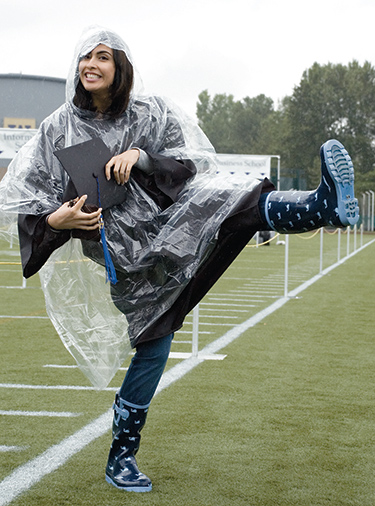 It was a wet commencement for 2007 but that didn’t stop students from celebrating.Mary Levin

For the Columns Alumni Vote in June, we asked if alumni attended the main graduation ceremony when they completed their UW degree. The 952 responses broke down to 59 percent “yes” and 41 percent “no.”

These numbers are similar to rates that UW graduation officials have tracked for decades. They say attendance at the main ceremony ranges from 51-54 percent.

While this Web-based poll is not statistically valid, it does give insights into why alumni have or have not “walked” at commencement. With more than 800 written comments, certain trends emerge, such as that the ceremony lost its attraction in the late 1960s and early 1970s.

Here is a selection of comments from those who came and those who stayed away: