A billion reasons to be proud of the UW 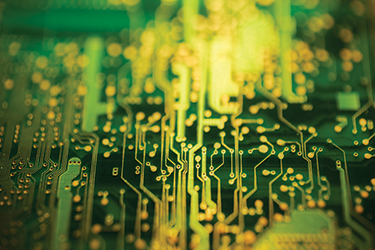 Word came in August that the University of Washington finally had hit an elusive target—last fiscal year, more than one billion dollars in research funding poured into the University.

That number was barely imaginable in 1974, when the UW reported getting just over $90 million in research grants and contracts.

Because almost all of this income originates beyond Washington’s borders, economists consider it new money that helps fire the state’s economy. Using a formula provided by the U.S. Department of Commerce, officials say that UW research money generates about 34,000 jobs statewide. And while that figure is an estimate, we know for a fact that more than 7,600 full-time UW jobs are funded by research income.

But universities tout their research numbers not just because it is a source of income. Since nearly all the money is awarded through a competitive process, it is a standard for measuring the quality of the faculty.

Professors across the nation are competing for a static amount of research funding. The National Institutes of Health fully funds only about 20 percent of the proposals it receives. The National Science Foundation funds less than 30 percent.

In the race to secure federal funding, the UW shows no signs of falling behind. Since 1974, we’ve been the number-one public university receiving federal research dollars. Among publics and privates, the UW is behind only Johns Hopkins University, which receives hundreds of millions of extra federal dollars for its Applied Physics Laboratory.

The UW’s focus on research also has a profound effect on teaching. Currently, the University has 5,230 active projects seeking answers to research questions. Many students—undergraduate as well as graduate—learn and contribute to this research enterprise. As one sign of this effect, more than 625 students participated in this year’s Undergraduate Research Symposium.

The outcome of all this activity is changing our lives. UW research made kidney dialysis practical, perfected the hepatitis B vaccine and vastly improved ultrasound. In this issue, we take a look at some new consumer products coming out of UW research that will make our lives easier.

UW President Mark A. Emmert, ’75, said it best on the day of the announcement: “Crossing the billion-dollar mark in research funding is simply remarkable. It is an amazing accomplishment by our faculty, students and staff. I couldn’t be more proud of them.”

Speaking of pride, for the second year in a row, Columns won a Silver Medal in the Best Articles of the Year category from the Council for Advancement and Support of Education (CASE), the international professional society for fund-raising, alumni relations and communications in higher education. Last year Rob Harrill’s article on cell phone research, “Wake-up Call” (March 2005), won the honor. This year my two-part feature on the experiences of Japanese American students prior to and during World War II, “The Stolen Years” (Dec. 2005 and March 2006), won the award. There were 253 entries, the most in any category in the entire competition.