A toast to Yvette Gunther, a centenarian alumna with rich UW memories

Once self-described as shy, the sociable Yvette Gunther, '45, now enjoys dance classes and public speaking. She recounts her time at the UW during World War II. 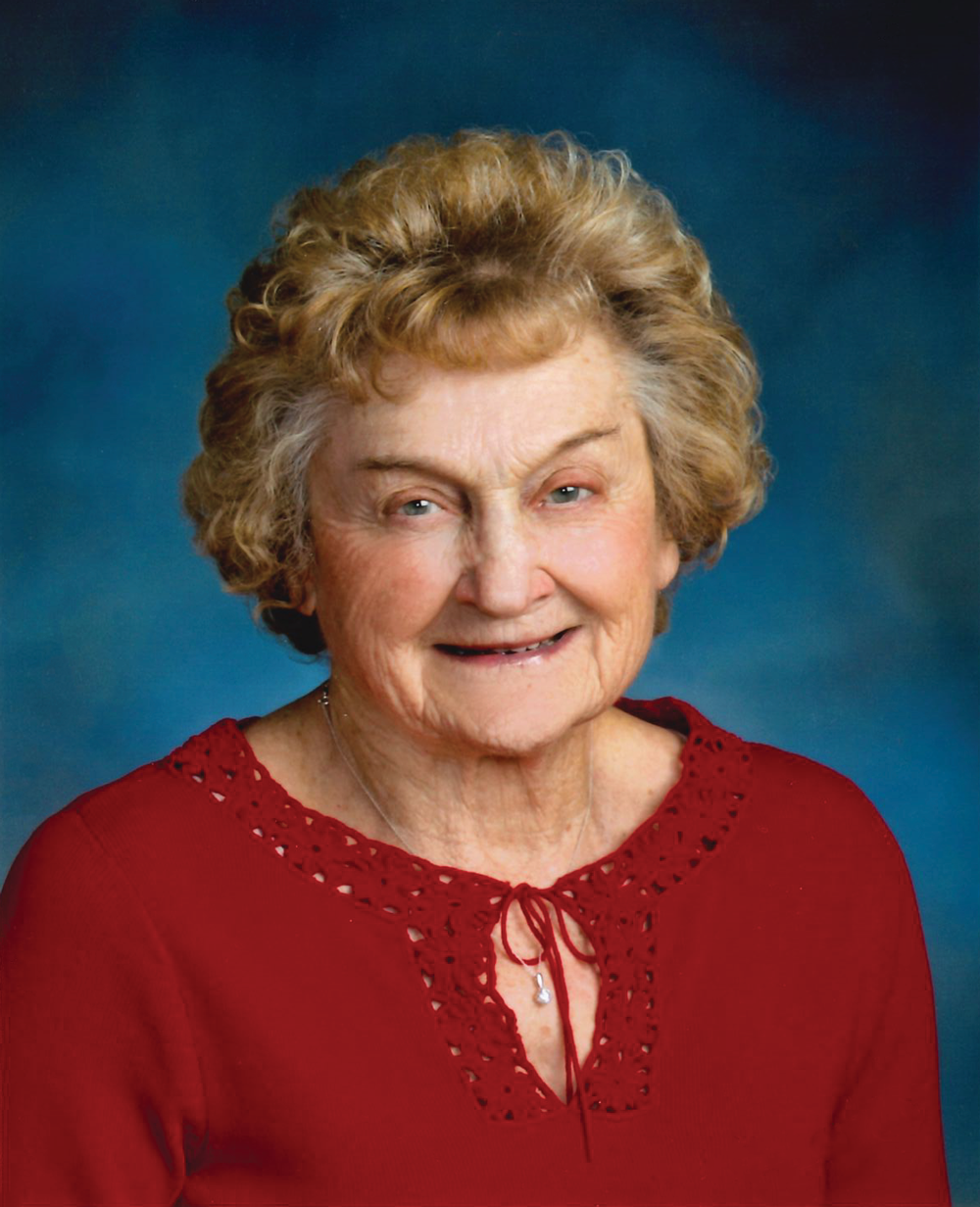 She founded two Toastmasters clubs and two AARP chapters, was director of the U.S. Splendor National Pageant, regularly won dance contests and taught kindergarten. Pretty eye-opening stuff for Yvette Gunther, who once described herself as a “shy little girl.” Gunther, ’45, who is anything but shy these days, credits one thing for the turnaround: “The UW brought me out of my shyness,” she enthusiastically explains. “Same with my sister. I was a very shy girl, but I got involved with ASUW, put up posters all over campus, and I got involved around campus. I will always remember what the UW did for me.”

Gunther’s memory is strong as ever, which is saying something because she celebrated her 100th birthday on July 30. Her UW memories date 60 years ago – she attended the University during World War II – yet she needs only five seconds to declare that her UW years were “the best years of my life!”

Learning the art of public speaking fostered her change from the days “when you could say boo to me,” Gunther says. “I entered beauty pageants and dance competitions because of that. And that’s why I founded Toastmasters clubs in the Denver area [where she has lived for many years].”

A native of Vancouver, B.C., Gunther attended private girls schools up through high school but declined a full scholarship to Mills College because she couldn’t stomach going to another girls school. A year at Hofstra College in New York wasn’t to her liking, so she came back to the West Coast to attend the UW for the final three years. She already had a family connection to the UW. “My dad graduated from the UW and taught mining metallurgy there” before he went into the mining business. 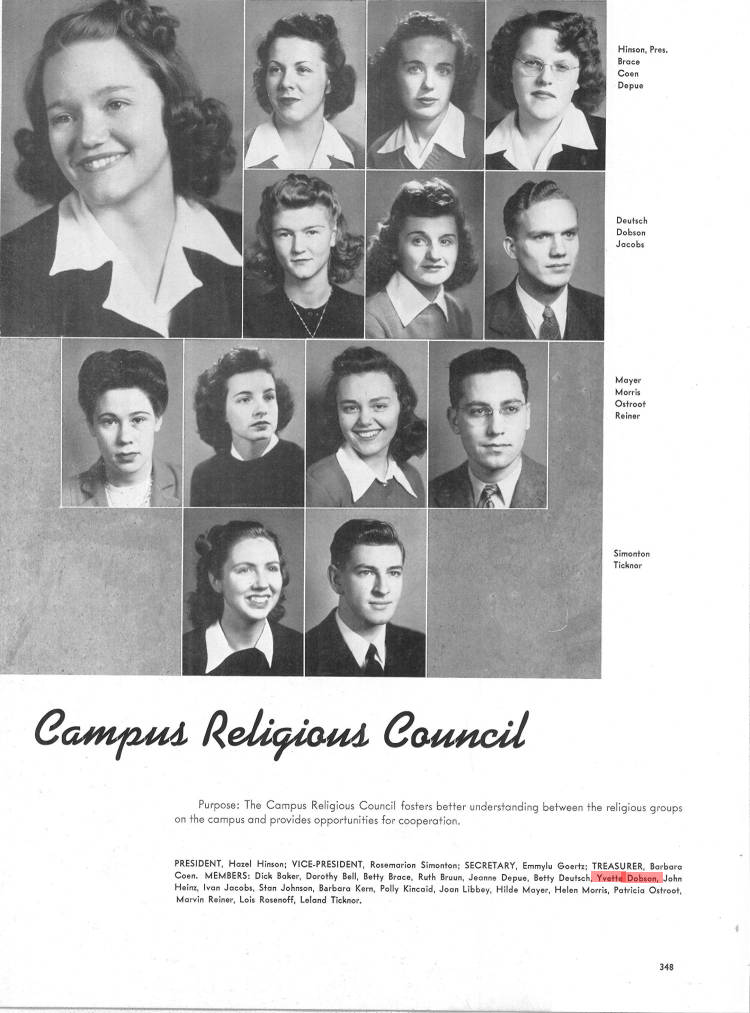 Yvette Gunther (née Dobson) was a member of the Campus Religious Council at the UW. 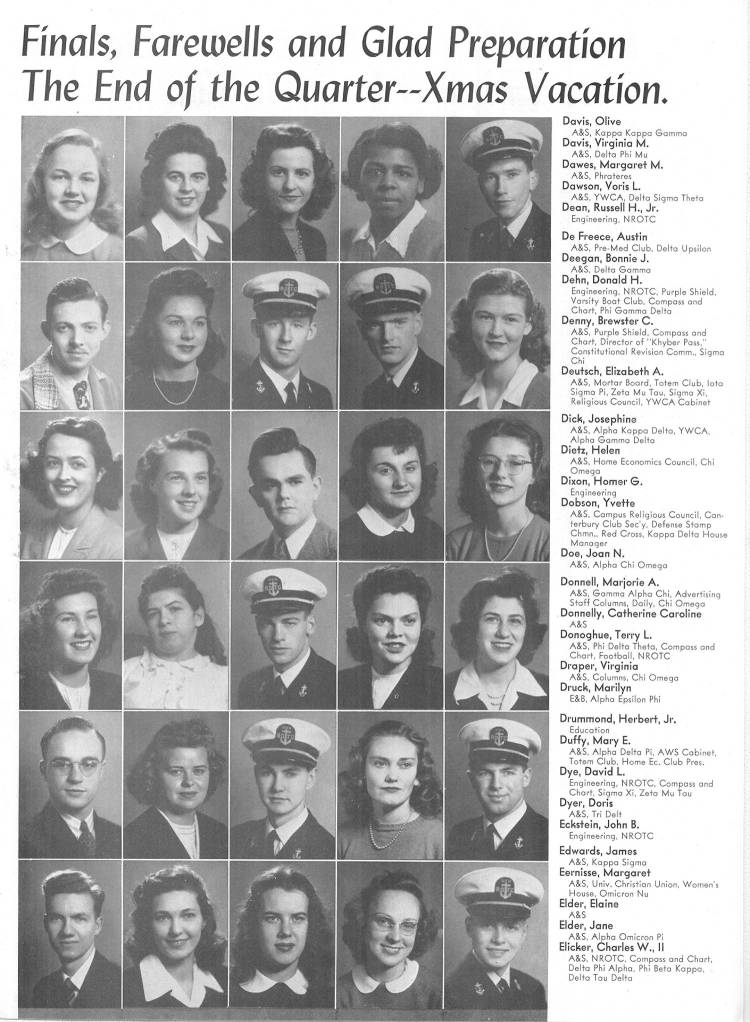 Yvette is pictured in the 1945 Tyee Yearbook (third row, second from the right). 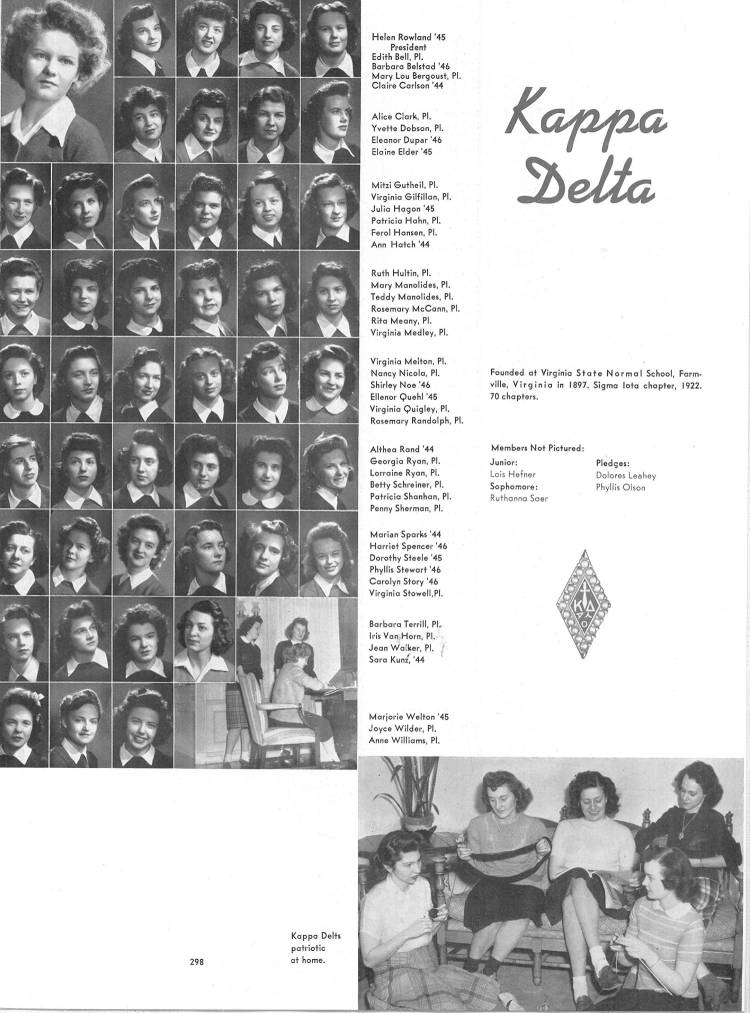 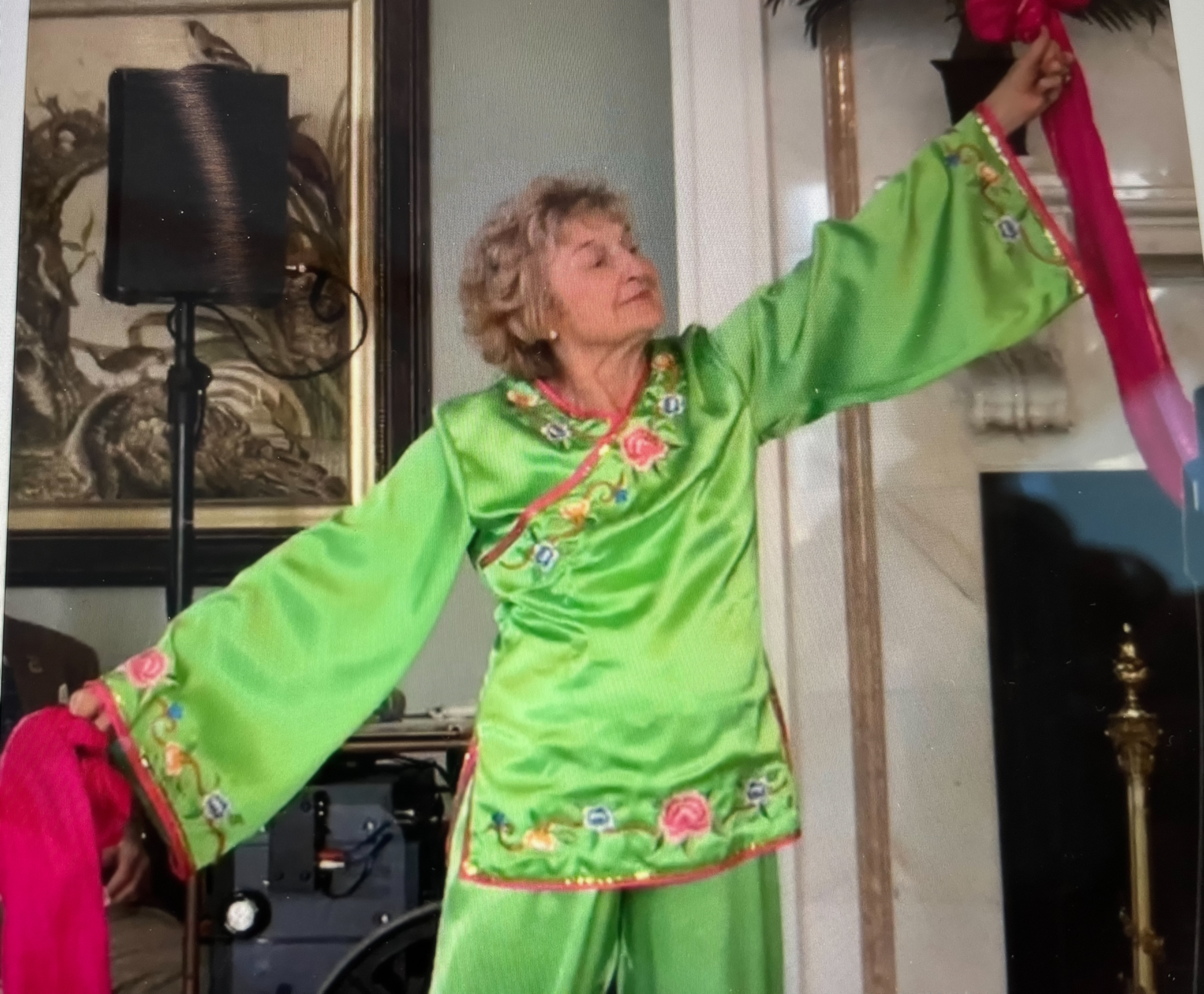 Yvette keeps an active lifestyle, even at 100 years old. 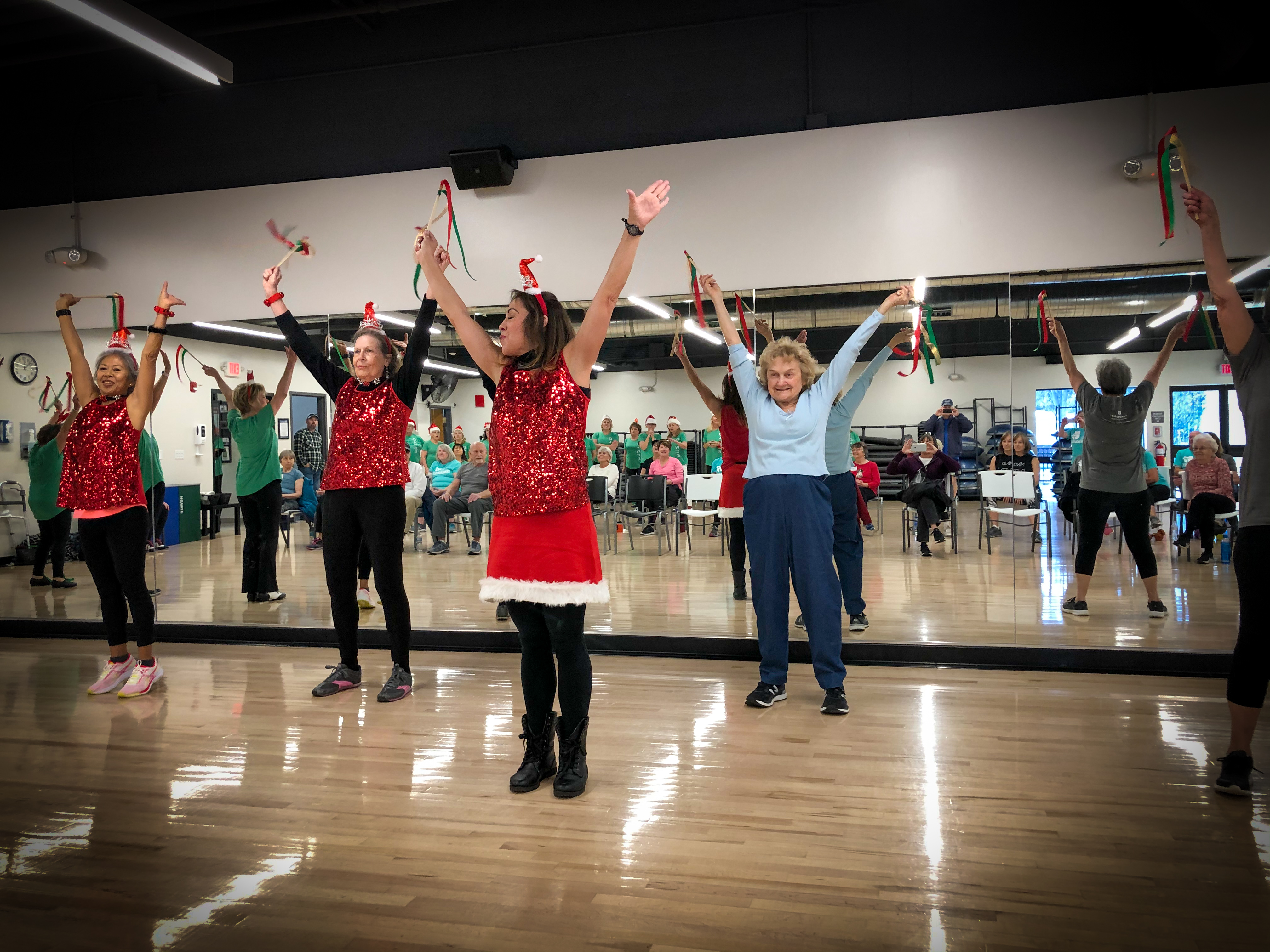 Yvette attends a senior fitness class in her town of Highlands Ranch, CO.

She loved the UW so much that she didn’t want to leave. But the summer after earning her bachelor’s degree in sociology and languages in 1945, she met her husband on a blind date, and they moved to his home state of Colorado. Her feelings for her alma mater have not dimmed one iota since she moved away nearly 80 years ago. Ditto for her enthusiasm for learning or connecting with people.

“I once was president of three AARP clubs at the same time,” she says. “I took as many classes as I could at the UW because I loved learning. And I really loved being a teacher of bilingual Spanish.”

Widowed twice, Gunther (who was married for 78½ years) keeps more than busy these days with community activities, clubs and seeing her four children, who live not too far away. (Her son Randy, a doctor, got a blood clot and died while working at his hospital in North Carolina.) And she still has the UW on her mind. “I’d love to go back one more time,” she says. “I will never forget the UW. It is such a great school.”