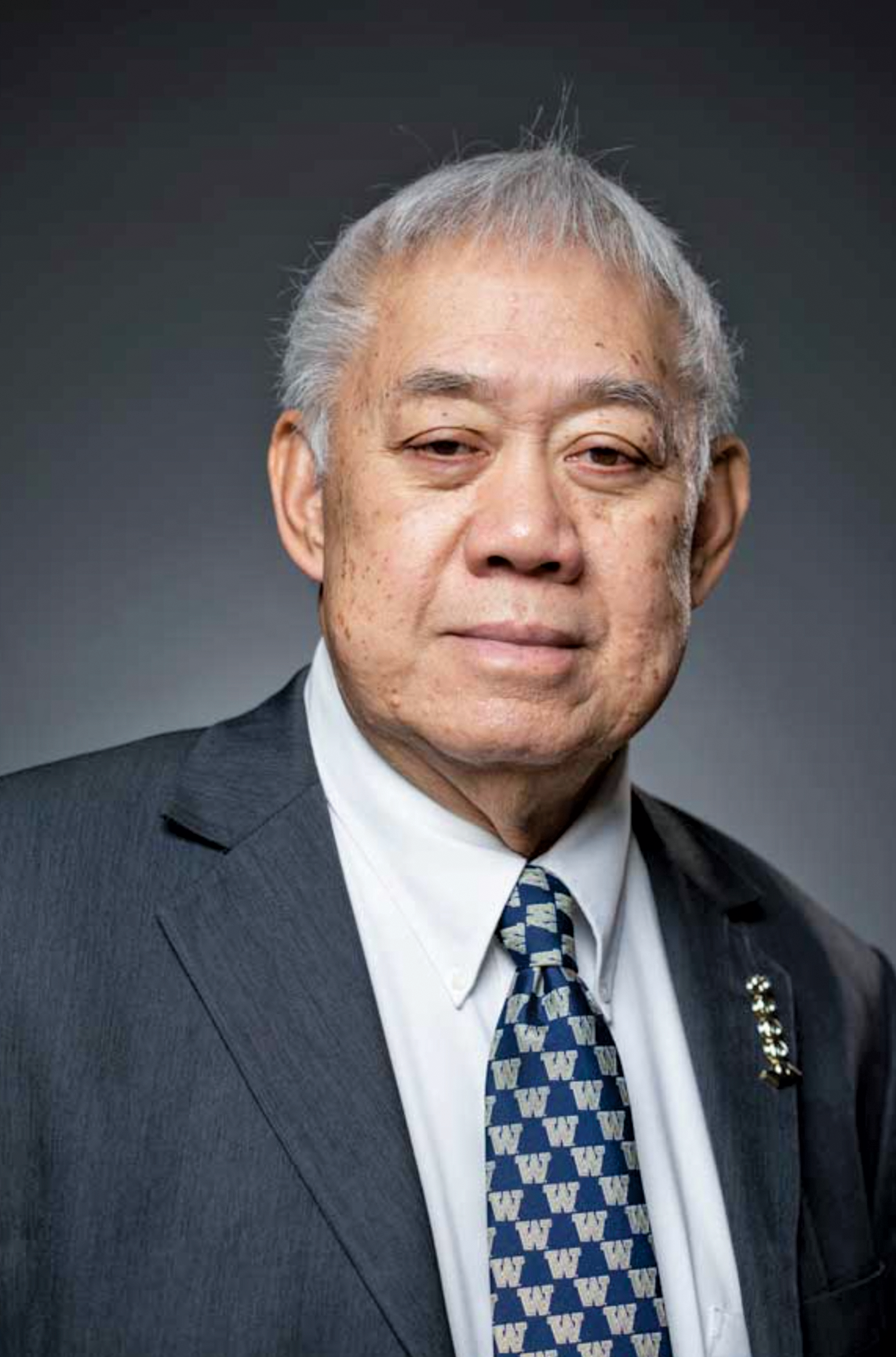 Frank Irigon will be honored at Celebration 2022.

A social and civil rights activist shaped by his own experience and the racial and political unrest and activism of the 1960s, Frank Irigon, ’76, ’79, is the recipient of the 2022 Charles E. Odegaard Award.

Irigon was born in Fort McKinley in the Philippines in 1947. His family immigrated to the U.S. in 1950 to join his father, who was stationed at Fort Riley in Kansas. From there they traveled to Germany and then to Fort Lewis in Washington, where the senior Irigon finished out his active duty.

Enlisting in the Army after high school, Frank Irigon served from 1965 to 1968. He furthered his education on the G.I. Bill, starting at community colleges in Tacoma and Seattle and then finishing a bachelor’s degree and a master’s in social work at the University of Washington. His experiences during those tumultuous times shaped his political views and inspired him to be of service to all people pursuing the American dream.

While at the UW, he took part in anti-war and social justice activism and joined the Asian Student Coalition. “When I was a student, the things we did were for the community,” he says. “Today, students are working with the community. They are coming and asking what does the community need them to do.”

Irigon was the first Filipino American on the Associated Students of the University of Washington board of control and later he ran on a minority/feminist slate for higher ASUW office. He ran for second vice president and the slate won. His aim in becoming a student body leader was to help direct funding for student programs.

Interested in protecting culture and community, Irigon initiated and helped lead a major protest at the 1972 groundbreaking ceremony for the Kingdome. The students represented the larger community in the nearby Chinatown-International District who feared the stadium would harm the nearby fragile neighborhood, where resources and public services were already in short supply.

Irigon co-founded and developed content for the Asian Family Affair, the city’s first pan-Asian community newspaper, which was first produced out of the UW’s Ethnic Cultural Center. He also co-founded and served as executive director for the International District Community Health Center. Today, Irigon serves on the boards of the Puget Sound Advocates for Retirement Action, the OCA Asian Pacific American Advocates—Greater Seattle Chapter, and the Asian and Pacific Islander Americans for Civic Engagement. Most recently, he has been out front drawing attention anti-Asian and Pacific Islander hate crimes. He is married to Felicita, whom he met at the UW, and they have three children and five grandchildren.

Established in 1973, the Odegaard Award honors individuals whose leadership in the community exemplifies the former UW president’s work on behalf of diversity. It was President Odegaard’s response to student-led calls for equity in 1968 that led to a University-wide commitment to diversity and the establishment of what is now known as OMA&D. The Odegaard award is regarded as the highest achievement in diversity at the UW.

Frank Irigon will be honored at Celebration 2022. The dinner event, which also highlights student success, can be attended in person or online at 6 p.m., May 18 in the Husky Union Building. For more information, contact Daya Terry: wmnterry@uw.edu.