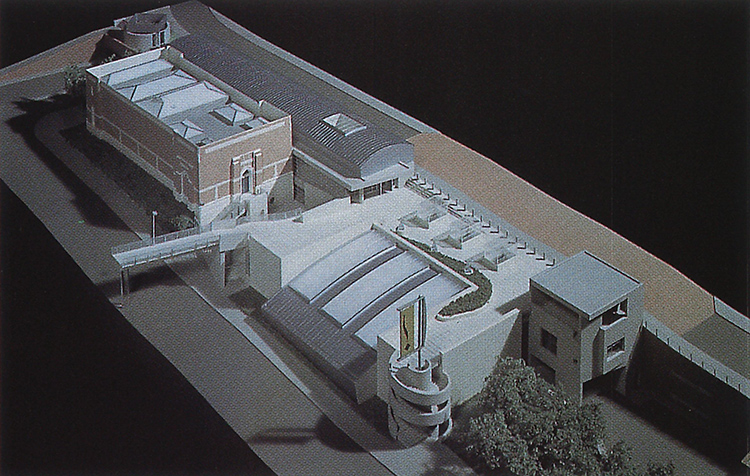 A 30,000-square-foot expansion of the Henry Art Gallery got a boost in February when the Allen Charitable Foundation pledged a $5-million matching gift. Architect Charles Gwathmey, who also created a new wing to the Guggenheim Museum in New York, has designed an enclosed sculpture court and rooftop plaza as part of the expansion. The original brick building is in the upper left. Photo © Jock Pottle, Esto Photographies.

The Allen Charitable Foundation will donate up to $5 million for the capital campaign for the Henry Art Gallery, the University announced Feb. 22. The gift, which must be matched dollar-for-dollar by other donations, will enable the gallery to expand its exhibition space, educational capabilities and visitor amenities.

The Henry Art Gallery has achieved international recognition for its innovative exhibits and has built a reputation for high-quality exhibitions exploring the relationship among artistic, social, personal and historic issues.

“The Henry is a wonderful resource for the people in the Northwest,” said Jo Patton, executive director of the Allen Charitable Foundation.

“It is dedicated to the notion of art exploration and raises questions about the interrelationships between art and society. The Henry has accepted the challenge of exploring the evolving role of museums in the next century and this is particularly interesting to me. The impact of new technologies—for communications, data and image distribution—is likely to enhance the present role of museums. The plan for the museum’s expansion will enable it to evolve to meet the educational and aesthetic needs in the future.”

Architect Charles Gwathmey, who created the acclaimed renovation and expansion of the Guggenheim Museum in New York, is designing the expansion of the Henry. Expansion will quadruple the size of the present facility to 40,000 square feet and will include new exhibition galleries and improved facilities for education, art handling and administration. There will be an enclosed outdoor sculpture court and a rooftop plaza serving as the western pedestrian gateway to campus.

Plans call for the museum to close during construction in 1995 and to reopen in the late fall of 1996.

The Henry Gallery capital campaign is headed by UW Regent Samuel Stroum and Henry Gallery Association Board President Walter Parsons. “This is a fabulous gift that launches the campaign in a significant way. The Allen family has taken a leadership role in supporting an important arts facility, and I know their generosity will inspire others,” stated Stroum.