Americans underestimate their weight, to the tune of 300 million pounds 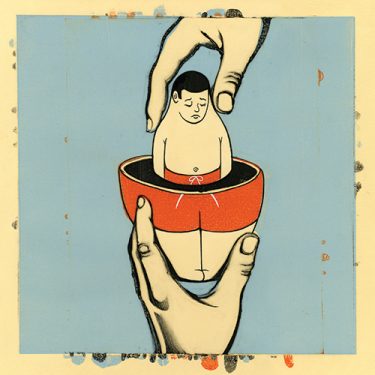 Television doctor Gregory House made famous the maxim “Everybody lies.” When it comes to reporting whether we’ve lost or gained weight over the previous year, we may not be lying exactly but many of us are guilty of wishful thinking.

UW researchers Catherine Wetmore (now with the Children’s National Medical Center) and Ali Mokdad of the UW Institute for Health Metrics and Evaluation indicate that Americans did a poor job of estimating their own weight change over a one-year period. Obesity increased in the U.S. between 2008 and 2009, but in response to the questions about year-to-year changes in weight that were included in the most widespread public health survey in the country, on average, people said they lost weight.

“People tended to say they lost weight over the past year but we know on average that they gained about 1.3 pounds per person. That roughly translates to an underreporting of 300 million pounds. Some people are clearly in touch with changes in their weight. If we average out the discrepancy between calculated and reported changes in body weight, we arrive at the 1.3 pounds,” said Wetmore, the study’s lead author.

Men did a worse job estimating their own weight changes than women. And older adults were less attuned to their weight changes than younger adults. Not everyone reported losing weight. The researchers found that reports of unintentional weight gain were more common in certain groups including:

The researchers said that the fact that many adults aren’t in touch with changes in their body weight might make it harder to be motivated to lose weight. “Misreporting of weight gains and losses also has policy implications,” Wetmore says. “If we had relied on the reported data about weight change between 2008 and 2009, we would have undercounted about 4.4 million obese adults in the U.S.”

More than 775,000 people were surveyed, and they were asked multiple questions about their weight. Based on the weight they reported, the prevalence of obesity in the U.S. would have declined from 2008 to 2009. Instead, the rate of obesity increased from 26 percent to 26.5 percent.

According to the Centers for Disease Control: