Anthony Ishisaka leaves a legacy of impact and humanity 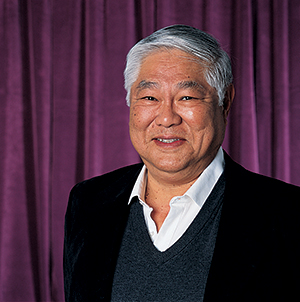 Created in 2017, the Distinguished Teaching Legacy Award honors a UW teacher, living or not, who has influenced and inspired students long after they graduated.

He may no longer be with us. But Anthony Ishisaka’s impact on legions of University of Washington students as well as all of Western Washington shines as bright as ever. The longtime associate professor in the School of Social Work was renowned for his love of teaching, mentoring and caring. Born at the Granada War Relocation Center in Colorado in 1944, he experienced injustice. It informed his sense of justice throughout his life and inspired him to co-found the Asian Counseling and Referral Service, the Seattle-based nonprofit that is one of the largest social-service providers for Asian Americans and Pacific Islanders anywhere.

To this day, his impact at the UW continues to be felt through the curriculum he created to train social workers how to respond to and interact with vulnerable populations dealing with chronic mental illness. “He had extremely strong feelings about teaching,” says his daughter Toshiye Ishisaka. “He lived what he valued.” Adds his other daughter, Naomi Ishisaka: “He was intellectually brilliant but very humble. He was able to connect with people from all walks of life. He really created a template of how to work in cross-racial solidarity.”

Isihsaka—who died July 16, 2019 at the age of 75 after 37 years at the UW—created the UW’s first service-learning opportunities with communities of color in the greater Seattle area through his role as School of Social Work’s associate dean of academic affairs. The school honored him with the 2008 Living Human Treasure Award for his work focusing on mental health and providing services for refugee communities. But it wasn’t just his work that made Ishisaka a treasure. It was his humanity. Naomi says her father “believed that everyone had power, and his role was to help them capitalize on that.”

“Tony was family to many of us,” recalls Edwina S. Uehara, professor and Ballmer Endowed Dean in the School of Social Work. “He was the most brilliant, well-read, wickedly funny, deeply caring, insightful and honest human being I’ve ever met.”

His daughters recall how their father had students over at their home all the time, “people who became our aunties and uncles to this day,” Naomi says. Other times, he was bringing his daughters with him to meetings in the Chinatown-International District and other communities around town. He dedicated himself to addressing the systemic problems plaguing communities of color, and it wasn’t hard for him to get students to follow his path. “He was so down to earth,” Toshiye says. “He didn’t abide academic elitism.”

Ishisaka, who joined the UW faculty in 1972 after completing three degrees at the University of California Berkeley, was honored by the University in 2003 for his community-based work when he was selected to receive the S. Sterling Munro Public Service Faculty Award. It is one of the UW’s most prestigious awards, and it recognizes faculty who have demonstrated exemplary leadership in community-based instruction, including service learning, public service internships and community partnership programs. The University is proud to recognize Anthony Ishisaka and the way he positively influenced students to make this a better world.