As pressure ramps up, students pare down their technology use 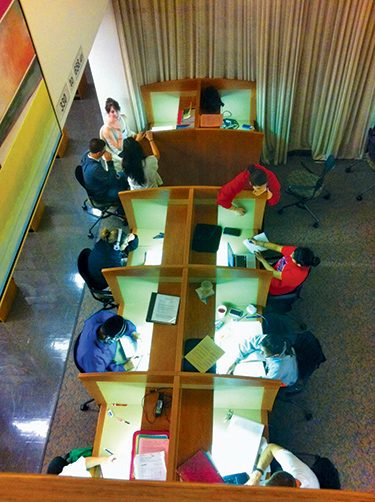 When the going gets tough, the tough leave some—but not all—technology behind. A UW Information School study found that college students—only weeks away from final exams and studying in the library—intentionally pared down their use of information technology (IT) devices.

“Our findings belie conventional wisdom about the ‘multitasking generation’ that’s always online, always using a variety of IT devices to communicate, game and do homework,” says Alison Head, a research scientist who led the study with Mike Eisenberg, professor and dean emeritus at the Information School.

Researchers conducted 560 interviews with undergraduates on 10 U.S. campuses, including the UW, the University of Puget Sound, City College of San Francisco, Ohio State University and Tufts University. Among the findings:

The bottom line: today’s students are savvy about technology—even about scaling back or shutting down under certain circumstances.