Astronomer discovers planet that looks a lot like home 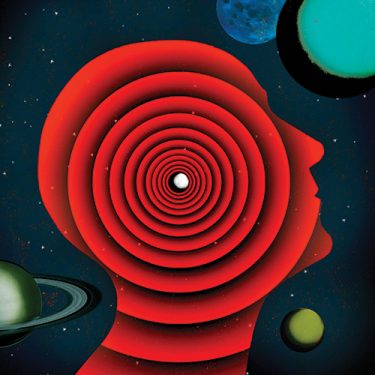 Searching for planets outside Earth’s solar system that could support life is a bit of a Goldilocks adventure: Some planets are too hot, some don’t have surface water, some orbit their star too closely. Using the Kepler telescope, scientists have been looking for Earth-like planets beyond the solar system since 2009. UW associate professor of astronomy Eric Agol has discovered perhaps the most Earth-like planet yet found outside the solar system.

Agol’s find is called Kepler 62f, a small, probably rocky planet orbiting a sun-like star in the Lyra constellation. The planet is about 1.4 times the size of Earth, receives about half as much heat and radiation as Earth and circles its star in 267.3 (Earth) days. It’s one of two “super-Earth” planets discovered in the star Kepler 62’s habitable zone, that swath of space the right distance from the star to potentially allow liquid water to exist on a planet’s surface, thus giving life a chance.

“The planets this small that we have found until now have been very close to their stars and much too hot to be possibly habitable. Kepler 62f is the smallest size and the most promising distance from its star, which by these measures makes it the most similar exoplanet (outside Earth’s solar system) to Earth that has been found by Kepler,” says Agol.