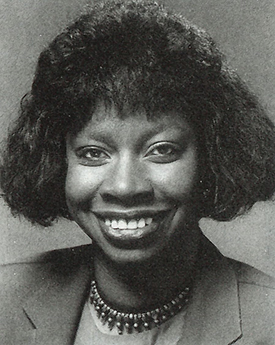 The Senate confirmation hearings for Supreme Court Justice Clarence Thomas, with its riveting testimony from University of Oklahoma Law Professor Anita Hill, showed Americans that this nation has a “cadre of black professionals” many of us didn’t know existed.

That’s the observation of UW graduate Audrey Edwards, a magazine editor and co-author of a book examining the accomplishments of black baby-boomers, Children of the Dream: The Psychology of Black Success.

The “children” Edwards and co-author Craig Polite studied and wrote about are black men and women who have achieved power and influence in the American workplace: an “integration generation” of people who came of age in the post-civil rights era and who entered the work force with a sense of “entitlement.”

Edwards, now a resident of Brooklyn, N.Y., is herself a member of that group. The daughter of a Boeing technical writer, she was born and raised in Tacoma. She graduated from the UW in 1969 with a bachelor’s degree in history and went on to earn a master’s in education from Columbia University. Today she’s editor-at-large for Essence, a black women’s magazine. She has been executive editor at Black Enterprise magazine, senior editor for Family Circle and associate editor for Redbook.

When Edwards took up residence in a UW dormitory in the mid-60s, she found her principal challenge came, not from the racial mix of the student body, but from the sheer size and impersonality of the campus. “We didn’t think racially the way kids do today,” she recalls, observing that minority students of her era had no black student union, multicultural activities, or minority-focused curriculum. “There’s more support (today) but I suspect kids feel just as isolated.”

While writing Children of the Dream, Edwards and Polite spent more than two years of traveling around the country interviewing successful black men and women. One common thread that emerged was a solid, positive racial identity from which these people draw affirmation and strength.

Blacks in America have made “revolutionary” strides in the past few years, says Edwards, who grew up in an era when African-Americans simply didn’t exist on television shows, in commercials or behind news anchor desks.

But, despite that progress, integration is still better in concept than reality and this generation of blacks, these “children of the dream,” are neither truly integrated nor assimilated. True integration means two groups moving toward each other, she points out. What is happening in America is not integration but, more-or-less, one-sided assimilation. Historically, immigrants to the United States have surrendered their “old country” ways, Edwards explains. To some extent, blacks have done the same thing. But today America is moving towards pluralism, she believes.

“The challenge for America is how to live in peace with its different people. If that’s not solved, the country is really in trouble.”