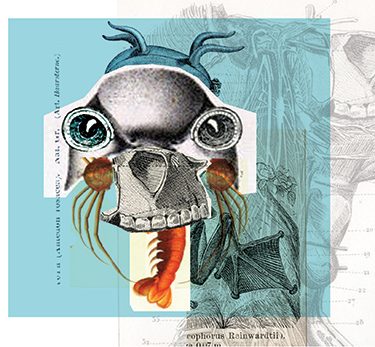 A team of scientists has identified a new species of “pre-mammal” based on fossils unearthed in Zambia’s Luangwa Basin in 2009. The ancient, dachshund-sized creature lived approximately 255 million years ago, in a time just before the largest mass extinction in Earth’s history.

Its discoverers include Christian Sidor, UW professor of biology and curator of vertebrate paleontology at the Burke Museum. Sidor and his colleagues, who announced their finding in the Journal of Vertebrate Paleontology, have named the creature Ichibengops munyamadziensis—or “Scarface of the Munyamadzi River.” This colorful designation combines the discovery location with the Bemba word for scar, “ichibenga,” since this long-extinct creature sported a unique groove on its upper jaw.

Ichibengops was a member of an extinct lineage of mammal-like reptiles called therocephalians or “beast-heads,” which refers to the qualities of their skulls. Its closest known relative lived in Russia at about the same time.

Therocephalians are a sister lineage to the reptilian ancestors of modern day mammals. Ichibengops, for example, had a hard, bony palate. But the diminutive carnivore also sported an unexpected feature—grooves above its teeth, which may have been used to transmit venom. If so, this would be a rare finding among therocephalians, mammal-like reptiles and even mammals. Among mammals alive today, only the duck-billed platypus and several species of shrew produce venom.