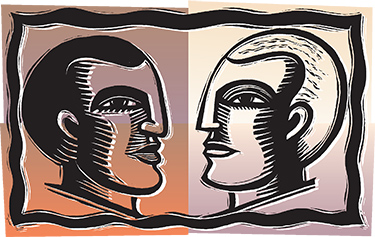 A UW experiment using primarily white and Asian college students found that people were more likely to shoot blacks than whites, even when the men were holding a harmless object such as a flashlight rather than a gun. In a computer simulation exercise, subjects were given only a fraction of a second to respond to images of men popping out from behind a Dumpster.

Although the subjects in this study were college students, Psychology Professor Anthony Greenwald says there is every reason to believe that police officers have the same prejudices or psychological perceptions about race.

“Police receive training to make them more sensitive to weapons, but they don’t get training to undo unconscious race stereotypes or biases,” says Greenwald. “There are some very sophisticated simulators police officers can train on, but they are geared to weapons, not race. Bias awareness training could give officers the chance to discover and counteract automatic stereotypes that can interfere with the best performance of their duties.”

He bases that conclusion on data collected from hundreds of thousands of people who have taken versions of the Implicit Association Tests (IAT), including one that measures unconscious attitudes about people and weapons. The majority who have taken the tests exhibit some form of unconscious racial, ethnic, gender or age prejudice or stereotype.

In the study, college students were asked to play the role of a plainclothes police officer. Their job was to take quick action in response to three categories of simulated targets: criminals, fellow officers and citizens. Students were given less than a second to respond-eight-tenths of a second in experiment one and nine-tenths of a second in experiment two-to figures that popped out from behind one of two Dumpsters.

Results indicate that the subjects had greater difficulty distinguishing weapons from harmless objects in the hands of blacks than whites. They also were more likely to shoot when the target person was black, regardless of knowing what was in the person’s hand. In the two experiments, whites were wrongly “shot” 26 percent of the time while blacks were wrongly “shot” 35 percent of the time, which is statistically significant.

“The practical value of our work is for people who manage police on the beat. Our studies and the previous ones lead to the conclusion that we need to look at what kind of training officers are receiving and what kind of training is needed to eventually overcome race-influenced errors that have resulted in blacks being hugely over-represented among victims of mistaken shootings by police,” Greenwald says.

Co-authors of the study are Mark Oaks, a psychology doctoral student, and Hunter Hoffman, a research engineer in the UW’s Human Interface Technology Laboratory where the virtual reality simulation was created. People may take the IAT test that measures unconscious attitudes about people and weapons at a Web site operated by the Southern Poverty Law Center. Results from the study were published in July in the Journal of Experimental Social Psychology.