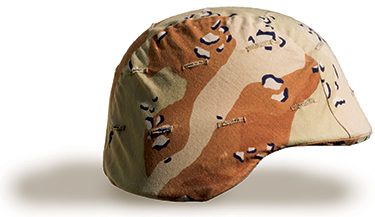 Recently, doctors have debated the cause of neurological problems affecting many soldiers returning from Iraq and Afghanistan. Some say symptoms such as memory loss, mood swings and insomnia are due to psychological conditions like depression or post-traumatic stress disorder. But now, a team of UW and Veterans Affairs researchers has gathered the first direct evidence that blast waves from roadside bombs can cause long-term changes in soldiers’ brains.

The team conducted positron emission tomography (PET) scans in 12 Iraq veterans who had been exposed to an average of 14 roadside bomb blasts. Compared with a group of 12 volunteers who had never served in the military, the soldiers showed reduced activity in four areas of the brain linked to emotion, language, mental focus and sleep.

“We’re the first people to establish that there are objectively observable brain changes in veterans who have had these multiple blast concussions,” says Elaine Peskind, professor of psychiatry and behavioral sciences, who led the research team.

Since those results were published online in the journal NeuroImage in April, the researchers have performed PET scans in nine more blast-exposed veterans.

They’re also taking samples of the soldiers’ spinal fluid to look for molecules that could indicate an increased risk of developing dementia in the future. “This is a really new phenomenon,” says Peskind. It’s not clear what these brain changes mean for the veterans and active-duty soldiers over the long term, but Peskind and her team plan to continue piecing the puzzle together.