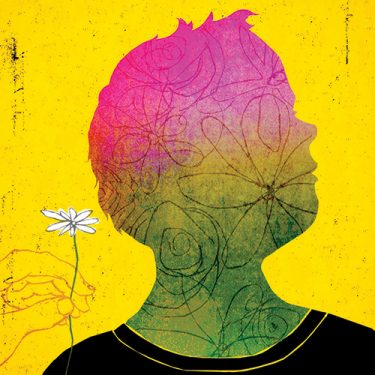 Between ages 3 and 10, children with autism spectrum disorder exhibit distinct brain chemical changes that differ from children with developmental delays and those with typical development, according to a new study led by UW researchers.

The finding that early brain chemical alterations tend to normalize during the course of development in children with autism spectrum disorder gives new insight to efforts to improve early detection and intervention. “In autism, we found a pattern of early chemical alterations at the cellular level that over time resolved—a pattern similar to what others have seen with people who have had a closed head injury and then got better,” says Stephen R. Dager, professor of radiology and adjunct professor of bioengineering and associate director of UW’s Center on Human Development and Disability.

Despite the encouraging finding, science has yet to pinpoint the when, what and why of autism’s inception. Discovering the earliest period that a child’s brain starts to develop a profile of autism spectrum disorder is crucial because, as the study acknowledged, “even a relatively brief period of abnormal signaling between glial cells and neurons during early development would likely have a lasting effect” on how a child’s brain network develops.