EDITOR’S NOTE: The University of Washington community lost one of its most beloved members when Bryan Pearce, longtime University Book Store CEO and UWAA board member, died April 20 at the age of 55 from cancer. In ill health, he stepped down in January. He was posthumously presented with the UWAA’s Distinguished Service Award for 2013. The following is an excerpt of a tribute written by colleague Brad Craft. The complete tribute can be found at https://www.goodreads.com/author_blog_posts/4104215-the-good-life. 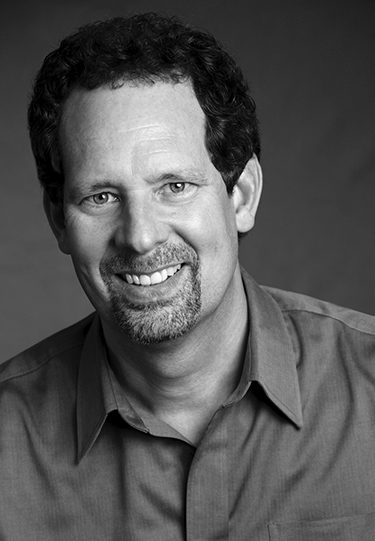 Bryan Pearce was a good man. He was a husband and a father, the CEO of the company, a force in both the business of independent and college bookstores, a devoted graduate and supporter of the University of Washington. Bryan’s was a life and a career that affected more people, I suspect, than he knew.

He was a gentleman. He invariably said, even of someone as remote from his position in the company as me, that we “worked together.” Bryan’s sincerity was new to me in a man in his position, at least when addressing a man in mine.

Bryan invariably meant what he said. That is a rare thing in my experience of bosses, and of men, come to that. When he asked for my opinion, he meant it. Though I can’t but think he must have regretted the question more than once, he never stopped asking. When he said he shared my concerns, he did. When he said he would follow up on something, he did.

He proved to be a most unlikely and powerful ally in every small effort or initiative I made to improve either my job or the bookstore. His backing of the idea, and management of the practicalities involved, is the reason we sell used trade books. He was a very real collaborator, not just another man at a meeting. His enthusiasm for the bookstore, and his genuine belief in the company’s mission—to serve the students, faculty and staff of the University—was truly a wonderful thing to see. There was no better advocate for the bookstore to the campus and no one more devoted to meeting the needs of the University’s students. It was quite obvious he loved his job. He loved the place. He loved the school. Even in difficult times for college bookstores, he loved coming to work and believed in what we do.

In just the last year or so, when it became increasingly obvious that he was ill, I would watch him in the mornings when he would come down to the sales floor, alone. He would often just walk about the place, smiling. The last time I saw him, it was quite early one morning after he’d already announced his early retirement. I don’t know that he saw me at my desk. Traffic had been unexpectedly light that morning. I’d gotten in very early. I sat and watched him for some minutes. He simply stood in the middle of the lobby, looking. It was inexpressibly sad. The place was his life’s work. He’d done well. Clearly, he was saying goodbye. I didn’t want to intrude.

Later that same morning, I saw him briefly once more, on his way out. This time I caught his eye. We smiled. Neither of us spoke. Neither of us waved.

When I learned of his death, I immediately regretted that last, lost opportunity to say goodbye. Now I don’t. I will remember him, always, smiling.

He was a good man. He was an excellent boss. I’m flattered when I remember that he introduced me to strangers more than once as his friend. I know he was one to me, as unlikely as that may have seemed when we met. I respected and admired him. He was universally acknowledged to have been a leader in his field. He was a lovely man. He was clearly loved. I will miss him.

We have lost a good man, an example of what it means to be decent, honest, kind. We need such people. They make us better for having known them. They make us smile.