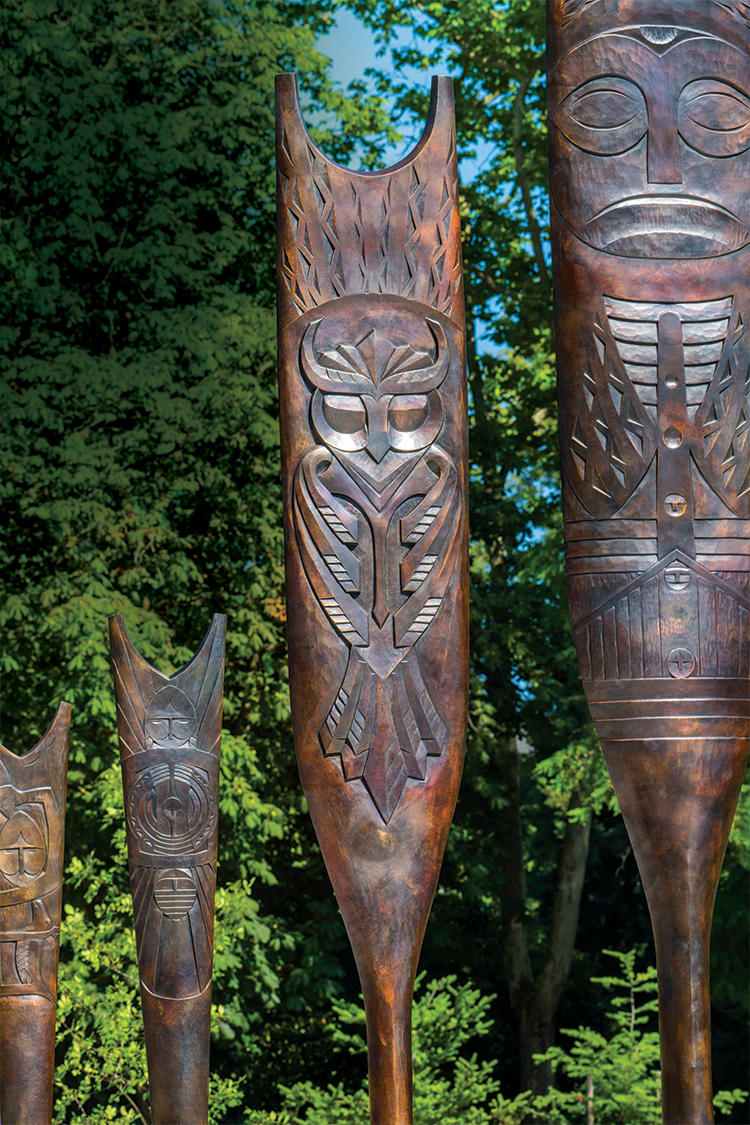 Courtesy of the Burke Museum

Johnson, who is also the Chinook Indian Nation Chairman, studied art and anthropology at the UW in the 1990s. He hopes the artwork inspires that moment of greeting and respect when canoe families raise their paddles as they land on neighbors’ beaches.

The piece consists of 11 large-scale bronze paddles arranged in the shape of a canoe. All the pieces are modeled after existing paddles used by families who live near the mouth of the Columbia River. Those in front, the furthest from the museum, are modeled after 200-year-old paddles in Johnson’s own family.

“For us, being able to bring this Chinookan style here, along with all the teachings associated with it, is really exciting,” says Johnson.