Campus turns Tacoma district from an ugly duckling to a swan 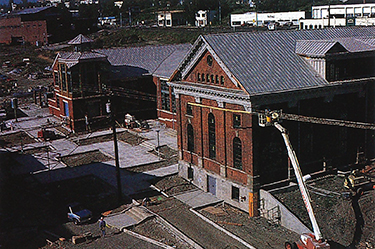 In 1989, it took extraordinary vision to see a new campus of the University of Washington rising out of an empty district on the fringes of Tacoma’s decaying downtown.

That year the Legislature and Gov. Booth Gardner authorized two UW campuses in the Puget Sound region, but no one was quite sure where the permanent Tacoma campus would go. There were several alternatives, including land next to Tacoma Community College, a chunk of the Hilltop District and farmland south of I-5 near Fife.

Some community leaders pushed for the Tacoma Community College site, which had open land, free parking and a natural base of students. But UW leaders and many Tacoma activists saw the potential in a brick warehouse district along Pacific Avenue. Just across the street, an old railroad station was being renovated as a federal courthouse and a state history museum was planned next door. In 1990 that site was blessed by both the regents and the state’s higher education board.

When I toured the site a few years later, I wondered if these visionaries were actually blind. Boarded up warehouses with broken windows stared back at me. Hundreds of pigeons made one empty structure their home—excrement coated the walls and floor. Blackberry bushes occupied any vacant stretch of land.

When I came back this summer, I was amazed at the transformation. Instead of pigeons, hundreds of construction workers were putting the finishing touches on the campus. You could write an epic catalog of the improvements: new brickwork, shining glass windows, atria to bring in daylight, some new construction harmonious with the old, even a Starbucks open for business. An ugly duckling has sudden become a swan.

Just as it took guts and vision to place a university in a frontier mill town in 1861, it took determination and imagination to place a campus in an old warehouse district. One hundred years from now, the editor of the UW Tacoma alumni magazine will probably write a column hailing that decision. I just beat him or her to the punch.