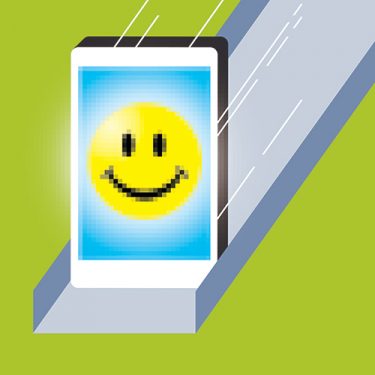 A new UW study finds that cellphone use at playgrounds is a significant source of parental guilt, as well as a powerful distraction when children try to get caregivers’ attention.

The largest group of surveyed parents, nannies and adult babysitters—44 percent—felt they ought to restrict cellphone use while watching children at playgrounds but felt guilty for failing to live up to those ideals, the study found.

In 32 instances when researchers observed a child trying to interrupt an adult using a cell phone, the caregiver completely failed to respond, speak or look away from the phone 56 percent of the time.

On the other hand, the total amount of observed cell phone use in Seattle playgrounds was relatively low. Nearly two-thirds of caregivers spent less than 5 percent of their time at the park using a phone, and many phone interactions lasted less than 10 seconds.

“Phones do distract us and that’s something to be aware of, but I think it’s not nearly as bad as some people have made things out to be,” said co-author Julie Kientz, associate professor of human centered design and engineering. “Plenty of people are being really attentive parents and thinking deeply about these issues.”