Clinician who studied at UW earns Nobel Prize in medicine 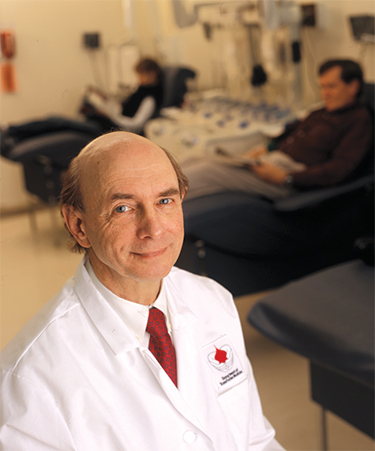 Harvey J. Alter, a UW resident in internal medicine from 1964-65, has received the 2020 Nobel Prize in Physiology or Medicine for his contributions to the discovery of the hepatitis C virus. He shared the award with Michael Houghton and Charles M. Rice.

The virus can cause liver cancer and failure and, like hepatitis B, is transmitted through blood and bodily fluid. If untreated, lead to long term complications and even death.

After training at the UW, where he honed his interest in hepatology, and a fellowship at Georgetown University, Alter joined the NIH Clinical Center’s Department of Transfusion Medicine. In the 1970s, he identified a new type of hepatitis virus that was clearly not types A or B. A few decades later, Houghton isolated the virus and Rice studied its replication, which led to effective treatments.

About 2.4 million people in the U.S. are estimated to be living with hepatitis C, according to the U.S. Department of Health and Human Services.