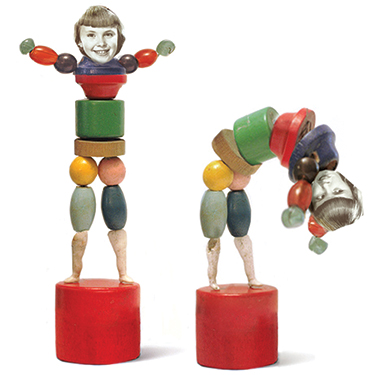 Andrew Meltzoff sat down at the kitchen table with his daughter to help her learn the multiplication tables. “She was doing great,” says Meltzoff, a UW psychology professor, “but when she reached a difficult part of the nine times tables, she looked up at me and said, ‘Dad, don’t you know that girls don’t do math?’ ”

Meltzoff was surprised. “We were trying to raise her in a household that was gender-neutral regarding who does math and science,” he says. “My wife is great at math and a scientist herself.”

The “math is for boys” stereotype has been used as part of the explanation for why so few women pursue science, mathematics and engineering careers. The cultural stereotype may nudge girls to think that math isn’t for them, which could affect what activities they engage in and their career aspirations.

But the stereotype that girls don’t do math is not universal across cultures. Dario Cvencek, ’07, a postdoctoral fellow at the UW Institute for Learning & Brain Sciences, was born and raised in the former Yugoslavia. “We didn’t have that stereotype where I grew up,” he says. “People there thought that math went with girls just as much as it did with boys.”

In a recent study, Cvencek found that for girls, lack of interest in mathematics may come from culturally communicated messages about math. With Meltzoff and Anthony Greenwald, another UW psychology professor, Cvencek studied whether American children have adopted the “math is for boys” stereotype during elementary-school years, and if so, whether they apply that stereotype to themselves.

The research was funded by a National Science Foundation grant to the LIFE Science of Learning Center.

The researchers used a computer-based categorization test, the Implicit Association Test, to assess how school children link math with gender. Greenwald created the test, which when used with adults can predict actual math performance and real-world choices.

The kids, boys and girls in grades one through five in Seattle-area schools, sat in front of a large-screen laptop computer and used an adapted keyboard to sort words into categories.

In one part of the test, children sorted four kinds of words: boy names, girl names, math words and reading words. What the researchers discovered was that as early as second grade, children demonstrated the American cultural stereotype for math: boys and girls associated math words with boy names. In another part of the test, boys identified themselves with math more than girls did.

“Our results show that cultural stereotypes about math are absorbed strikingly early in development, prior to ages at which there are gender differences in math achievement,” says Meltzoff, who holds the Job and Gertrud Tamaki Endowed Chair at UW.

Parental and educational practices aimed at enhancing girls’ self-concepts for math might be beneficial as early as elementary school, when youngsters are beginning to develop ideas about who does math.

Math is “alive, joyful and creative. If girls get more messages that math is imaginative, they might identify with it more,” says Elham Kazemi, associate professor of curriculum and instruction in the UW College of Education. “It’s easy for people to express dislike for math, and to say ‘I’m just not a math person,’ but people do lots of math outside of class.”

Kazemi helps elementary school teachers feel more confident in their math skills. She says that emphasizing persistence and problem solving—rather than speed and competition—and using open-ended math problems with different solutions and different ways of thinking about each problem could help girls with math.

Parents can help kids’ interest in math too, by pointing out the mathematics of daily life, such as in cooking, shopping, saving money toward a goal and playing board games. Kazemi’s two children, for example, calculated that a six-day vacation in a rental cabin with a bunk bed meant three nights for each sibling on the top bunk.

“I did math in the car with my daughter,” says Fran Partridge, a former math coach for Seattle Public Schools. During a car trip to Portland, Ore., for instance, Partridge told her young daughter how fast they were going and how many miles they had left and asked her what time they would arrive.

Partridge, who is a STAR mentor for first-year teachers in Seattle Public Schools, has heard kids say that boys are better than girls at math or that a student is good at math “because he is a boy.” She helped come up with strategies for teachers to use to encourage girls during math lessons, such as being careful to call on girls at least as often as boys and recognizing girls’ math achievements.

Partridge emphasizes the use of gender-neutral language, saying that during math lessons teachers should address their students as “mathematicians” not “you guys.”

“Language is very important,” she says, suggesting use of girl names and “she” pronouns when explaining math problems in class. “Teachers should constantly be aware of how their language communicates the message that males are more important. This can be particularly true in math.”