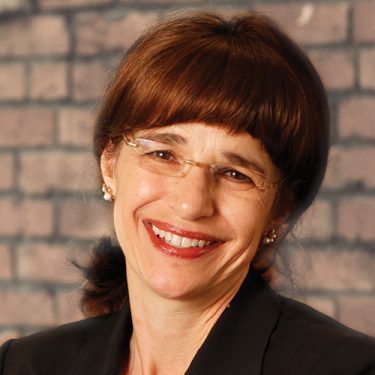 Debra Friedman loved the University of Washington. She earned two degrees here, served as a UW faculty member and administrator from 1994 to 2005, and in 2011, she left her position as vice president for Arizona State University’s downtown Phoenix campus to become chancellor of UW Tacoma—a job she threw herself into.

Friedman, who died Jan. 26 at the age of 58 after a short battle with lung cancer, made an impressive mark in short tenure. “From the very first conversation, and dozens that followed,” says Bruce Kendall, president and CEO of the Economic Development Board for Tacoma-Pierce County, “she made sure that all of us knew this was our University, not her University. She was one of us.”

Among her passions, Friedman, ’79, ’83—whose daughter Eliana Hechter graduated from UW in 2006 as a Rhodes Scholar—was all about bringing educational opportunities to veterans and military personnel at nearby Joint Base Lewis-McChord. Says UW Provost Ana Marie Cauce: “Students could feel how much she loved this place.”