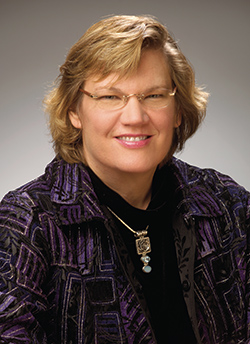 Those who knew Denice Dee Denton describe her as a strong leader who was never afraid of a challenge. To many, the news of the death of the former dean of the UW College of Engineering came as a shock.

Denton, 46, died June 24 in San Francisco in an apparent suicide. At the time she was chancellor of the University of California, Santa Cruz. Denton’s mother, Carolyn Mabee, indicated to the press that her daughter had been depressed, and personal as well as professional pressures may have been a factor in her death.

As the first female dean of any major research university’s engineering school, and the youngest academic ever to be named chancellor of UC Santa Cruz, Denton was known as an avid supporter of diversity and a role model to women pursuing careers in the traditionally male-dominated science-related fields.

But simply being a female was not the only quality that made Denton different. Besides being an expert in the field of micro­electromechanical engineering—having earned her bachelor’s, master’s and doctorate degrees from the Massachusetts Institute of Technology—she was also a nationally recognized leader in engineering education reform.

In 2004, Denton was one of nine recipients of a Presidential Award for Excellence in Science, Mathematics and Engineering Mentoring, an honor from the White House for her leadership in promoting diversity in science and engineering.

While at the UW, Denton helped found the Center for Engineering, Learning and Teaching, a first-of-its-kind program that helps students and educators alike get the most out of engineering research and material.

In early 2005, Denton made national headlines when she criticized Harvard President Lawrence Summers’ comments suggesting that the shortage of elite female scientists may be a reflection of innate differences in the ability of the genders.

UW President Mark Emmert, ’75, remembered Denton as an educator who “believed it was important to make academia a more humane place, where students and faculty could do important work and lead rich lives,” and was “very committed” to social justice issues for minority groups.