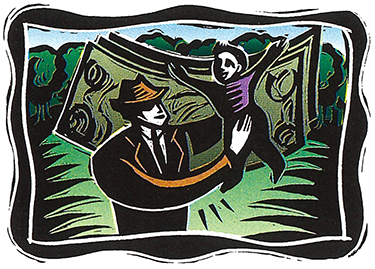 Social Work Professor Pauline Erera, who recently completed a study of divorced fathers in the U.S. and Israel, says that it’s time to understand dads beyond the issue of dollars.

“For hundreds of years fathers were cast as breadwinners, but now in this decade we want so much more—that they should be attentive, caring, involved and attend the birth of their children. But men are still judged only on one major factor: Do they or don’t they pay child support?” she says.

In her study, she found many similarities between divorced dads in Israel and the U.S. In both countries mothers receive custody about 90 percent of the time and the economic and psychological consequences are similar.

“Divorced men who are involved with their children tend to be happier, their lives are fuller and more meaningful and they are not driven with guilt,” she says.

“Being a non-custodial father is not easy. There are no role models and men are still in an embryonic state. They need to invent a model for themselves,” she says.