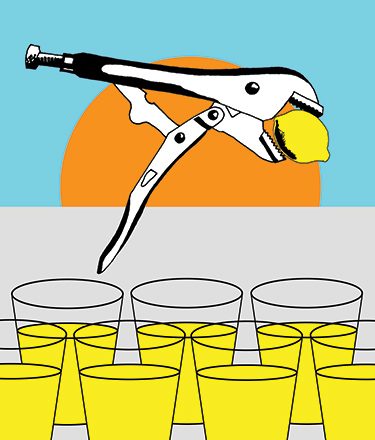 Gov. Chris Gregoire, ’69, ’71, warned that her 2009-11 state budget would contain “something … for everybody not to like,” and the University of Washington proved to be no exception. The plan she presented on Dec. 18 consists of across-the-board freezes and cutbacks-an effort to spread the pain around in the face of a nationwide economic downturn-and includes a cut of 13 percent from the UW in particular. That will mean a loss of about $116 million from the UW’s general fund support.

The loss will be felt all the more acutely at the UW after a biennium that saw the most generous state funding in 20 years. UW President Mark A. Emmert said in a statement that the cuts to higher education may be “pennywise but pound foolish,” arguing that the UW is among the state’s most reliable economic engines. He vowed to work with the Legislature to arrive at a budget that “does not do the kind of damage from which it may take years and years to recover.” The Legislature will make its revisions and return the budget to Gregoire for signing, most likely in late March, following that month’s revenue forecast.

Tuition increase in the cards?

A budget more favorable to the UW may require tax increases and/or improved revenue projections, neither of which seems likely. “The next revenue forecast is expected to trend down,” says Randy Hodgins, the UW’s director of state relations. Legislators may raise the cap on tuition increases, which currently stands at 7 percent, to offset some of the lost state funding. “It’s highly likely that a tuition increase above 7 percent will be on the table,” Hodgins says.

The University’s current enrollment is about 1,100 students larger than it was projected to be, which has increased class sizes and put a strain on some resources. In an effort to lower costs, UW Seattle officials decided not to accept new students for the 2009 spring quarter. Nearly 325 letters were sent to applicants who would have been accepted under ordinary circumstances, explaining they had the choice of freezing their application for fall consideration, applying for a $55 application fee refund or attending either the Bothell or Tacoma campuses.

If Gregoire’s budget passes as proposed, it will force the UW to cut 600 administrative and faculty jobs, President Emmert told The Seattle Times in early February. An even leaner budget would mean additional layoffs, he said.