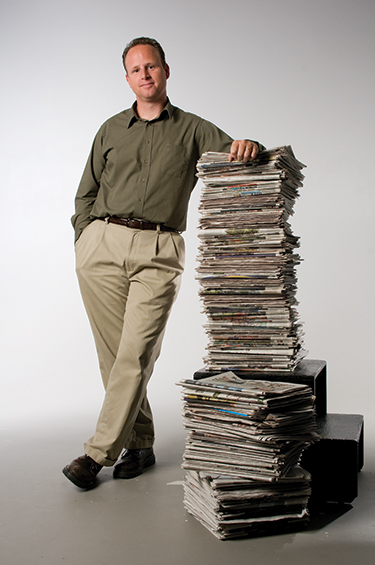 David Domke is head of journalism at the UW and a widely published expert on the subject of religion in politics. His most recent book is The God Strategy: How Religion Became a Political Weapon in America. He spoke with Columns Co-Editor Eric McHenry on Nov. 6 about the presidential campaign that had ended two days earlier

Did the election turn out as you predicted?

Does this election put the “Bradley effect” [the idea that some white voters lie to pollsters about supporting black candidates] to rest for good, or for now?

I think it’s premature to say. I don’t know to what extent the Bradley effect has really been documented in elections. Even the original Bradley effect moment has been disputed. So has race perhaps become less of an important phenomenon in national politics? I’m not prepared to say that. I think that what we had in Barack Obama was a uniquely talented candidate who, in the midst of an economic crisis, was able to convince Americans that he offered the better approaches.

Do you think McCain’s strategists now feel that picking Sarah Palin was a mistake, even though she helped capture the evangelical Republican base?

I think in retrospect they would pick differently. But it was a damned-if-you-do, damned-if-you-don’t situation, because he really didn’t have the base of the party. In American politics you win the election by winning the base during the primary and then running to the center. And he had to do the exact opposite. He actually won over the center of the Republican Party in the primaries, but he never won over the base. So he had to run to the right and nominate Palin.

What does this mean for “The God Strategy”? Have the results of this election been a referendum on that?

There was a very interesting Pew Center study recently that asked people about how much they wanted religious organizations to be involved in everyday social/political matters. Over the last decade, the majority of people have said that churches and other religious organizations should be involved. It’s been about 53-43. But this August when they asked that question the numbers had fl ipped. People were now saying, by about 53-43, that they did not want religious organizations involved in day-to-day social/political questions. And that shift occurred, interestingly enough, among Republicans and Independents, not among Democrats. So it’s possible for a whole host of reasons that that camp has had enough of this for right now, too.

What role do you see religion playing in the Obama administration?

I think he will make sure that people are aware of his faith. In his inaugural, he will be clear in emphasizing the faith tradition as a part of American politics. However, I don’t think that we’re going to see the kind of fusion of religion and policies that we saw with Bush. The tradition has been that religion is a part of the American story, but one kept at a fair arm’s distance from policy. I think that Obama will move back toward that tradition—where faith is definitely part of who he is and what he does, but when he talks about Iraq, he isn’t going to be talking about God.