For his dedication to the UW and Chicano/a/Latino/a communities, Erasmo Gamboa receives the 2022 Retiree Excellence in Community Service Award. 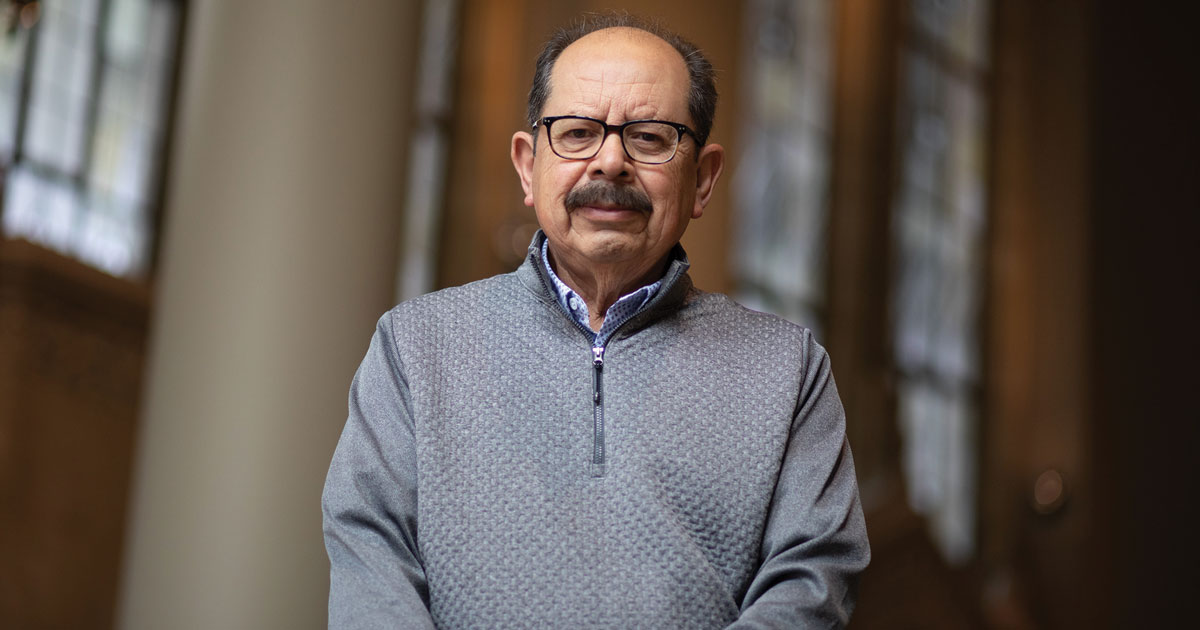 The UW Retirement Association (UWRA) presents Erasmo Gamboa with the 2022 Retiree Excellence in Community Service Award. This honor from the UW and the UWRA pays tribute to UW retirees who have demonstrated exceptional dedication to community service following their retirement.

Scholarship and public service went hand in hand during Gamboa’s more than 40 years as a Latin American Studies scholar. A child of farmworkers in Eastern Washington, he was one of a small group of students of color recruited to attend the UW in 1968. There he helped found the UW chapter of M.E.Ch.A (Movimiento Estudiantil Chicanx de Aztlán).

As a teacher and historian, Gamboa, ’70, ’73, ’84, became a leading expert on the Latinx experience in the Pacific Northwest. In 2007 he was given the UW Outstanding Public Service Award.

Since his 2017 retirement, he has helped open The Sea Mar Museum of Chicano/a/ Latino/a/ Culture, the first museum to showcase the history and culture of the region’s Spanish-speaking communities. He also identifies buildings of historic significance for the Washington State Historical Society. Over the decades, Gamboa has served as trustee, board member or adviser to the Ethnic Heritage Council, the Washington Commission for the Humanities and the Washington State Centennial Commission. He has continued to raise money for Sea Mar Community Health Centers, which provide health care support and other resources for diverse communities.