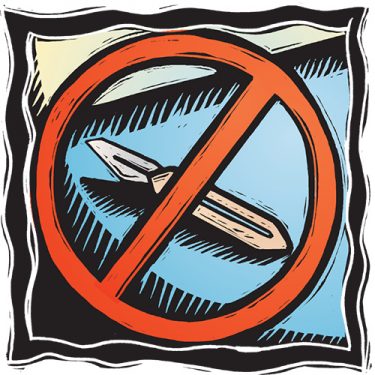 When you are born, you have a 7 percent chance of suffering from appendicitis during your lifetime. No wonder an appendectomy is one of the most frequently performed surgeries in the U.S. But a new UW study finds that, even though doctors have the latest equipment, misdiagnosis among young women and older men has actually increased during the last decade.

In nearly one of four appendectomies performed in women of childbearing age, the removed appendix is actually not infected, according to a UW study published in the Oct. 10 issue of the Journal of the American Medical Association.

“The promise of this new diagnostic technology has not been realized,” says surgeon David Flum, lead author and a Robert Wood Johnson clinical scholar at UW.

The misdiagnosis rate among men is about 9 percent, versus 23.2 percent among women. The disparity may be because women have more complex anatomy in the right side of their abdomens.

Inflammation of the appendix is sometimes hard to detect, even for experienced physicians. When its tiny opening is blocked and infection develops, the most common symptoms are pain in the lower right side of the belly, loss of appetite and nausea. However, in many cases the diagnosis is difficult to establish. What doctors think is appendicitis may turn out to be an inflamed lymph node or a viral infection in men. In women, the problem may actually be an infection of the ovary or uterus, or an ectopic pregnancy.

Diagnostic tests developed during the last 12 years—including computed tomography (CT), ultrasound and laparoscopy—are supposed to be effective in detecting appendicitis. Yet, the researchers found that misdiagnosis remained at about 15 percent over the last dozen years. In fact, the rate of diagnostic error for women of childbearing age increased 1 percent a year and for patients older than 65 it increased 8 percent a year.

“When you are suspicious that someone has appendicitis, you don’t want to be wrong and leave the appendix in,” Flum says. “Untreated appendicitis can lead to rupture and even more complications, so many surgeons prefer to take it out even if it looks normal at the time of the operation.”

Patients who have their appendix removed can expect to spend more than three days accruing hospital and medical costs. Health officials estimate that 40,000 Americans are misdiagnosed every year at a cost of more than $700 million.