Essay: Houseboat on Lake Union was a way of life 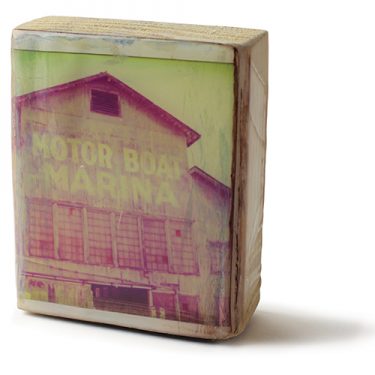 They were complete dumps. Old houses were nailed to giant logs and towed to the water. Houses were roped to low pilings situated every three to four feet on both sides of rickety, teetering and creaking docks with missing cross boards.

Planks of wood bridged the gap between the dirt paths leading from the streets to the docks floating on the water. A minor earthquake once knocked some of these planks into the water and residents had to wade through long grass and mud to replace them. Visitors in wheelchairs had to be carried to the houseboats because of the uneven and slippery surfaces. Boat horns, screaming seagulls and distant lonely train whistles echoed off the water.

The area smelled of rotting wood, gas from the stoves and boats, and “a lake smell” comprised of water, plants and unknowns. Sometimes toilets opened directly into the water below the house floor—a water outhouse. And no one ever swam in the lake.

While in school, I lived with Pat Swanson Jorgenson in a houseboat on Lake Union. Our houseboat was located three blocks west from Eastmount Street, where we could park a car or catch a bus to campus. Our “luxury” houseboat—which had three bedrooms, an enclosed toilet and bathroom, and a combined kitchen/living room—floated on cedar logs at the end of the dock. There was a large window overlooking the lake. We could open the window and people could step from their boats into the living rooms. The large wall surrounding this window had been painted white, but everyone who entered this room had to continue drawing the spider web that now covered the wall. Black felt-tip permanent makers waited on the window sill. The ceiling was stapled with prints Pat found in Europe of sexually oriented drawings by famous artists.

This was the place where college students earning their living as musicians came to unwind after weekend gigs. Often they jammed with each other playing the music here they wanted to play—blues, jazz, classical and their own improvisations. They were not restricted to playing the popular rock or dance music – no continuous renditions of “Louie, Louie.”

Several students who worked at the North Lake Tavern joined the group and always brought leftover spaghetti and the tavern’s super pizzas. Everyone brought beer—usually Olympia or Rainier. Unfortunately, we were all going to change the world but had not considered our environment. The beer we consumed was in bottles, not cans, and the large living room window was the waste bucket for dozens of empty bottles that floated in the water in long lines and finally sunk. I remember that sight with remorse.

Music and singing floated from the houseboat. No one minded the noise because everyone on the dock came to see and hear the “professionals.” The musicians played until daylight when tiredness began to creep over everyone. People fell asleep on beanbag chairs and couches or left to visit Red Robin for a breakfast hamburger.

Red Robin at this time was a beat-up tavern located at the end of the University Bridge, famous for its great hamburgers served at all hours. Its windows overlooked the canal and you could watch the boat traffic as you ate your hamburger.

During the early morning dawn, the lake was filled with unusual birds. In three hours, they disappeared, leaving the birds that always swam on Seattle waters—mallards, coots and seagulls. To identify these birds, I retrieved my grandmother’s bird book, A Field Guide to Western Birds by Roger Tory Peterson.

My visitors and I were pleased to recognize canvas-back ducks, “scooped billed” shovellers, tiny buffleheads, and the only completely black duck, the American scoter that resembled Daffy Duck. Stately long-throated grebes dove for food, and once a brightly colored wood duck stopped for a visit. We saw loons with diamond necklaces and the pudgyfaced lesser scaups. As spring approached, we watched the mallards make nests on the tops of the pilings and then we saw the many little ducklings hatch. Few survived the first few days, but everyone attempted to protect them from cats, rats and birds of prey.

Living on a houseboat was a way of life that brought about a great deal of companionship, sharing and good humor. Students studied together and played music together, had potluck meals and vicious Monopoly games. Everyone helped each other to fix anything. If someone fell in the lake, he or she was helped out and thrown into the shower. Houseboats were the first giant waterbeds. The sounds and smells of the lake and the rolling rooms could eliminate worries and lull you to sleep.

Bonnie Nelson Powell graduated from the University of Washington with a B.A. in art education in 1963. She currently lives in Leavenworth, Wash.