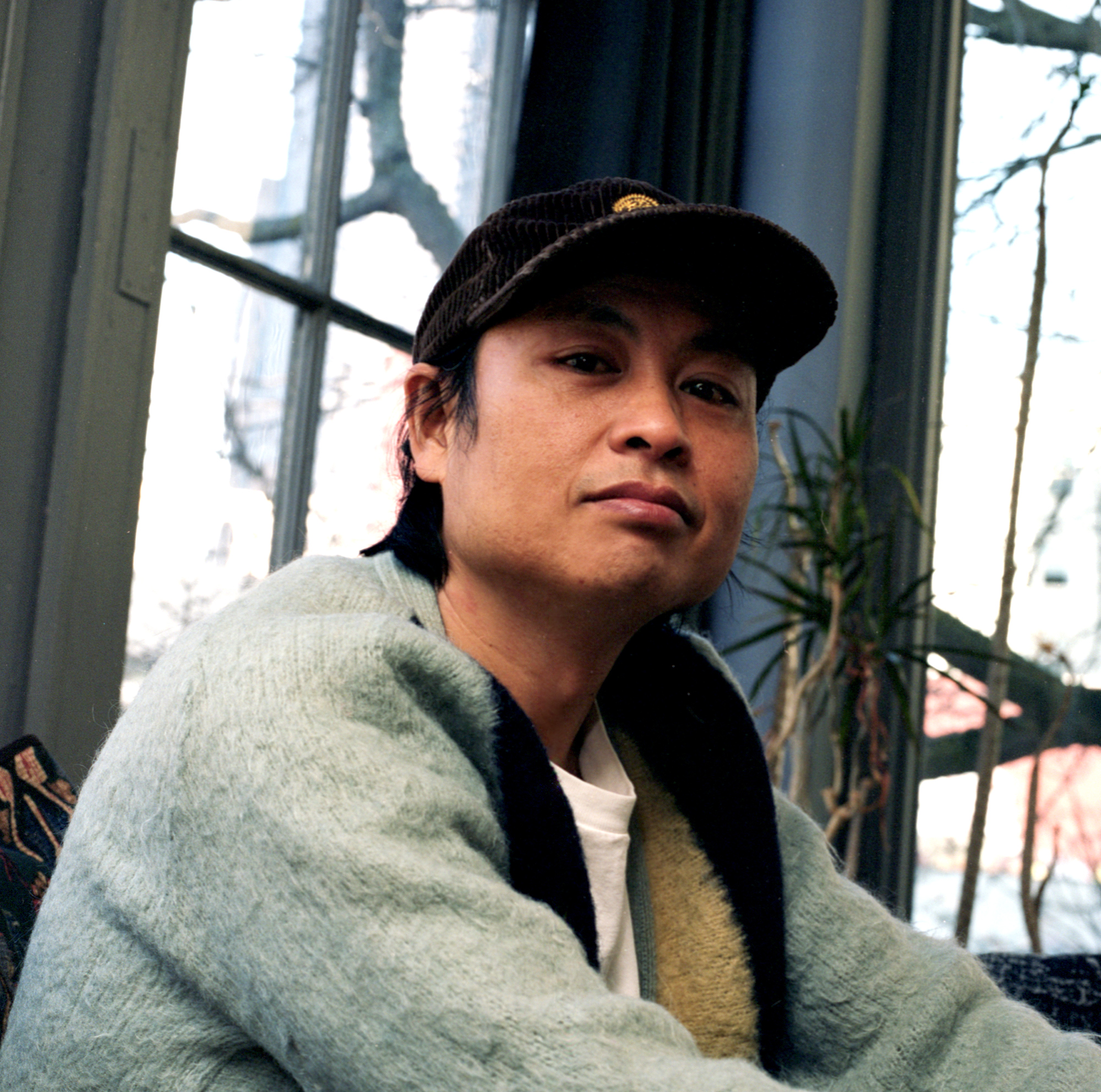 Nin Truong brings creativity and sustainability to the world of public art, skateboarding and apparel.

To live a day in Nin Truong’s shoes means you might be working with a city government on a public-art project one moment, hopping on a call with Stüssy to discuss designs the next, and then shutting off your phone to lose yourself in the rhythm of ceramic molding. The longtime Seattle resident has left a deep impression on the Emerald City through design work he has done through his brands Maiden Noir and Blk Pine Workshop, and his design studio WKND. Nin sat down with Raphael Gaultier to discuss skateboarding, building community in public spaces, and why you should never stop being a student of the world.

Raphael: What are you working on right now?

Nin: I juggle a few things. My partner Christa and I have WKND, which is our design studio. I started that almost 12 years ago with Christa when we decided to work on projects we were personally interested in. We called it WKND because things that people generally wait until the weekend to work on, we try to do during the week. Under WKND, we have the brands Maiden Noir and Blk Pine Workshop. Outside of WKND, we’ve been working on several neighborhood grants and public-art projects within the city. In addition, we have other freelance projects that include work with Adidas and a handful of projects with Japanese clients, just to name a few.

RG: How did you and Christa start working together?

NT: When Christa graduated, I had already been working at a couple of design firms. She decided that she didn’t want to work for other people, and we had plenty of projects and opportunities. So, we decided to start the studio on our own and work together. We are partners in the studio and in life.

RG: Was this while you were working at Stüssy? [Stüssy is an American clothing brand popular in surfing, skateboarding and hip-hop scenes.]

NT: When we first started, I was already doing a few projects with Stüssy. I think at that time, I was doing more special projects as a freelancer. When we started the studio, I ended up becoming the head designer for a division that was called Stüssy Deluxe. I think it was because of my work with Japan and my attention to detail that got me brought on to the Stüssy team.

“I try to embrace the environment I’m in or what I’m interested in at the time to constantly be open to change.”

RG: You graduated from the UW with a degree in architecture?

NT: I went to UW thinking I was going to be an architect. I did all the prereqs, but then I had a summer internship for a firm where I got a taste of what architecture could be, and I didn’t love the side I was exposed to. My intention was to do more public art and to use that degree to explore the creative side instead of tangible projects. I was doing a double major in the art program at the time, and I started out in printmaking. Unfortunately, the printmaking program closed while I was there.

RG: Do you find that a lot of what you studied back found its way into the work that you do now?

NT: Because I earned a double degree, I ended up staying with the art program to get a general arts degree. That’s where I found ceramics, as well as several other disciplines that I was interested in. Before that, I thought industrial design would be interesting, but unfortunately that program was dropped at the university while I was there due to funding. Just my luck (laughing). But it was fine because I really didn’t want to design products for products’ sake, I wanted to do more conceptual work. I stuck with the art program and explored all sorts of classes to be more well-rounded. I really enjoyed that the arts program was very hands-on in terms of being able to spend time in the studio to paint. On top of that, I decided that landscape architecture was a better avenue to do public art on a more holistic level. The thing that I take from my arts degrees is the ability to think less verbatim, and more what something could be. With landscape architecture, I learned a holistic level where what you design is not always the end product. Because when you design a space or put a public-art piece in, the interaction with the people who use the space often changes what you created in the first place. That’s as opposed to when you’re creating architecture, and everyone wants the photo when it’s first built because it’s at its most pristine.

RG: It’s only going to go downhill after that (laughing). 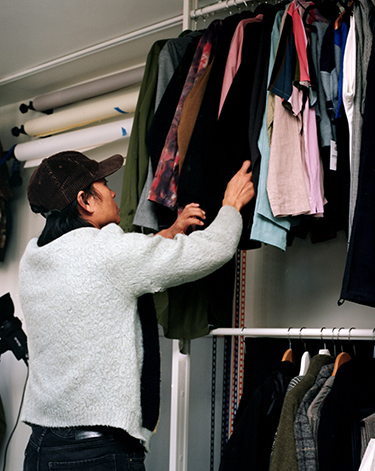 NT: (Laughing) Yes, ’til it goes downhill. Or there are great architects who think about buildings that age, and sometimes the best buildings are the ones that are highly adapted over time. But landscape architecture taught me the importance of thinking about sustainability and how everything we do has a ripple effect. That had an early influence on the way that I practice. When I was at Stüssy, was I happy when the sales team would come back and say that they crushed it and sold tens of thousands of a single piece? Or am I happier that I designed something really well and I’m glad that it got out there? I’d rather sell two things that were designed really well, as opposed to a crappy product and tens of thousands of it were made, you know what I mean? Hopefully my role within this process is making an effect because of the way I think about things.

RG: Absolutely. And I think it comes down to the intention and the ethos that you have with the brands and projects you run as well. That has a ripple effect with how consumers or people who interact with your work think about these similar concepts!

RG: Do common ideas run through the various media you work in?

NT: I try to embrace the environment I’m in or what I’m interested in at the time to constantly be open to change. But I keep coming back to the ability to constantly learn. I went back to teach at UW for a time, and even as a teacher you have to learn from the people you’re teaching. That’s how you’re going to grow: being able to constantly learn and adapt. This past year is a perfect example with the pandemic. A lot of people are still struggling, but it helped open people’s eyes to social injustice or injustice to the environment. It’s great to see some of that stuff be brought to the forefront.

RG: I’ve struggled to keep that “classroom” open during the pandemic because a lot of my work revolved around meeting with other people and getting to hear what they were working on. Not having that made it really tough to keep that same growth mindset. It’s nice to have that balance of spending enough time with an idea before bringing it to someone else. I think it’s taught a lot of us how we can create environments to be more creative even if it’s not in person.

NT: This past year was really tough to remain creative and have that creative drive. Especially when you’re not around other creative people. That’s why I think school is important because you’re surrounded by a lot of other like-minded people. You feed off each other. It’s important to constantly learn and be open to change.

RG: Growing up, did you always want to work in art?

NT: I was always interested in arts, whether it was drawing or skateboarding. I loved skateboard graphics, the zines that came with it. I loved going to all the record stores to look at record covers. Being exposed to Fall Out Records back in the day on Capitol Hill, that was stepping into a whole genre of concept stores. As a kid, you walk in and are immediately exposed to music, clothing, skateboards, how people would dress, and it was all subconsciously taking me on a new path. I drew a lot of inspiration from that. I was then trying to figure out how I could fuel that creative energy into something that would be from a more practical or sustainable side, which was how I landed on architecture. But then the reality of it was that I don’t think it would have made me as happy as what I’m doing now.

RG: How important is art in the context of what’s going on in the world?

NT: It’s really important, whether it’s through writing or drawing or any kind of art. Cave drawings, if you think about it, were a mode of communication or recording, but someone had to creatively think or invent that way of capturing that moment. That’s just as creative as someone nowadays who is writing great poetry, for instance. Ocean Vuong is a perfect example of someone who creates art that is so relevant with what’s happening in the world. I find him incredibly creative because English isn’t his first language. He actually thinks about each word he’s going to use to creatively construct more meaning in each sentence. Art is forever going to be important because humans will always need ways to express ourselves.