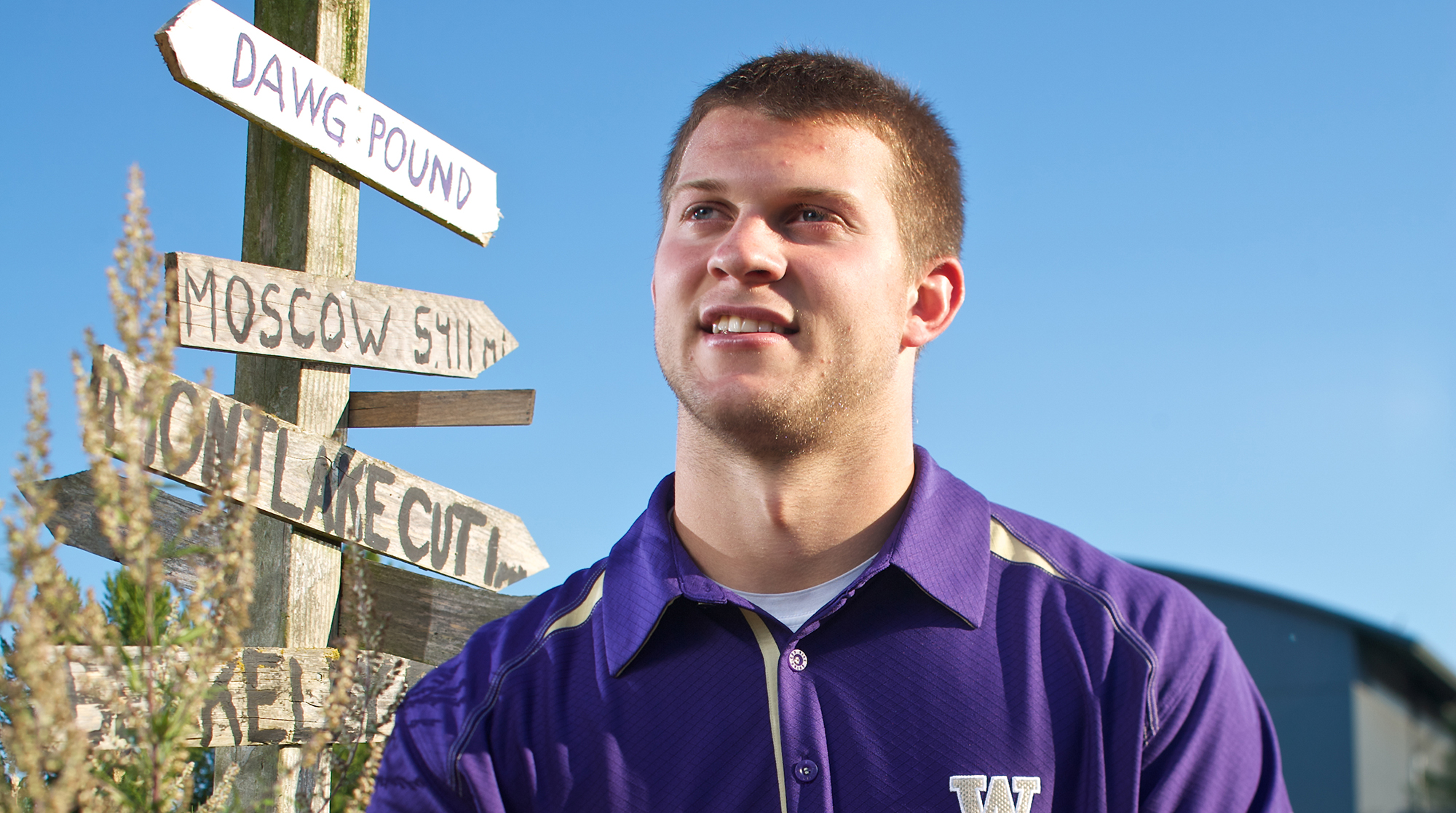 A decade later, Jake Locker cherishes his time as a Husky

Jake Locker was such a great baseball pitcher and outfielder at Ferndale High School that the Anaheim Angels drafted him during his senior year. But Locker did not accept the Angels’ offer; he wanted to play football instead. I just liked playing football more,” says Locker, an all-state quarterback who led Ferndale to a state AAA football championship. “It was more fun. I was more engaged in it. So, if I had the opportunity to play either one, I would always choose football.”

That’s why he declined the Angels offer and college football scholarship offers from schools nationwide to attend the UW. “To be honest, it was the closest place to home to play major college football with the Huskies,” Locker says. “That’s what it came down to. For me, it goes back to the people. I am grateful that I had the opportunity to get to know people, compete with them and build great friendships that I still have today. Outside of football, I don’t know if we would have had that.”

Although the Huskies struggled during his four years, Locker’s play was a revelation. He was named the Pac-10 Freshman of the Year in 2007 and twice received the Guy Flaherty Most Inspirational Award, in 2009 and 2010. The 6-3, 210-pound quarterback once threw for 300 yards and rushed for 100 yards in a game against Arizona in 2007. He also led the Huskies’ shocking 16-13 upset of No. 3 USC in 2009, and he beat high-powered Nebraska in the Holiday Bowl his senior season. Locker then became the first Husky quarterback ever selected in the first round of the NFL Draft when the Tennessee Titans chose him No. 8 overall in 2011. He played four seasons for the Titans from 2011-14. 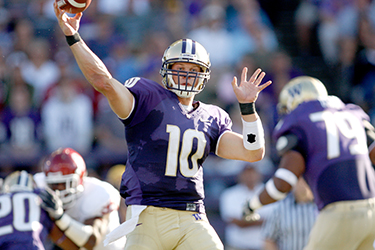 Jake Locker at quarterback for the Huskies in a 2008 game against Oklahoma. (Despeaux/Wikimedia Commons)

“It was a lot of fun,” says Locker, ’10, who majored in history at the UW. “Again, I think it was an awesome experience to go somewhere different and meet and interact with new people. That was a great experience and I loved it out there. I got to meet a lot of great teammates and had the opportunity to become teammates with guys I played against in college and meet guys from the other side of the country. It was a unique opportunity and I was super grateful for it.”

Shortly after his final season at Washington, he also married UW softball outfielder Lauren Greer, who helped the Huskies win the NCAA championship in 2009. “We were both athletes at school and ended up running into each other a lot,” he says. “We would meet in the training room and were mutual friends and hanging out. It’s kind of how it went.” They have four children – daughter Colbie and three sons, Cooper, Colt and Cade.

Locker retired from the NFL in 2014 so he could spend more time with his wife and children. They live in Ferndale, where he is the co-owner of the Locker Room Fitness Center along with Michael Koenen, who was a punter for the Tampa Bay Buccaneers.

Besides his exploits on the field, Locker, long a Husky fan favorite, also appeared in a fun BECU video where he sings “Bow Down to Washington” along with other Dawgs, including Kelsey Plum and Budda Baker. It is worth watching: https://vimeo.com/295909904

“Beating USC my junior year. And senior night my last year. I think the more intimate times were when I ran into family and friends that we still have. All that was pretty special.”