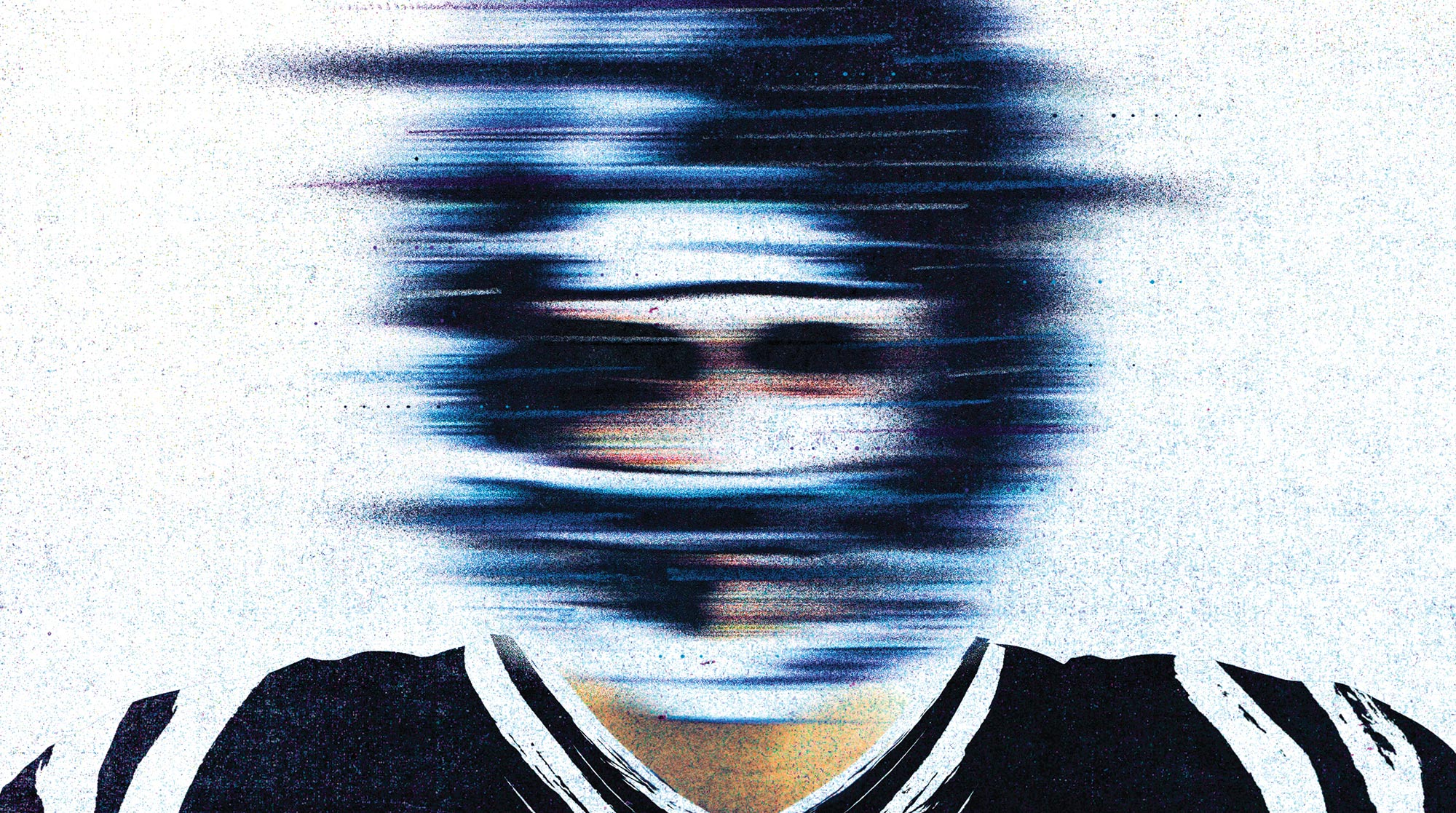 A window into the long-term effects of concussions

Football concussions get a lot of attention, but UW researchers want to know how a single brain injury can affect an ordinary person decades down the line.

In a brightly lit autopsy room tucked in a corner of Harborview’s Ninth & Jefferson Building, neuropathologist Dirk Keene handles the specimen gently. “These are just the most precious donations,” he says. In his gloved hands is a human brain, one that was donated to science by a Seattle-area senior citizen. Keene believes that by studying these aging brains, we will improve our understanding of concussions—that is, mild to moderate forms of traumatic brain injury (TBI). His current project, which involves many researchers, attempts to answer a central question: what, if anything, happens to your brain, years or even decades after suffering a blow to the head?

The question is an important one. Although considerable attention has been devoted to the very real threat of serious TBI among NFL players and veterans, millions of people suffer a concussion each year just going about their daily lives. Clinical records show about one-fifth of these brain donors suffered a mild to moderate TBI at some point in their lives. There are falls, car accidents, bike crashes and countless other ways these folks hurt themselves.

We know something about what happens immediately after a blow to the head, Keene says. The patient may lose consciousness, have some memory loss, or suffer hemorrhaging or contusions. But we don’t know what, if anything, those incidents mean long-term. Richard Ellenbogen, chairman of the Department of Neurological Surgery and principal investigator on the study, puts it this way: “If you fell and hit your head riding your bike when you were 12, does that mean you’re going to get Alzheimer’s when you’re 70?”

And just as important, what can be done about it? As co-chair of the NFL’s Head, Neck and Spine Committee, Ellenbogen knows something about all the efforts under way to understand TBI.

“There’s really nothing like it being done around the country to understand the long term consequences of a distant traumatic brain injury,” he says of the UW’s study, which involves the departments of medicine, neurosurgery and pathology, along with other outside researchers. It is particularly important, he says, because it could have broad implications for things like youth sports.

Funded with a $2.37 million grant from the Seattle-based Paul G. Allen Family Foundation, the study takes a unique multi-layered approach to examine the long-term impacts of concussion. It starts with a large patient study on aging, which has been ongoing for decades. With that, researchers have access to years of patient clinical histories. Layered on top of that is detailed neuropathology and other molecular studies done in UW labs by Keene and others. In addition, neurobiologist Ed Lein and colleagues at the Allen Institute for Brain Science are bringing cutting-edge gene expression analysis methods to the effort.

At the center of the research is a unique collection of brains. In a typical brain bank, says Lien, “you get three pieces of information: Age, gender and ethnicity.” This brain bank, however, offers a whole lot more than that. Each specimen comes with clinical information collected by Group Health as part of a more than two-decade-old study on aging known as ACT, for Adult Changes in Thought. The study, done in partnership with the UW, has followed thousands of people over time as they age. The idea is to look for ways to delay or prevent cognitive decline. At the time of enrollment, participants must be at least 65 years old and free from signs of cognitive impairment. Every two years, participants come in for a checkup and are asked a series of questions. Over time some participants have developed dementia, and some have died. And some of them donate their brains for research. That’s when Keene’s team jumps in to prepare the brain tissue for pathology work, slicing it into thin sections and applying colored stains.

“For the first time in history, we have the tools to link the neuropathological findings with the molecular findings and see if some people suffer long-term effects and some people don’t.”

Richard Ellenbogen, chairman of the Department of Neurological Surgery

“That,” he says holding up a slide with a slice of brain tissue, “is five microns thick. I don’t know the exact thickness of the human hair but I guarantee this is thinner.”

He pulls out a folder of slides, containing about 25 brain tissue samples from a single donor, and puts one under the microscope. “See how it gets all holey and ratty?” he asks, pointing at a section of the slide. “That’s not normal. And see that brown stuff? That’s a protein that may be toxic.” All of the characteristics of each piece of tissue will be recorded in detail. Meanwhile, Lein’s group at the Allen Institute takes samples from the same brains and prepares them for genome-wide molecular analysis. There, they employ a cutting-edge technique, called transcriptomics, that allows them to measure every molecule of RNA used by those brain samples.

“We’re trying to look at genetic differences that give you functional differences across different regions of the brain,” Lein explains. In other words, are there clues in the RNA that show lasting evidence of TBI—that is, a molecular TBI signature? Is it possible to see traces of a concussion decades later? By mapping millions of data points from hundreds of patients’ tissues, they’re hoping to find an answer.

As they’re collecting the data, the researchers don’t know which patients have had a concussion and which ones haven’t. They’ll learn that after they’ve mapped all the data. For now, they’re doing this study “blinded.” In addition, they’re not looking for particular signatures. Instead, they’re going in with an open mind, Keene says.

“If we just look for Alzheimer’s pathologies, we’re just going to find Alzheimer’s pathologies,” he notes. Once the data is collected, the researchers will match Lein’s RNA analysis and Keene’s pathology information with the medical data collected on each patient by Group Health. “For the first time in history, we have the tools to link the neuropathological findings with the molecular findings,” Ellenbogen says, “and see if some people suffer long-term effects and some people don’t. Is it genetically pre-determined?”

Keene is excited about the possibilities. “We can ask questions about changes in the brain that occur in Alzheimer’s, Parkinson’s and strokes, and whether they’re associated with TBI,” he says.

This information won’t be proprietary, either. All of the data will be posted online, for anyone to see. That’s how the Allen Institute does all of its work. The idea is that other researchers can use the data to dive into whatever topic interests them. “There may be somebody in Cleveland who has an idea that we never thought of,” Keene says. “They can ask the question [of the data] they want to ask.” Keene and Lein both say they don’t really know what they’ll find. “We could find that there’s no difference between people who have had a mild to moderate concussion and those who haven’t,” Keene says. “Wouldn’t that be nice?”