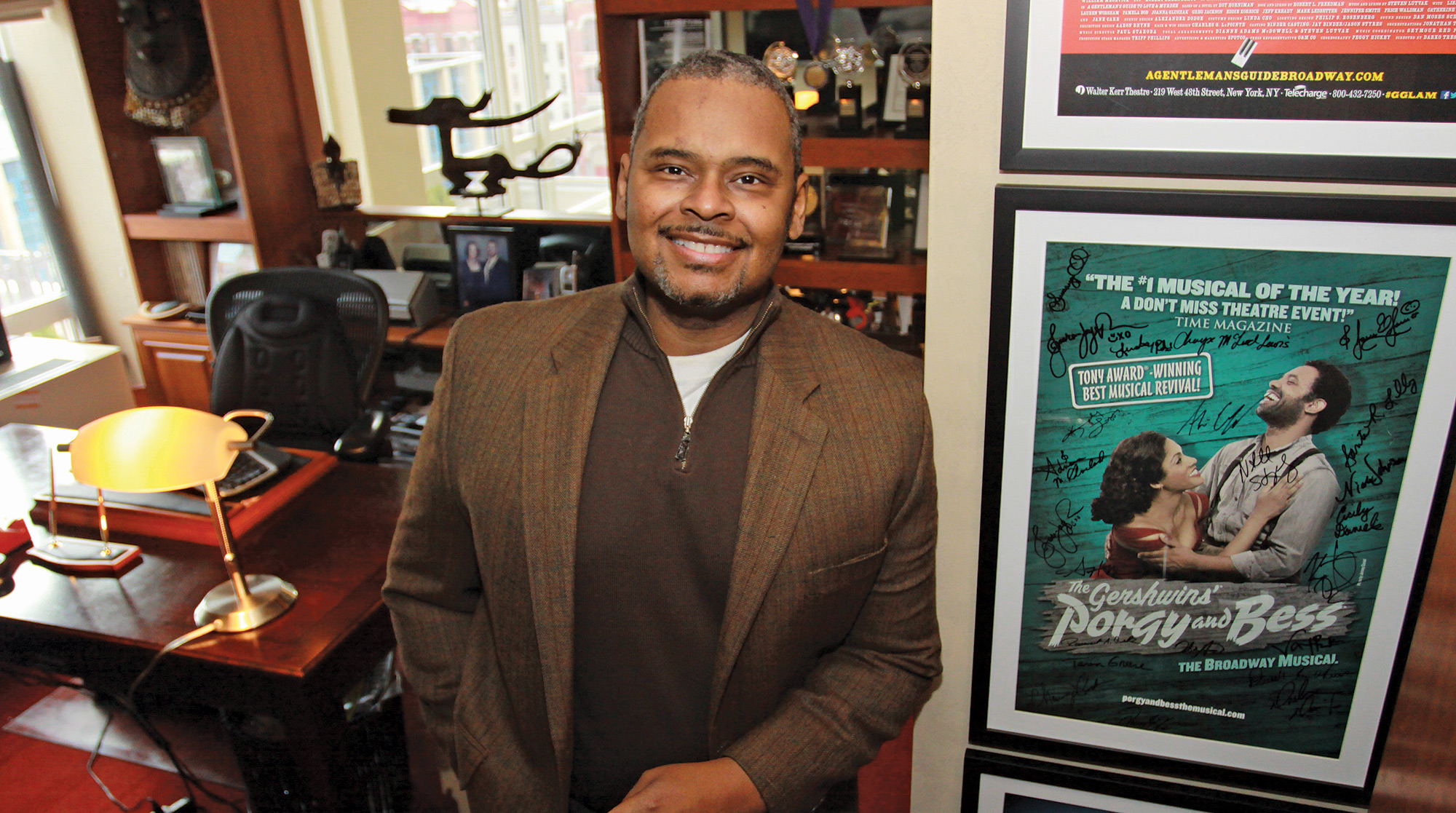 Ron Simons is having one hell of a second act and he’s got three Tonys, a Drama Desk Award for Best Play, a Drama League Award, and even a prize for best documentary to prove it. The funny thing is, the former high tech exec-turned-actor got them for something he never expected to do: being a producer. That’s not bad for a guy who initially admitted to “not having the foggiest clue of what it was that producers did” when he got his start.

The series of fortunate events began shortly after he left the corporate world at age 47 (he was a marketing manager at Microsoft) to pursue his dream of being an actor. Although he landed roles on television shows like “As the World Turns” and “Law and Order,” and even parts in movies like 27 Dresses, he became so disillusioned with the quality of the productions that he decided he could do better himself.

He planned to produce a science fiction movie when a friend told him about a script about a former Black Panther who returns to his old Philadelphia neighborhood for his father’s funeral. “I was really taken by the script because I had never seen a movie where the characters were two former Black Panthers,” Simons, ’01, recalls.

He signed on as associate producer in hopes of working alongside a more seasoned professional to learn the craft. When the lead financier backed out, he lost his mentor and had to figure it out on his own. “I got a bunch of books on producing and I read them,” he says. The result, Night Catches Us, premiered at the Sundance Film Festival in 2010. He followed up with Gun Hill Road, and Blue Caprice in 2011, and several plays, including an all-black version of A Streetcar Named Desire, and last year’s quirky, Tony Award-winning musical, A Gentleman’s Guide to Love and Murder.

Before he knew it, he had created a production company with a mission. Simon Says Entertainment specializes in telling the stories of people often overlooked in mainstream movies. “We tend to do films that have universal themes, but it is the lens through which we look at these themes that makes these stories unique,” Simon says.

Blue Caprice, for example, tells the story of the Beltway Sniper case from the viewpoint of the killers themselves. Gun Hill is about a prisoner who returns home to discover his wife has had an affair and his son is transgendered. Hollywood doesn’t do those films because the studios don’t believe they will interest their target audiences or attract big stars, Simons says. He understands it comes down to a business decision, even though the movie The Butler proved such movies can succeed. The rewards his productions have been receiving show he’s on the right track.

“If you had told me 10 years ago you are going to produce films, I would have said that’s impossible. To have those things happen tells me that the universe is sending me a message that for whatever reason this is what I’m supposed to be doing right now.” Although he has been focusing on working as a producer, he hasn’t given up on acting. If you look closely, you can occasionally see him on screen in some of the films he’s produced. As he puts it, “Any project where I can exercise my producing muscle as well as my acting muscle is a good day.”