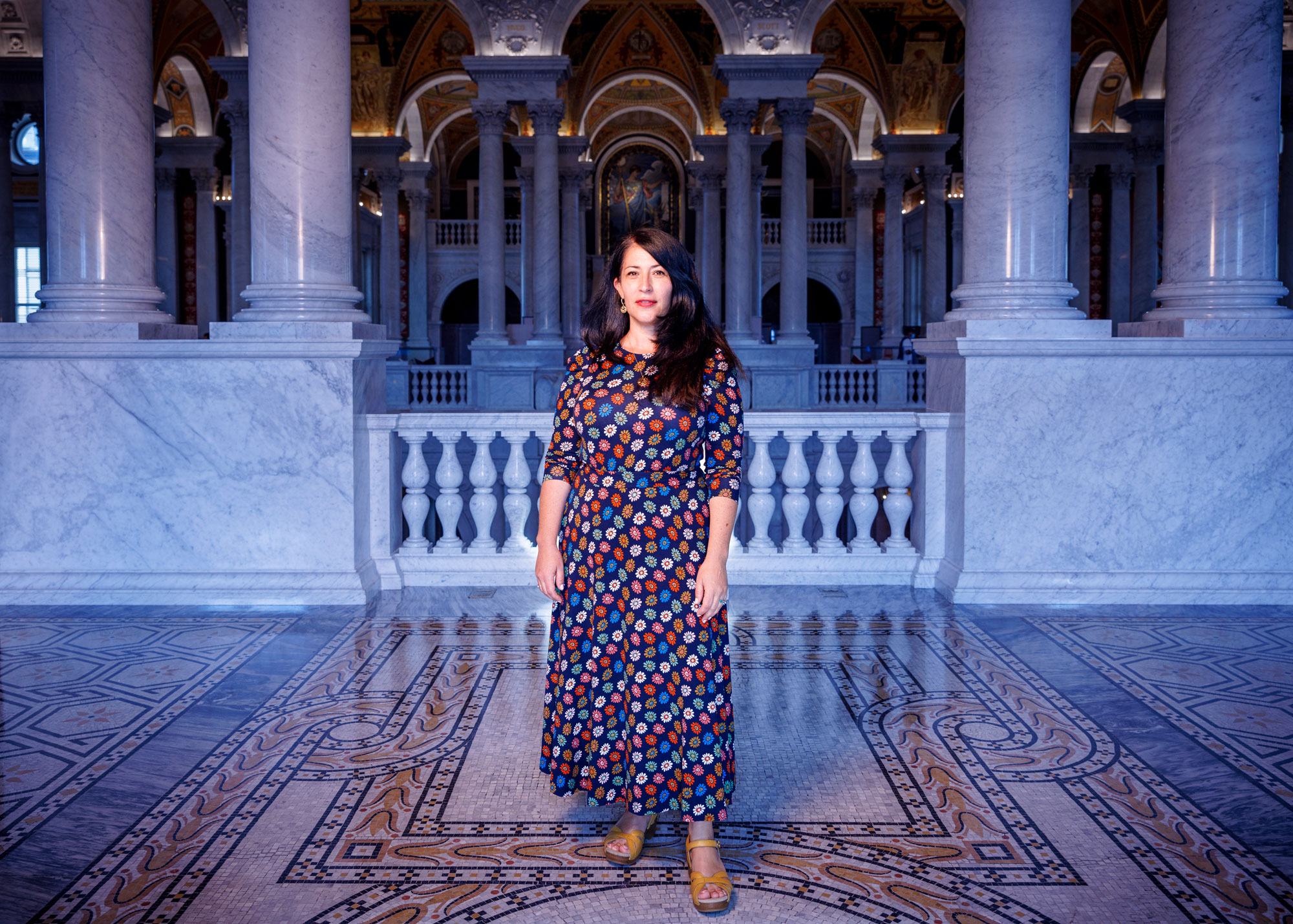 By Chris Talbott | Photos courtesy of the Library of Congress | July 22, 2022

University of Washington drama graduate Ada Limón, ’98, has been named the 24th U.S. Poet Laureate. Known for her lyrical and direct approach, she is the author of six poetry collections, including 2018’s “The Carrying,” which won the National Book Critics Circle Award for Poetry, and 2015’s “Bright Dead Things,” a finalist for that award and the National Book Award. Her most recent release is 2021’s “The Hurting Kind.”

The Library of Congress announced her selection on July 12. “I am humbled by this opportunity to work in the service of poetry and to amplify poetry’s ability to restore our humanity and our relationship to the world around us,” Limón said in a news release.

“Ada Limón is a poet who connects,” Librarian of Congress Carla Hayden said in a news release. “Her accessible, engaging poems ground us in where we are and who we share our world with … in ways that help us move forward.”

Limón grew up in Sonoma, California, before beginning college in Seattle in 1995. She detailed her personal and artistic journey as the 2021 commencement speaker for the UW School of Drama. She shared her memories of walking into the school for the first time.

“I was missing my family, 18 and full of heartache and confusion,” she said. “I opened the doors to Hutchinson Hall and suddenly there was a cacophony of sounds: People laughing in the hallways, people in bare feet running from room to room. Someone was singing full-throated in the lounge. There was a sense of aliveness in the air, bodies aware of being bodies, minds alive with ideas and impulses. And for the first time since I had arrived in Seattle, I felt something like relief. Here were my people.”

Limón told students she’s come to realize she learned everything she needed to sustain her art in those years on campus.  “What I was learning in that department of free spirits, risk takers and brilliant mentors would sustain me throughout my life outside the fold—a life of an artist, the life of a poet,” she said. “Those years taught me it is the sense of presence that one must cultivate onstage that is essential. That sense of presence that we need to grow and protect within ourselves is what keeps us in a state of wonder. And that sense of wonder continues to serve me not just as an artist, but as a human moving in the often-unfriendly chaos of the world.”

“Alas, we lost her to poetry,” said Professor Emeritus Mark Jenkins, one of her drama school professors, when he introduced her at the commencement ceremony. “But I think that’s poetry’s gain and actually all our gain.”

After graduation, Limón earned her Master of Fine Arts degree from NYU and won a Guggenheim fellowship in 2020. She currently teaches in the Queens University of Charlotte MFA program and hosts “The Slowdown” podcast series from American Public Media. She lives in Lexington, Kentucky.

Her one-year term will begin in September with a reading during the opening of the Library of Congress’s annual literary season. She’s the first UW-connected poet to earn the honor since Juan Felipe Herrera, a visiting professor in ethnic studies, was named the 21st poet laureate.