After earning his doctorate, Christopher Beasley established the Husky Post-Prison Research Lab. “We hope to invest in the student leaders in our state and help lift them up,” he says. 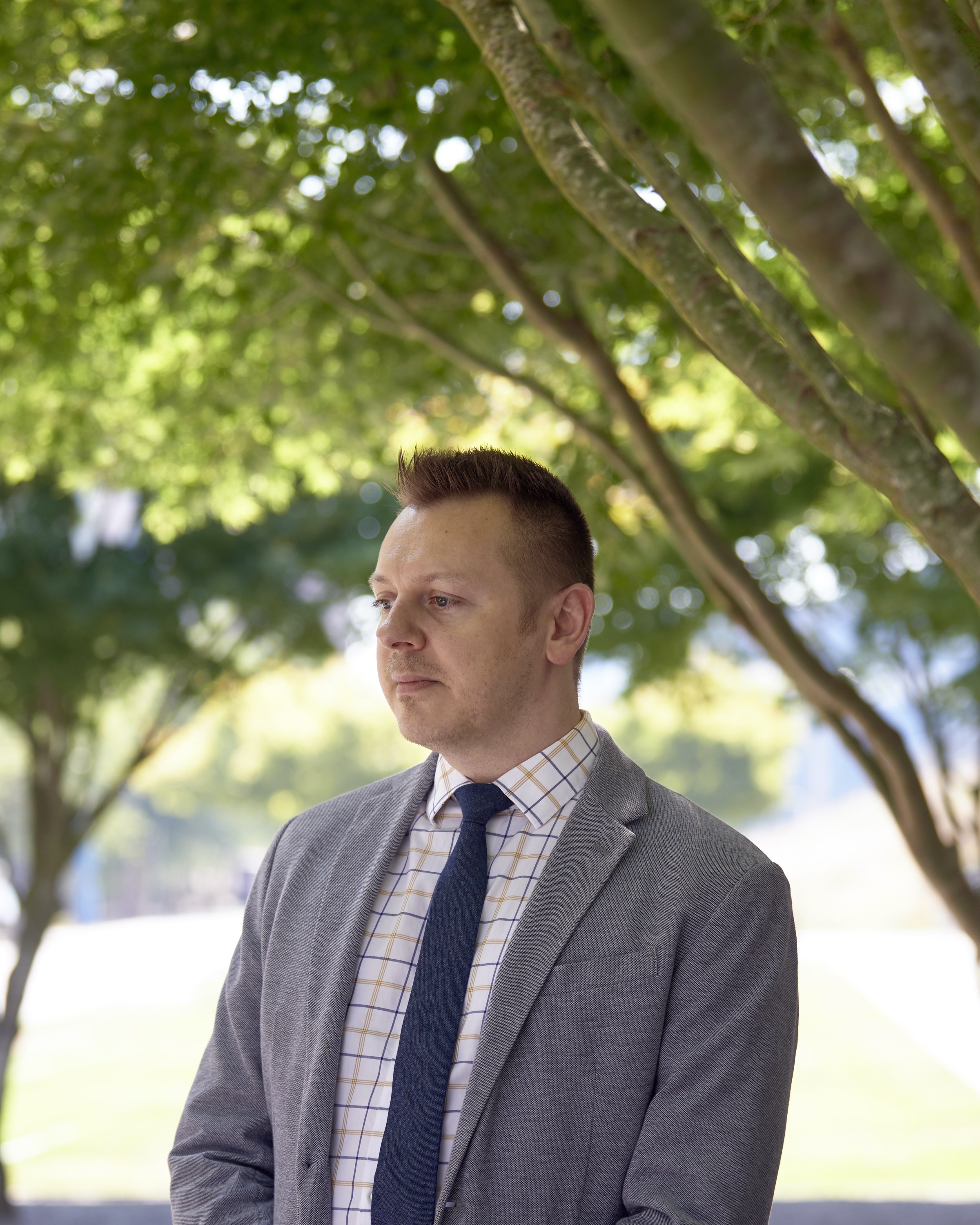 This is part of our “After Prison” series of interviews by Omari Amili.
Go here to see all of the stories.

Dr. Christopher Beasley, a UW Tacoma professor who grew up in rural Illinois, served time in prison for charges related to possession of multiple drugs. After prison he earned multiple college degrees including a Ph.D. in Community Psychology from DePaul University. He is highly involved in community organizing for incarcerated and formerly incarcerated people, in addition to the LGBTQ community, which he is a part of.

Omari Amili: Tell us about the Husky Post-Prison Research Lab, which you started on the UW Tacoma campus.

Christopher Beasley: I imagine the lab as a space where formerly incarcerated people can come in and help study transitions from prison to college can get paid to do that. But I’m not there yet. The goal of the lab is to better understand transitions from prison to college, and to eventually be able to help develop programs to support people’s transitions. We want to understand what that process is like — what makes that more likely, what makes that less likely — and to eventually test different support programs. And then connect that with Husky Post-Prison Pathways, so that what we learn in the lab can help us develop stronger programming, and then in our programming, identify research questions that can be studied in the lab.

Amili: What are the gaps that you guys need to fill to really reach those goals?

Beasley: Money. I want to make sure that it supports formerly incarcerated scholars. When I was l doing my doctorate, I was really fortunate to be in a big lab. There were like three project directors, each one of those overseeing a major grant, and then people supervising doctoral students. Three of us were formerly incarcerated doctoral students, and a bunch of us were in recovery and stuff. So they invested in us. There was a huge system of people the lab was supporting and helping lift up.

“We ahad a hackathon where we brought in the tech community and people working on criminal justice reform, talking about using technology to help solve these problems. We want to bring together communities that sometimes aren't working together.”

Amili: From your experience, what’s the climate like for formerly incarcerated students, scholars and professors at the University of Washington? You said you were open about your background from the very first interview.

Beasley: When I first came in faculty, staff and students were all interested and supportive. I mean, some are going to be more supportive than others, particularly those that are more like social researchers, but I’ve gotten a lot of support from STEM faculty. It’s mostly vocal support, but that kind of keeps you going. You know, people cheering you on and stuff is huge. I should say: While it’s pretty supportive, to the students there might be different perspectives, but I think that’s mostly because they don’t see the structural changes happening. But they at least do have some faculty rallying behind them. Ana Mari Cauce supports it. So that’s been cool to see. She’s actually mentored a couple formerly incarcerated students. I feel supported in it. 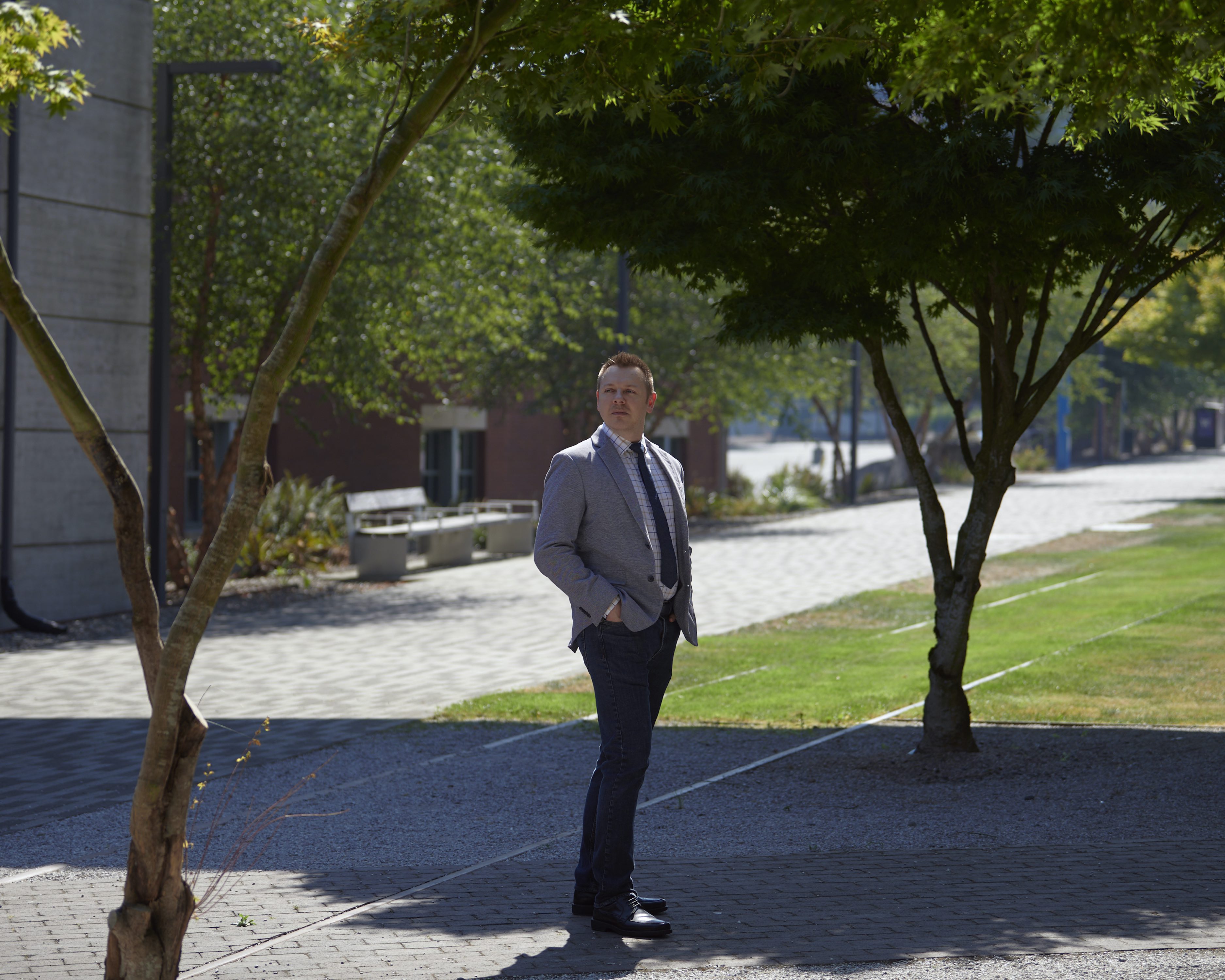 Amili: There are some other programs throughout the country that you mentioned to me before. Who are some of the leaders in this field you can learn from?

Beasley: I look at is like mostly three different models: a California model, New York model and Washington model. The California model was developed by a formerly incarcerated professor 50 years ago. That model mostly taps into existing resources and helps students get into the university. They pay students to do the support work. It’s about investing in people who have the direct experience.

The New York model is more like a professional model. It developed mostly independent of academic institutions and is more based on nonprofit organizations and service providers. That tends to be a more expensive model, too, because you have to pay a bunch of professionals to administer stuff.

And then in Washington, you have a mixture of the state-funded reentry navigators, and the post-prison education program. The reentry navigators are a broad program: They help with access to community college around the state. And the post-prison education program is a nonprofit organization. It provides wraparound services — like any financial needs for medication, a lawyer or tuition — but they only help people that are at higher risk for recidivism. That’s sort of distinct from the other models, which take whoever comes along.

The California model is the one that I personally like the best because of the opportunity for the empowerment of formerly incarcerated people, to give students opportunities to get into leadership positions and see the potential in themselves. It’s also the one I think is more sustainable once you get it going, because it’s embedded within the university system itself.

Amili: Talk about some of the things that you have brought to UW since your time here.

Beasley: We had a leadership institute this summer, bringing together formerly incarcerated student leaders from across the state. We hope to invest in the student leaders in our state and help lift them up. We also had a hackathon where we brought in the tech community and people working on criminal justice reform, talking about using technology to help solve these problems. We want to bring together communities that sometimes aren’t working together.

I also brought in From Incarceration to Education, which was a group from California that had a documentary made about them. And then last year we did a summit where I brought in some people from college initiatives in New York and California. That was to help us figure out what this thing is going to look like—not to tell us how it’s done, but to tell us how they’re doing what they do, and why they do it. I think in this work, we don’t have to reinvent the wheel. It doesn’t mean we can’t do it in our own way. It is inspiration, it is wisdom. Because the wisdom’s not there in the literature, but we know people, and they have the wisdom.