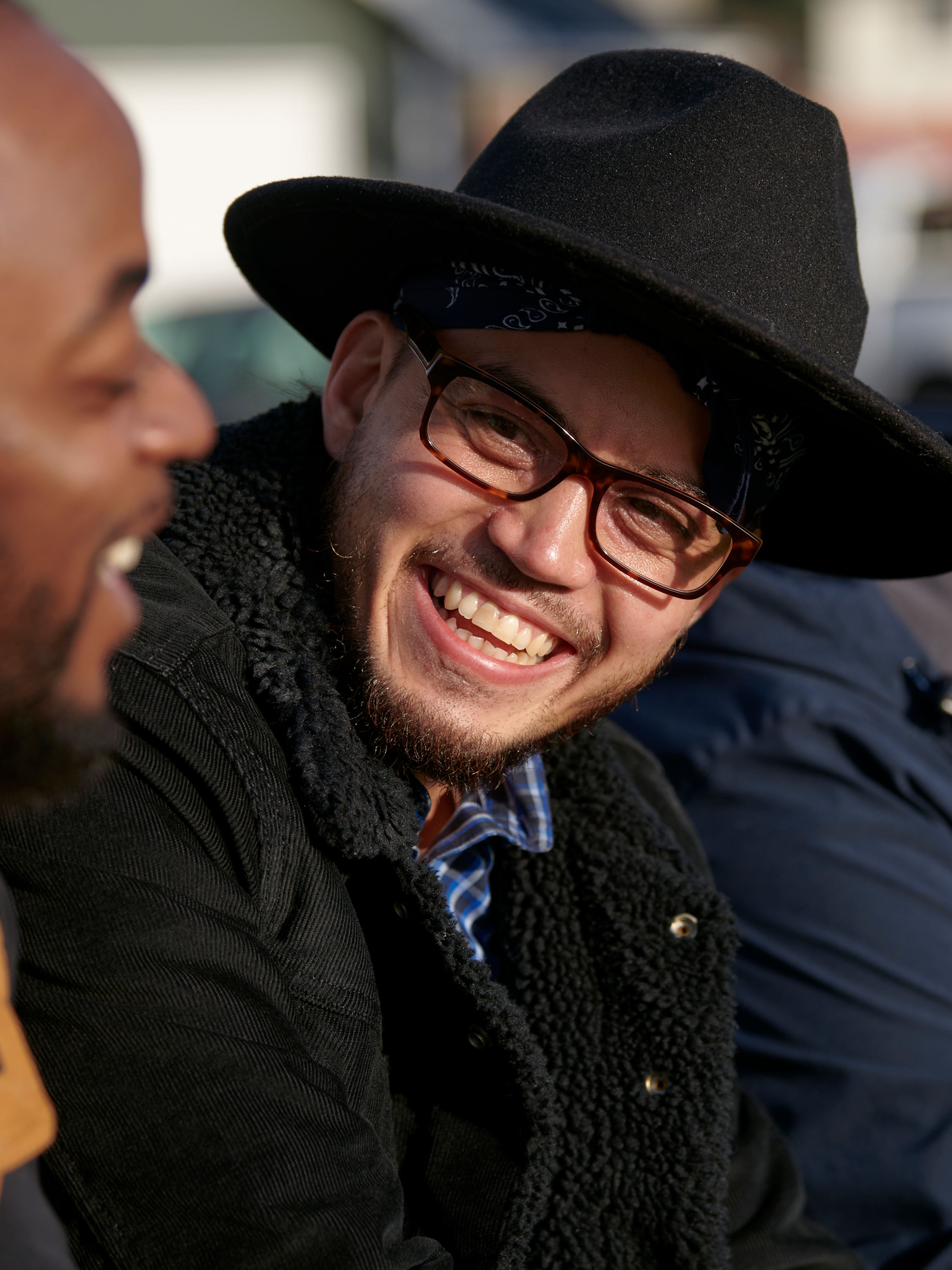 Christopher Johnston developed a passion for music while in prison, then earned his degree. “I started to imagine what it would be like to be a singer, an artist, a musician,” he says.

We’ve all been in the wrong place at the wrong time, but for Christopher Johnston, it led to serious felony convictions and incarceration for crimes he didn’t personally commit. Despite having years of his life taken away and facing lingering collateral consequences, he lives his life with no regrets—and with the awareness that his incarceration was a catalyst for a life he only began to imagine in solitary confinement.

Omari Amili: Why did you choose to do your photo shoot at this particular park in Spanaway?

Christopher Johnston: It’s a memorable place to me. I spent a lot of time with my friends at this park. And it’s also the place where I was arrested, the last time I was arrested.

Amili: You got your GED while incarcerated. What was your motivation to do that?

Johnston: My initial motivation was that it was mandatory. Otherwise you were considered to not be programming. I could have privileges taken away. But once I learned that I had to do it, I was excited to do it.

Amili: Was there a major sense of accomplishment that came with that?

Johnston: Yeah. I had a graduation ceremony I was able to attend. In three out of four sections, I got the highest scores in the whole institution. This was the first time I’ve ever accomplished anything besides elementary graduation. Another one of the biggest pieces was that my childhood friend was also in the graduation.

Amili: What about your outlook on life and your possibilities for when you got out?

Johnston: I don’t know if I thought about that at that time. Back in 2009, I got arrested for a robbery case and I actually went to the hole for a staff assault. I got into it with the correctional officers and they put me in the hole for 30 days, and this is where I developed a passion for singing. I started singing and I heard the echo off the cell walls. It sounded beautiful. I was like, oh, snap, this is bringing me some joy right now, like I’m listening to music. I was on 23-hour lockdown and 99% of the time you’re by yourself. So all of a sudden, I started to imagine life differently. I started to imagine, what would it be like to be an author? What would it be like to be a fireman? What would it be like to do things that nobody I knew directly did. I started to imagine what it would be like to be a singer, an artist, a musician. And then I had this vision that I went to UW and graduated with a music degree.

Amili: So you might not have a music degree, but you got out of prison and went and got an education in music, right?

Johnston: That I did. I took classes like Beginning Piano. I did choir for two years. I almost have two years of music theory. And all of that was able to transfer into my passion for playing guitar. So I did get a music education, but not quite what I had envisioned. 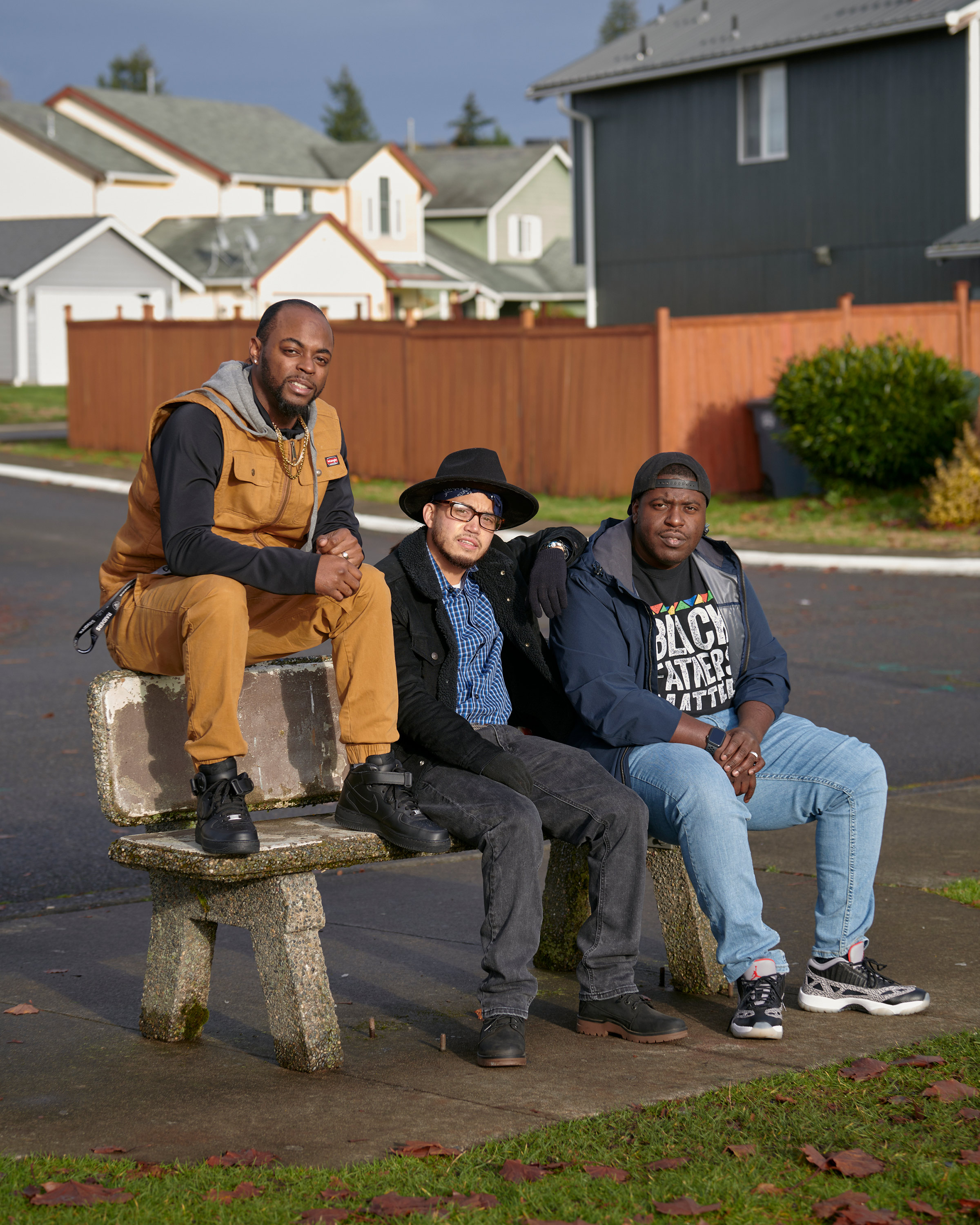 “They wanted me to give a speech, but I couldn’t even talk; I was just crying. They invited me the next year to speak. I sang and I rapped.”

Amili: For you to have had that vision before you even had your GED, before it was even a possibility to earn a college credit, is mind-blowing. To go from where you were at that moment and ultimately get an education in music, to now be singing and playing instruments and stuff, plus graduating from UW, to me, that vision came true.

Tell me tell me about the event that you were a part of with the first-generation students.

Johnston: It kind of brings back an emotional recollection. I was weeks away from graduating and I had my mom and my son there. There was a photo shoot and there were a bunch of students that I knew over the years who went on the journey of being first-generation and getting that degree. They called me up on the stage and I was so full of joy to have my son and my mom there that I just started crying. I was like, “Man, I can’t believe I’m standing right here on the stage and y’all are acknowledging me. I had a dream about this when I was in jail and here I am at the UW being acknowledged.” They wanted me to give a speech, but I couldn’t even talk; I was just crying. They invited me the next year to speak. I sang and I rapped.

Amili: Are there any other accomplishments, acknowledgements or awards that you received?

Johnston: Yes. I started a student organization for parents called Huskies and Pups. My son was born the summer before I started at the UW. I did a bunch of organizing and got a team together. So that is still ongoing.

I got hired as a student assistant. After doing my front desk job for a little bit, student peer advisor jobs opened up. And it was a leadership program; it’s a cohort of 10 people selected to be peer advisors and we got all this training and programming. Basically, we become mentors on the campus and people reach out to us. We also lead the new student orientations. And there were times when I would talk to students that I could relate to, or feel like they can relate to me. Students on the verge of dropping out, or dealing with personal issues at home, or struggling with mental health. I was able to advise them and walk them up to the counseling office, maybe spend some time having coffee or lunch. I would share some of my experiences, even being incarcerated. I feel like it gave those folks motivation, because they thought, “If this person can deal with the things he dealt with, going from incarceration to being on this college campus, I could do it too.”

I also spent a quarter in Olympia doing a legislative internship in the offices of Representatives John Lovick and Sherry Appleton. Plus, I did some volunteering. Everywhere I go, I’m talking to and shaking hands with people and they would constantly invite me to different opportunities.

Amili: And it all started at that park.

Johnston: That park man, I love that park.

Amili: One last question. At the end of the day, I choose to live my life with no regrets. So I’m wondering, what is your perspective? Let’s say getting falsely accused and convicted was necessary for you to become who you are right now, to have the life experiences that you now have. Would you want to change it?

Johnston: Really, if I were to do it all over again, I’d do it the exact same way. I’m not proud of everything I’ve done or everything I was around. People got hurt. I don’t wish that upon people. But everything I ever went through, I wouldn’t change.