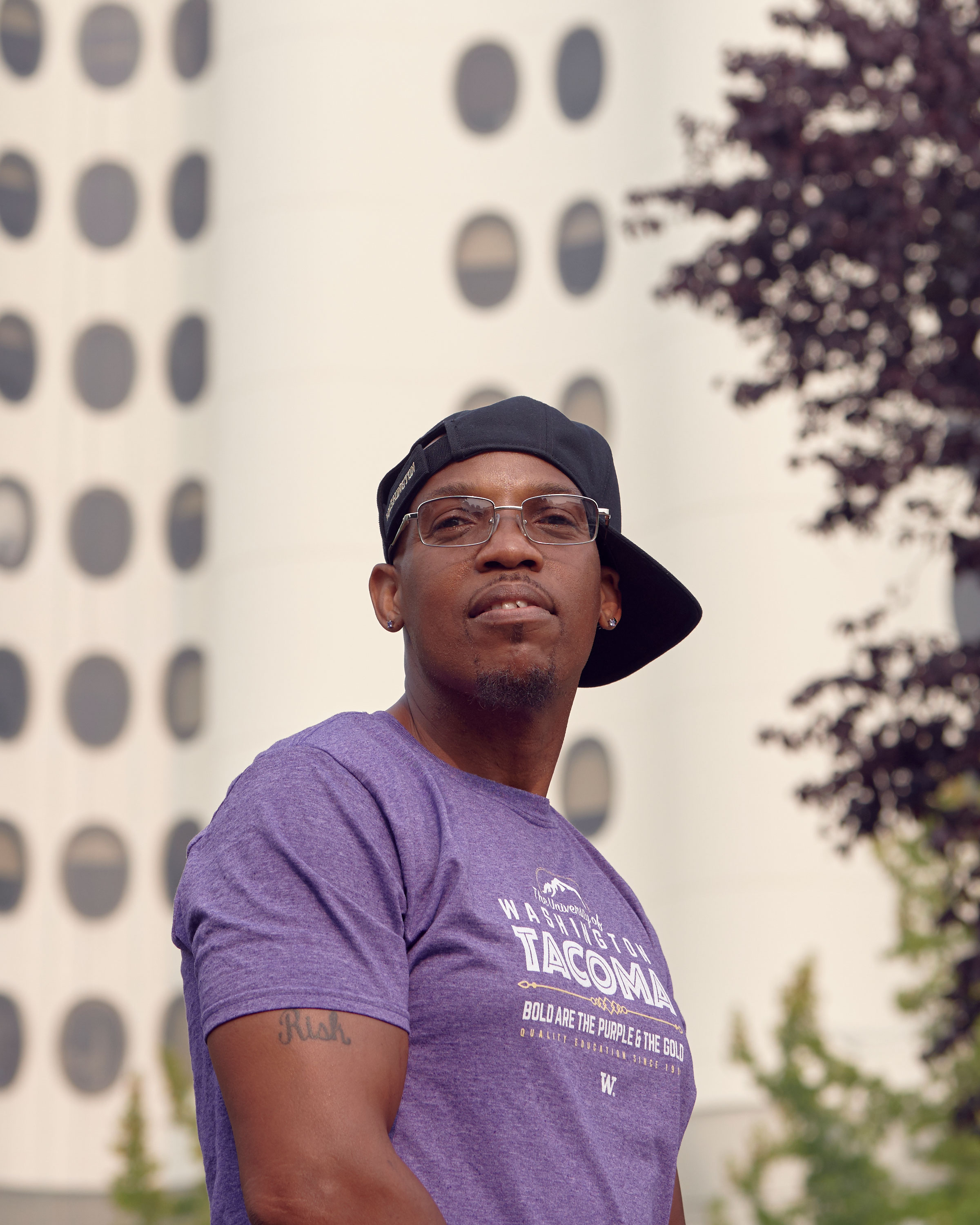 The right mindset is key to Theron Taylor, who went to the UW to earn a degree in psychology. “We don't let the negativity around us subdue us,” he says.

Theron Taylor is a Tacoma native, but he never imagined attending a UW campus so close to home. He began his journey in education while serving a 20-year sentence. Upon his release, he started his bachelor’s in psychology as a first-generation college student in his 50s.

Omari Amili: What led you to continue your education following your release from prison?

Theron Taylor: Actually, before I got out, one of my counselors told me that she saw my file and that I might be a candidate for this post-prison education program. I wanted to pursue more than just an A.A. degree, I just knew it wasn’t gonna be enough. She said, “Call these people and they’ll help you.”

I did two quarters at Central Washington University. And while I was doing that, Ari Kohn, the director of the Post-Prison Education Program, gave me a call and said, “Hey, look, I want you to graduate from UW.” I’m like, “What? UW? That’s one of the most prestigious colleges in the world, right?” And he’s like, “I graduated from there, don’t worry about it. I got somebody for you to talk to.” Dr. Chris Beasley was my contact. And he’s actually my best friend right now. A great friend and mentor.

Amili: Did you ever imagine before your release that you’d be able to attend the University of Washington?

Taylor: I would have never thought I would be here, or even have opportunities in my life to do better. Growing up in Tacoma, watching the Huskies play football, I had a friend and a neighbor who actually played football for the Huskies back in the ‘80s, when they were on their way to winning the national championship. So just to know that I am a Husky now—the joy and greatness that comes along with it, these things are forever.

Amili: What has kept you going along the way?

Taylor: It’s not about me, it’s about other people. Earning my degree was a big accomplishment, but it was only because of what I wanted to do with it. And when I took my first quarter at UW, it was a disaster. I couldn’t understand it. I could have fallen in pieces right then, but they had support for me. They had people there. They had psychologists that I can talk with, people I can sit with and let them know what was going on with me. They supported me and got me through. And I just never knew that there were so many people out there that wanted me to prosper. You can get in that prison mentality: “You’re not gonna be able to do that. You’re not gonna get no job. How are you gonna be able to go to school? You ain’t got no money.” I didn’t let that get to me. 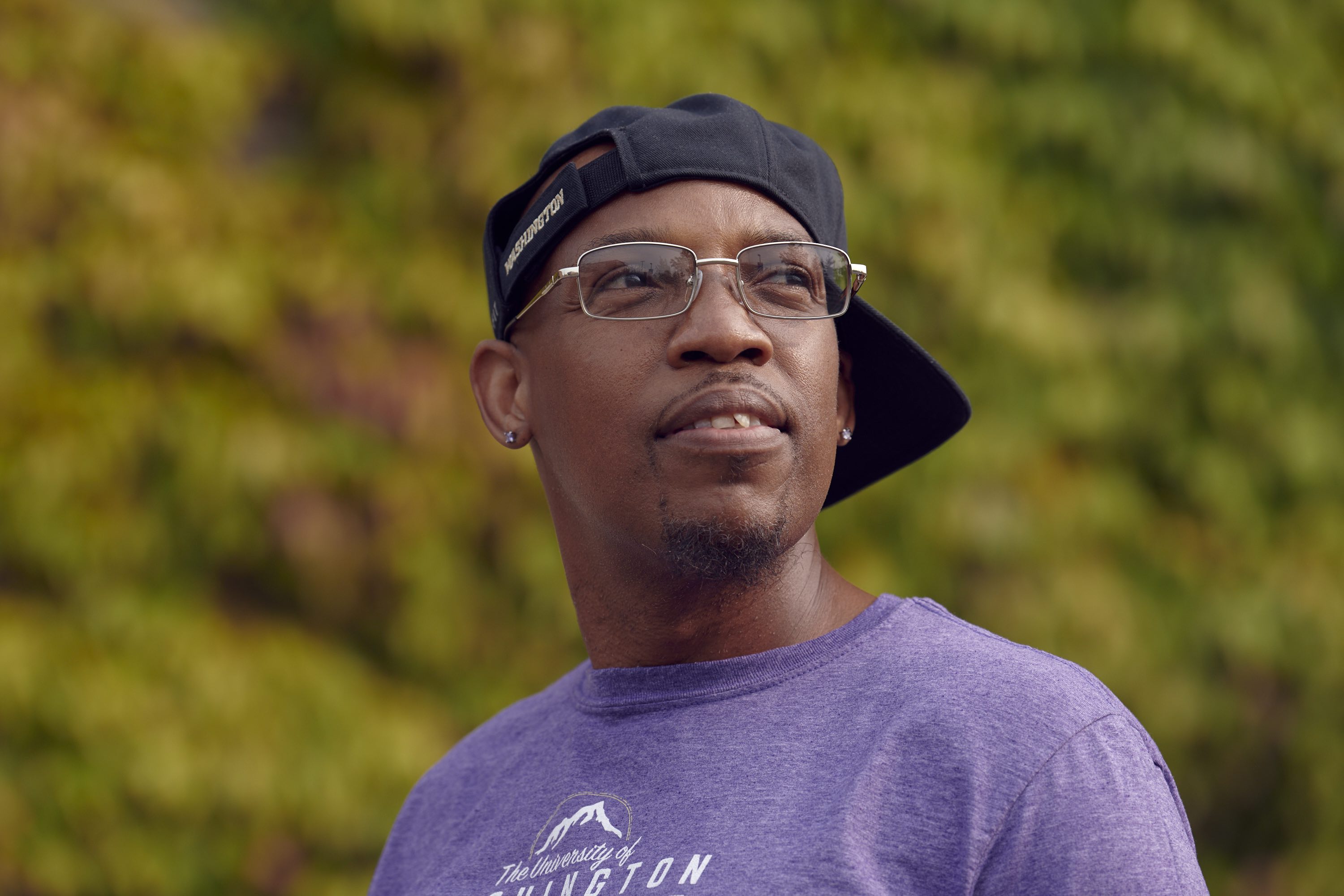 “This is for our brothers and sisters that are locked away. For those who do not believe it is possible.”

I just pray for the great things that come into my life, or pray for joy, to be able to wake up and smile, and say thank you for another day. And when I do that, then I know I have a mission. I know there’s something that I have to do. I’m not just here to do nothing. And for all the things that I’ve done, up to this point, I pray that people have prospered because of me. That those who may come after me will see that it’s possible to be at a place where you never thought you would be. Enjoying it, having fun, and knowing that it’s better than anything that you could have imagined. And it’s OK. This is for our brothers and sisters that are locked away. For those who do not believe it is possible.

Amili: What are some of the keys to your success?

Taylor: I asked for help. I would let people know what was going on in my life. Instead of letting it sit and bottling it up, things of that nature. And once I spoke with people, it was like, “Okay, now you can move on.” When I had these setbacks, I would ask questions. I would ask people and let them know what’s going on, what I was feeling. And when I did that, using the support of the institution and all the things that they had for us, I learned so much.