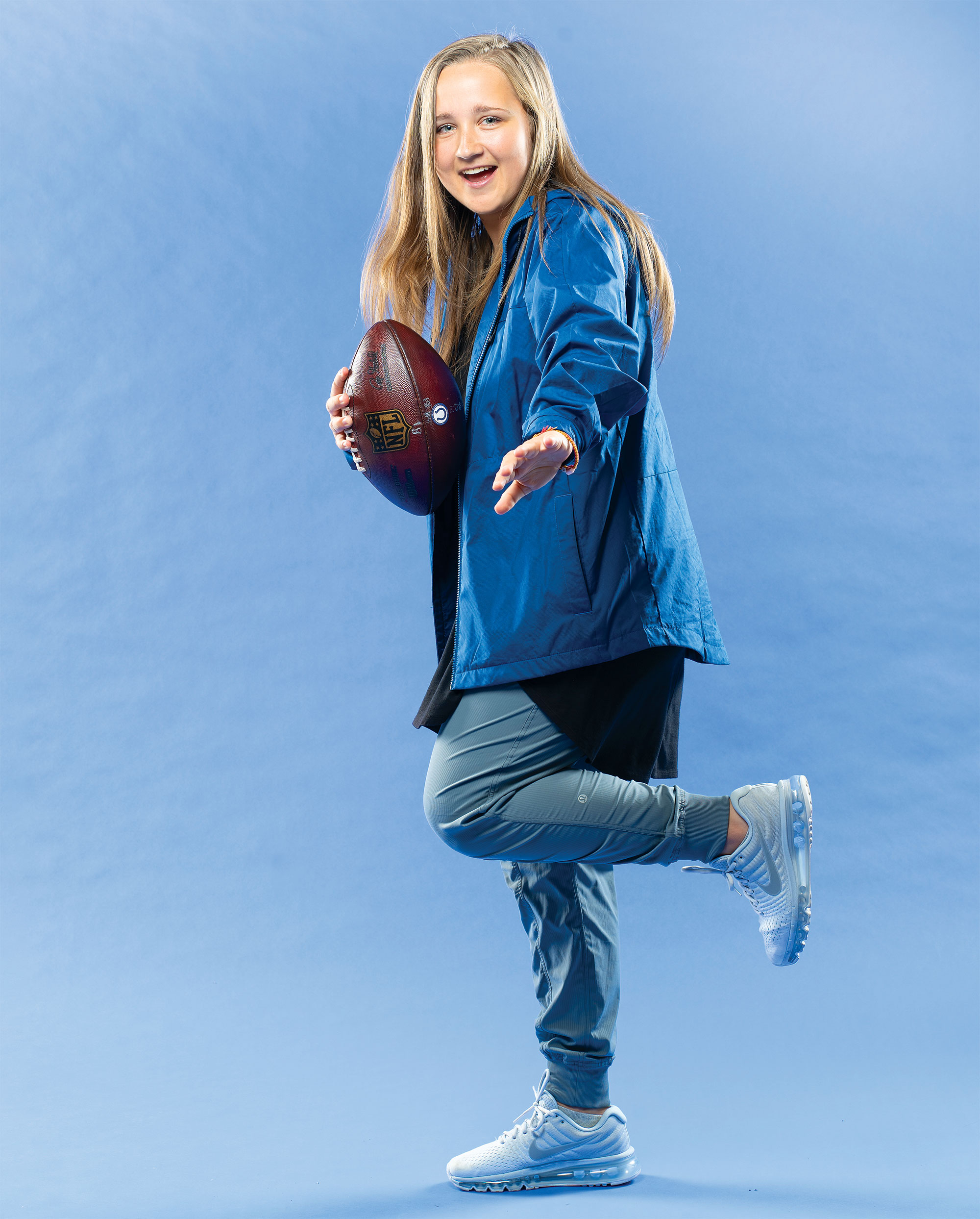 You may not have heard of Kasia Omilian. Yet. Chances are you will. The UW business administration major wants to become the first woman general manager in the National Football League. She spent six months as an intern in football operations for the Indianapolis Colts and is about to start her fourth year in the Husky football office.

I’ve been around sports my entire life. When my brother (who is five years older) went to Northwestern to play football, I paid attention to every detail, from the recruiting process to the on-field performance aspect. At 15 years old, I specifically remember meeting one of my brother’s teammates (a current defensive end for the Minnesota Vikings) and reciting the college teams that had recruited him and his high school stats.

How hard was it to get a team to hire a woman?

I love when people ask me this question. My conversation with UW Football started with an email I sent while visiting some school in Eugene. A scout for the Pittsburgh Steelers (who is a former UW tight end) sparked a dialogue at the UW’s Pro Day in 2017. The Indianapolis Colts have been active at the NFL Women’s Forum, which I have been invited to twice.

Progress is being made, but we aren’t there yet. I don’t focus on me being female, but rather, “What value do I add to the room, conversation and team? Am I pushing myself and everyone else to get better?” I think that is a big reason why I continue to make strides, because I continue to find a way to answer “yes” to those questions. I can’t wait for the day that people don’t think twice about it. If that takes me being one of the first ones, let’s do it.

How is it working for the Huskies, Steelers and Colts?

I am going on my fourth year working with the Huskies, and my experience has been unparalleled. I started when I was 18 as a recruiting operations intern, then I shifted to the scouting side and currently work for our tight ends coach, Jordan Paopao. I spent two summers with the Pittsburgh Steelers, after my freshman and sophomore years, and could not be more grateful to that organization for all I learned. This past spring, I took off from school and spent six months with the Indianapolis Colts in football operations.

What is it like being the only woman in a football meeting?

I get excited knowing that I am pioneering for the generation after me. I am in that room for a reason.

What would you be doing if your parents had stayed in Poland?

I would probably be working for the Polish American Football League while trying to find a way to move to America and work in the NFL.

What sports have you played?

I played soccer for 10 years, with basketball and volleyball sprinkled in during the offseasons.

What is your favorite sports movie?

“Draft Day” with Kevin Costner and Jennifer Garner. I get goosebumps every time I watch it.

How well do you think the Huskies will do this season?

I am excited to see how our preparation this offseason manifests on the field. Looks like you’ll need to be at Husky Stadium.