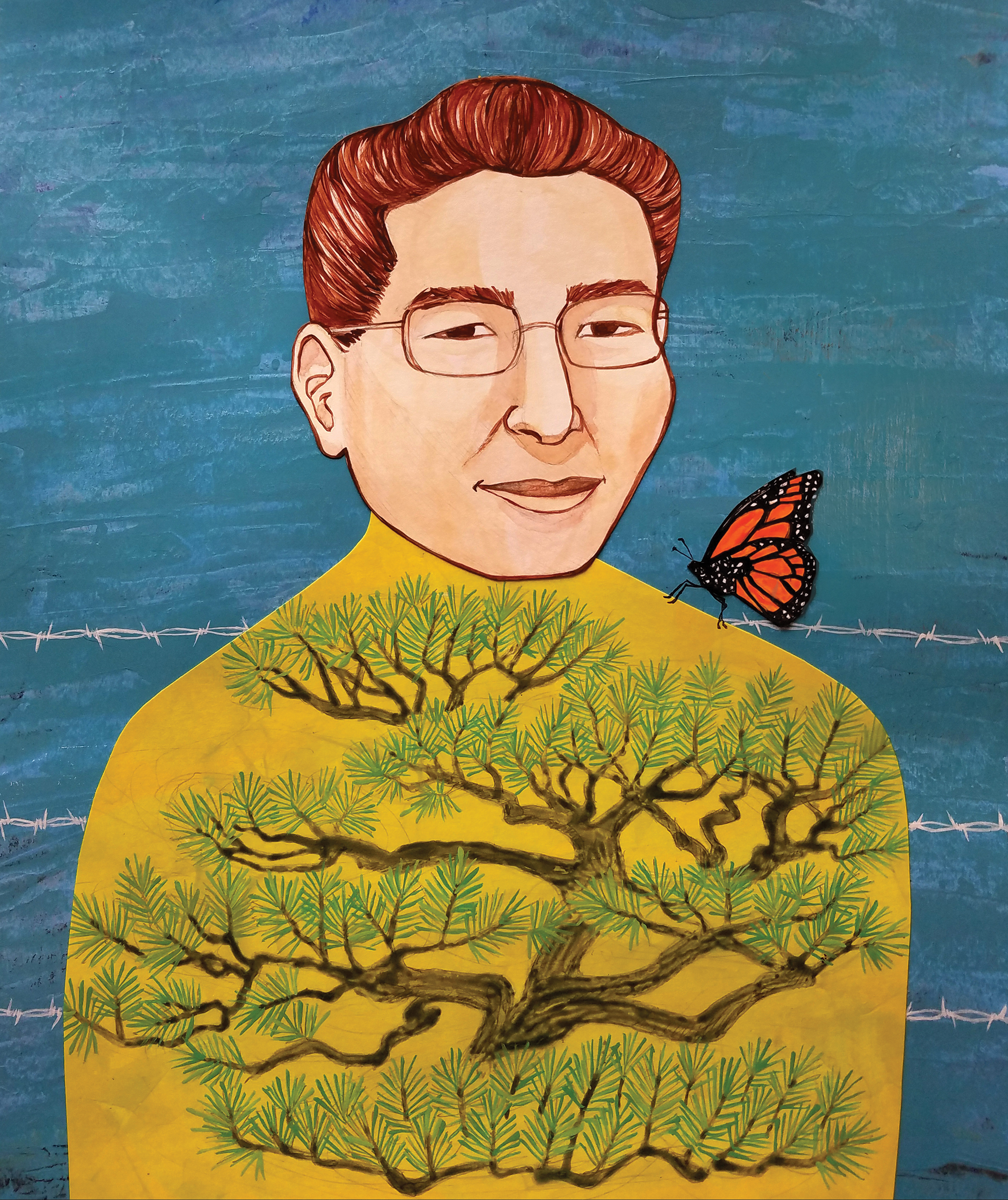 In celebration of the Seattle Japanese Garden’s 60th birthday this summer, a number of local artists created works honoring the landscape and the people involved. Michelle Kumata’s “Northwest Nikkei” series features the garden and the Nikkei community from the year the garden opened.

The traditional Japanese garden was designed in the late 1950s by master designers from Japan and sits on 3 1/2 acres in a larger park then known as the University of Washington Arboretum, now Washington Park. The project was supported with private funds and facilitated, in part, by the UW.

One of Kumata’s subjects, Richard Yamasaki (above), grew up in Seattle and ran a landscape business. He was hired to assist the master designers from Japan in building the garden. Yamasaki honed his craft on the project, learning Japanese principles directly from designer Juki Iida. He stayed connected to the garden throughout his life and in 1993, Yamasaki donated a Japanese black pine that his family had tended since the 1920s.

Kumata studied graphic design at the UW before obtaining a degree in illustration from the School of Visual Arts in New York. “Yamasaki carries the black pine tree and rises beyond the trials of his family’s history,” she writes in her description of the work. “The pine represents endurance, adaptability, and a bright future. The monarch butterfly represents rebirth and transformation.”