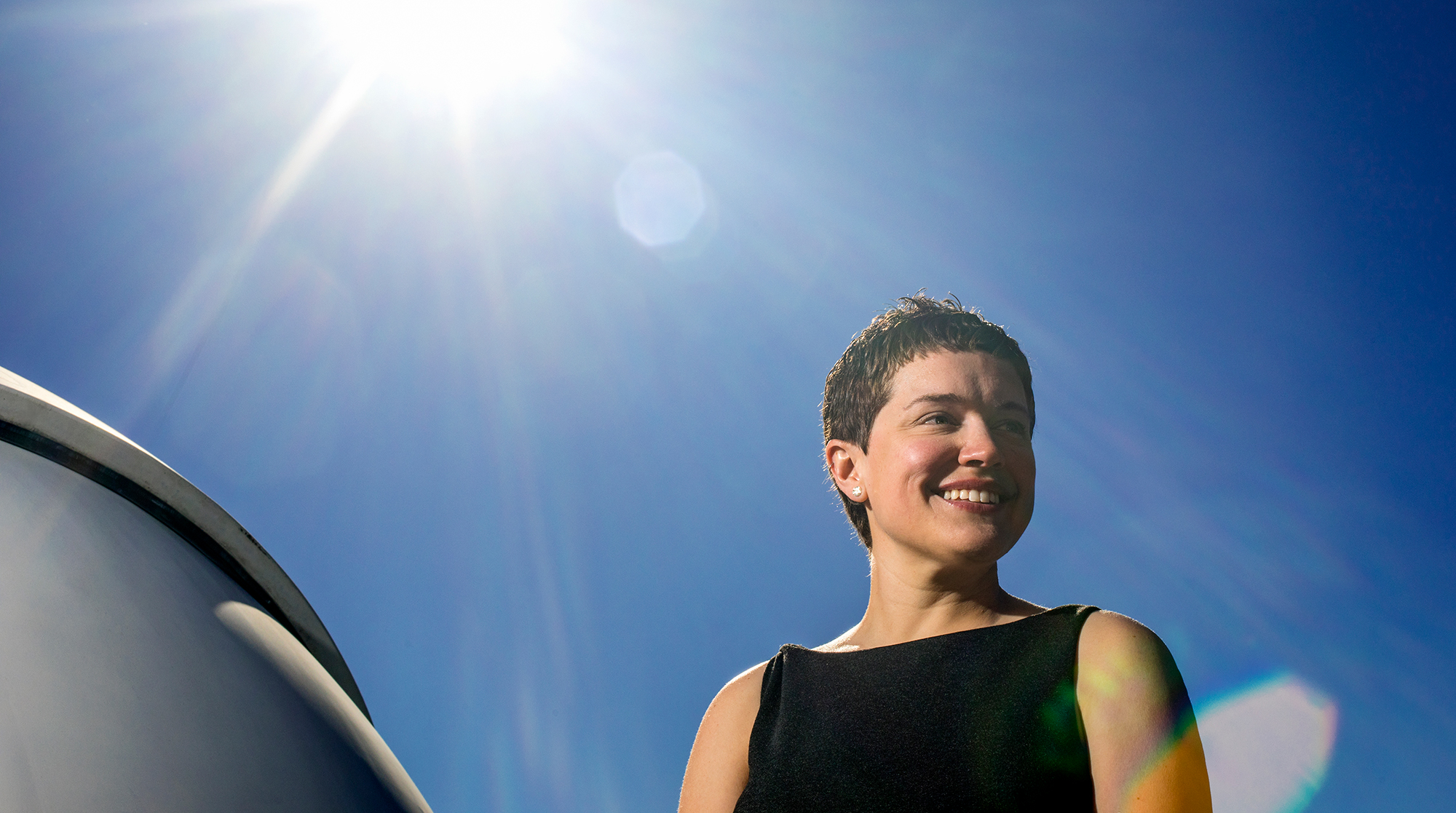 When she was just an undergraduate, Emily Levesque discovered the three largest stars in the universe.  The MIT student was in the middle of an internship studying red supergiants, massive stars near the end of their lives, at Kitt Peak National Observatory in Arizona.

The 2004 summer project involved calculating measurements to help determine the size of stars. The result was that three of the stars she was measuring turned out to be enormous—25 times the size of the sun. “Completely by accident, we discovered the three largest stars,” she says.

Today, Levesque is an assistant professor of astronomy at the UW, where she explores how the largest stars evolve and die. She captures the excitement of discovery and the incredible tales of her own and other astronomers’ work in her new book “The Last Stargazers: The Enduring Story of Astronomy’s Vanishing Explorers.” She’s a superstar in her own right—winning the 2014 Annie Jump Cannon Prize, a 2017 Alfred B. Sloan Fellowship and the 2020 Newton Lacy Pierce Prize in Astronomy for outstanding achievement.

“The current pandemic reinforces that we’re all part of the same planet. And stargazing is a planetary endeavor—one filled with wonder.”

Her book is for anyone who wonders at the night sky or who is curious about what it’s like to be a scientist, says Levesque. As a child, she knew she would be a scientist. But, “I had no idea what my life would be like,” she says. “The Last Stargazers” brings astronomy down to earth, blending Levesque’s own frank and funny stories with a history of the pursuit and the accounts of friends and colleagues in the field.

Astronomy is wondrous and wonderful, but not always lofty and aspirational, Levesque notes. There are plenty “wacky tales of adventure that we astronomers trade with one another at conferences,” she says. Of the 7.5 billion people in the world, only about 50,000 are astronomers. They travel to the far corners of the planet to do their work. They climb mountains and cross deserts, operate massive, multimillion-dollar telescopes, and dodge errant bears and tarantulas. Levesque offers glimpses of the excitement behind the scenes.

This is a great time for such a book. “The current pandemic reinforces that we’re all part of the same planet,” says Levesque. “And stargazing is a planetary endeavor—one filled with wonder. Humans have been doing it across time, across the globe.”

“The Last Stargazers,” published by Sourcebooks, was released on Aug. 4.

Join us: Astronomy Professor Emily Levesque talks about “The Last Stargazers” with KUOW’s Ross Reynolds on Oct. 28 at 6 p.m. Admission for this Zoom event is free.