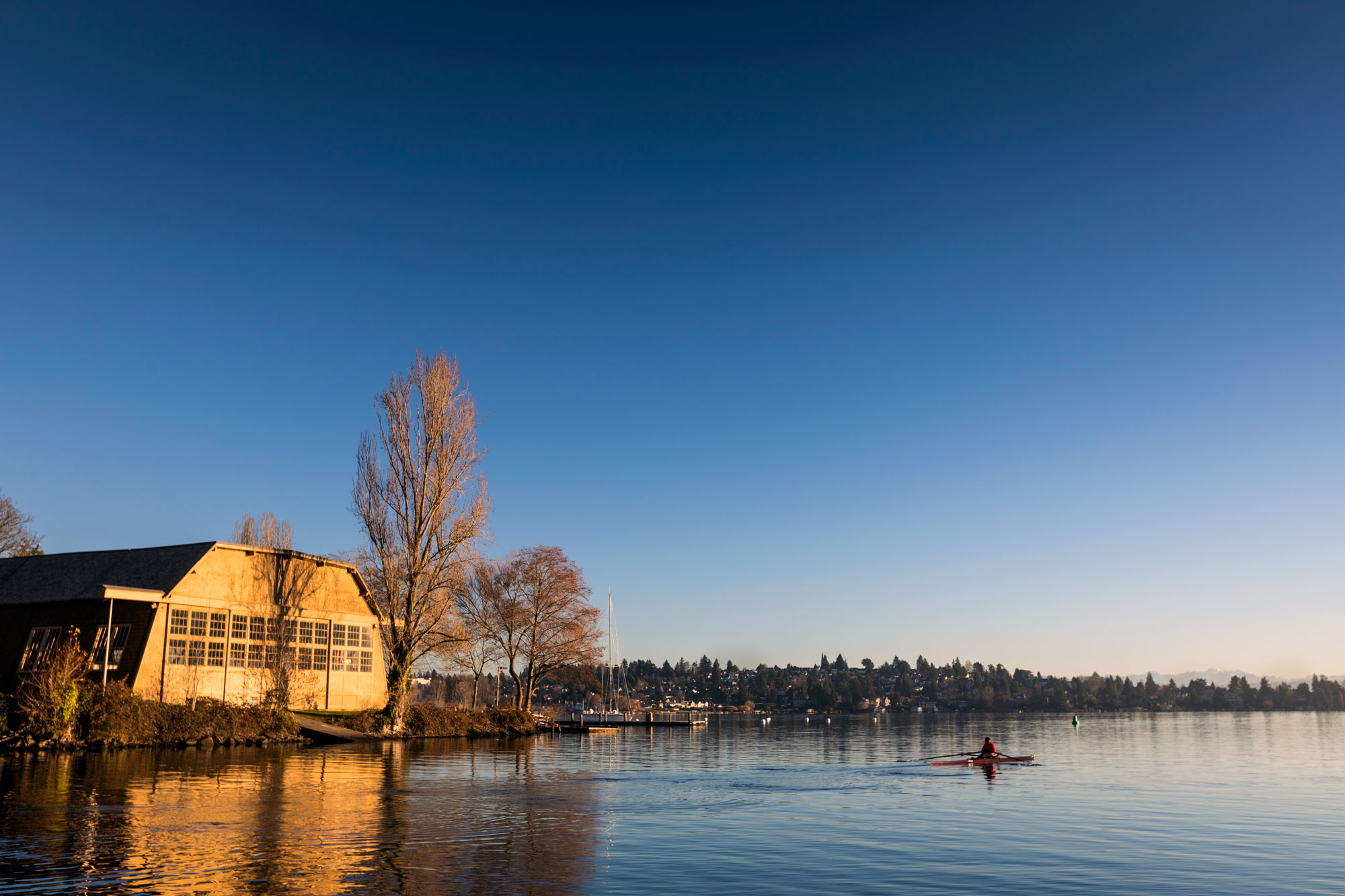 A $5 million gift will help turn the longtime home of UW rowing into a gathering and learning space for students and the community.

This has been a place to gather since time immemorial. Long before Lake Washington and Lake Union were connected by the Montlake Cut, the Lakes Duwamish people would come together here to portage across the narrow isthmus that spanned the water. The spot’s Lushootseed name—stəx̌ʷugʷił (stukh-ug-weelth)—means “carry a canoe.”

In the final weeks of World War I, the U.S. Navy built a seaplane hangar here; it’s one of only two such wooden hangars still standing.

The structure, dubbed the Associated Students of UW (ASUW) Shell House, then became the workshop of legendary boatmaker George Pocock—and was home to a UW rowing program that won eight national championships in just under 30 years and inspired the bestselling book “The Boys in the Boat,” about the team’s journey to winning gold at the 1936 Olympics.

For several more decades the building was known as the Canoe House, the UW hub for canoeing, sailing and other water recreation. And then it was used mostly for storage, fading into obscurity. Until now.

Thanks to a catalyzing donation from Brad Smith and Kathy Surace-Smith—and the support of an ever-growing group of generous donors—the Shell House will soon be renovated and restored to glory. Smith and Surace-Smith made their gift with a vision of the facility’s potential as a communal centerpiece.

“This building is about much more than the past—it is about the present and the future,” says Smith. “It’s a place for the people who live here to meet and accomplish great things the way the ‘Boys in the Boat’ did.”

The Shell House will feature prominently in the upcoming George Clooney film adaptation of “The Boys in the Boat,” but it’s on the cusp of an even greater starring role. The completed facility will celebrate the UW’s legacy of connection to the water and the Pacific Northwest, hosting thematic programs, courses and events. It will once again be a place to gather on the water’s edge, where the campus and community can reflect on our past as we move ever forward, together.

Says Surace-Smith, “We hope others see what we see: the tremendous potential and value of opening and restoring this iconic space for the community.”

Learn more about how you can support the ASUW Shell House.