Marc delaCruz, ’01, is making history in “Hamilton: An American Musical.”

Marc delaCruz made history on Jan. 19 when he took to the stage to perform the title role of “Hamilton" as an understudy. He thus became the first Filipino and first Asian American to play the lead role in the uber-popular musical on Broadway. Other Asian American actors have played the lead role in Chicago and in touring productions of the show, but delaCruz did it first on Midtown's biggest stage.

DelaCruz, who was born in Hawaii and is of Filipino-Japanese descent, maintains several responsibilities within the production, such as his role in the Ensemble, and as understudy to the roles of Hamilton, Laurens/Philip and King George.

He earned his UW degree in international studies and acted all over Seattle before making it to the big stage. In an Instagram post he wrote, “It’s an honor to represent my communities in any way big or small.” 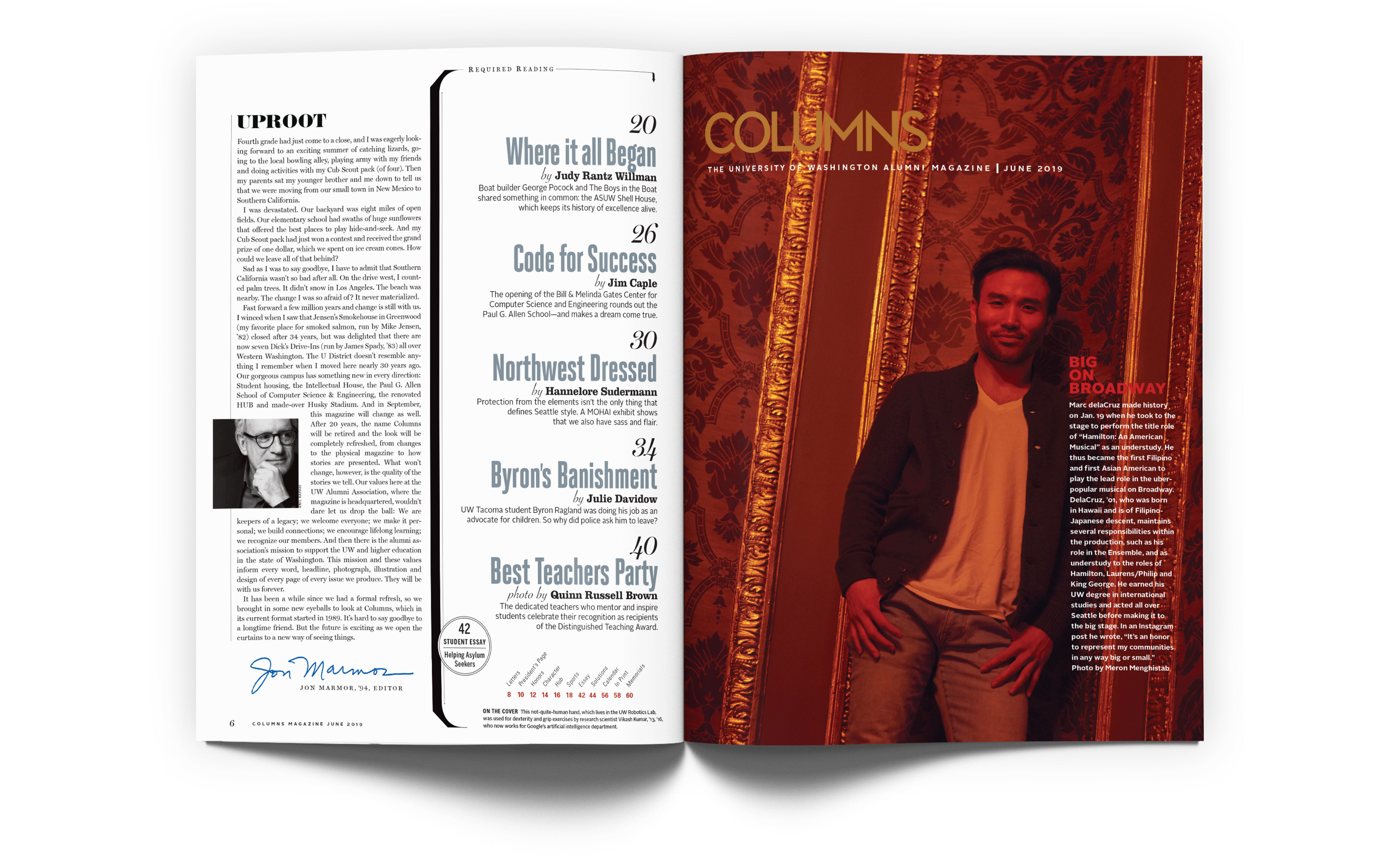 Jon Marmor is the editor of Columns Magazine. Meron Menghistab is a Brooklyn-based photographer.