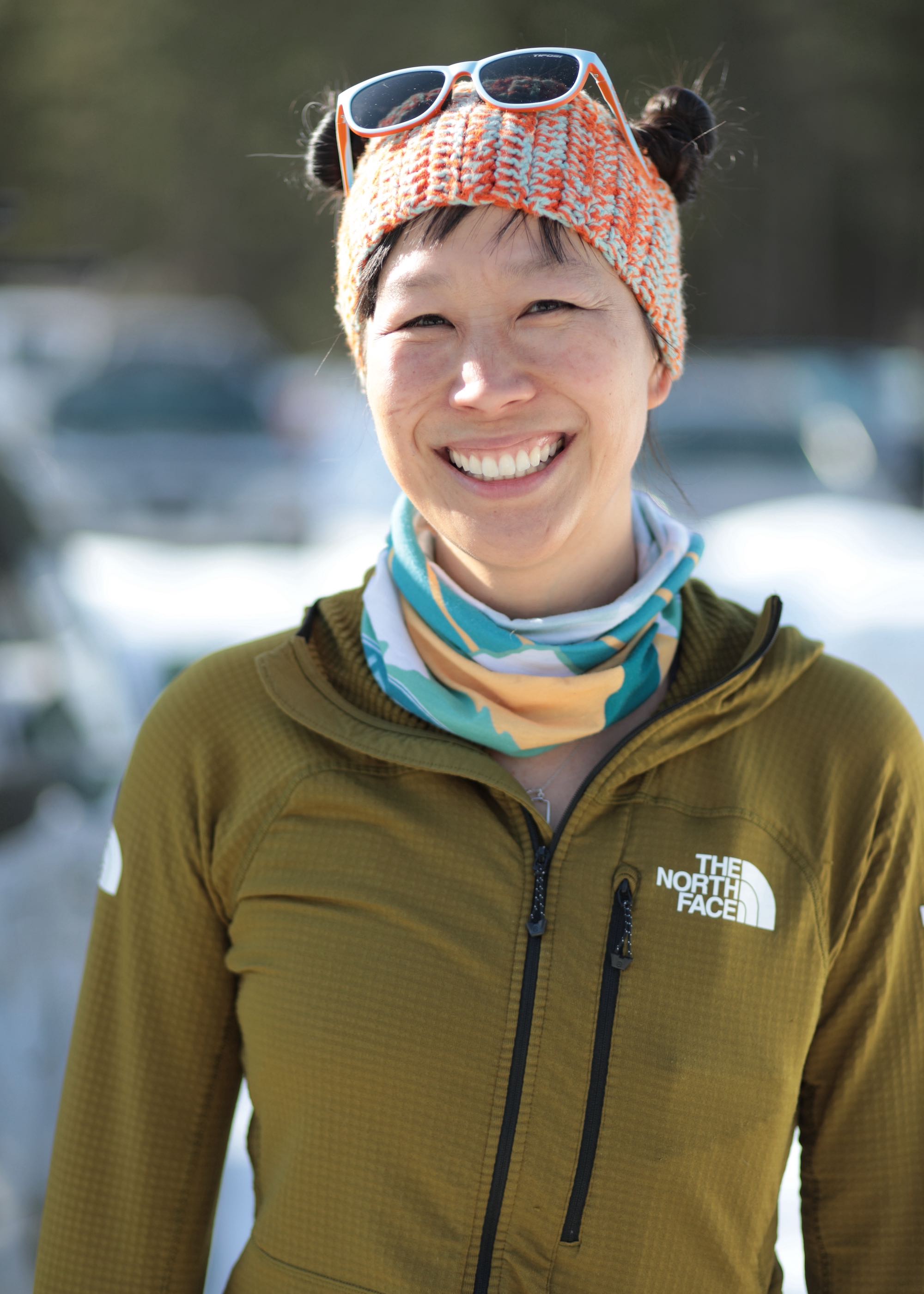 When Masako Hirata, ’06, suffered a lack of motivation in high school, her father (a martial arts instructor) and her mother (an alpine climber in her younger years) threw “all kinds of physical challenges” at her. They enrolled her in ski school, archery, and track and field. “It worked,” she says now. “Not only were the activities fun, I found that when my body was more active, my mind was more focused.”

That sense of adventure never left Hirata, who was born in Seattle, raised in Bellevue, and earned a degree in forest management from the UW School of Environmental and Forest Sciences but now works as a per-diem ICU nurse at Central Washington Hospital in Wenatchee.

She went on to travel the world, work as a Yosemite park ranger and take on a range of really interesting jobs. And oh, yes, she continued to tackle multiple physical challenges. Like the time last August, when she went paragliding at Chelan Butte in Central Washington. Good thing she was flying with a retired ER doc, an anesthesiologist, an ER nurse and a Search and Rescue team member because her glider crashed and she nearly was killed.

“My body suffered multiple traumas, which included an unstable pelvic fracture, sacral fracture, diaphragm rupture, liver laceration, and multiple broken ribs, just to name a few,” she recalls. The surgeons and medical staff at Central Washington Hospital and Harborview put her body back together again, “and the UW’s Trauma Survivors Outcomes and Support group really helped to not only preserve, but improve, my mental health. I can’t thank and appreciate them enough. Each and every person who was involved in my rescue, treatment, and recovery is a hero to me.”

After months of healing, she was given the green light to be full weight bearing this January. She decided to celebrate by participating in a 44K Ski Skate Event in the Methow Valley.

“I wasn’t sure what my body was capable of doing after my accident, so I thought it would be a great way to test it out,” she says. “It was also my birthday, and since I was so grateful to be alive, I thought it would be fun to have a distance goal. My friends were more than keen to come along. My body was definitely deconditioned, but it was totally worth it. I’d do it again in a heartbeat. There was a lot of laughter and endless support during and after the skate. Even though I was tired, my body and my mind finally felt like one unit. There are still a few glitches in my body that are popping up as I increase my activity level. It’s been frustrating to deal with, but I have wonderful friends who remind me to cut myself a little slack.” 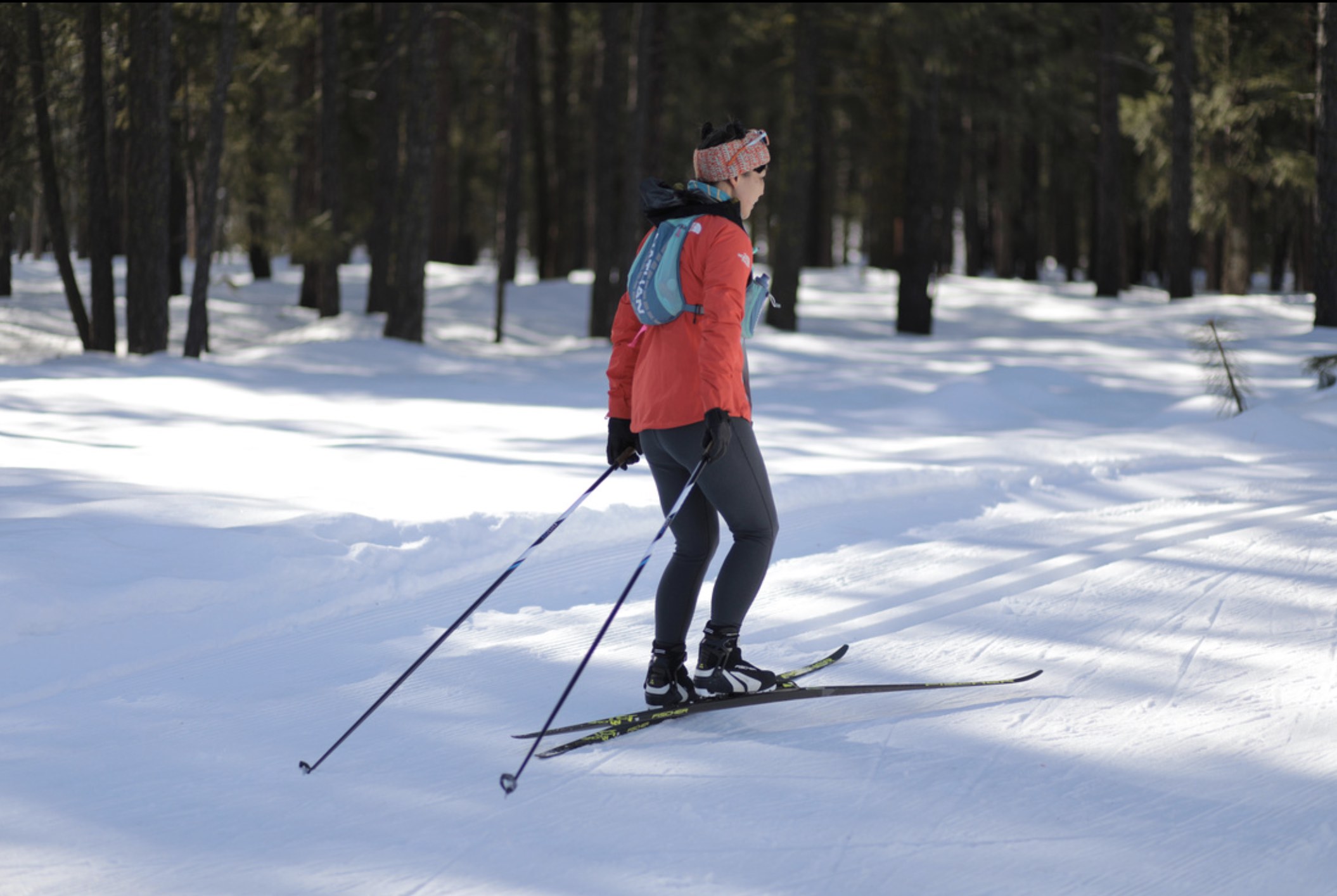 Hirata has always had an adventurous soul. One of the first real jobs she got out of college was as a backcountry ranger in Yosemite. “I fell in love with Yosemite on a trip to visit my sister, who was living down in California at the time,” she says.

As a ranger, she often participated in searches for lost hikers. During one of those searches, she met a guy who would work for Yosemite’s Search and Rescue team during the late spring-fall season, and as a travel nurse for 13 weeks a year. “After learning more about what he did, I realized that this was the kind of work-play balance and challenge I wanted in my life,” she says. “That guy is still my partner and the rest is history.”

Both of her parents were active travelers. “Most summers we spent on the road, going from one state to another,” she says. “Their example and the stories of their own adventures were inspiring. My uncle gave me the excellent advice to travel while I was young, because I could always go to school later. I took that to heart. In the pre-9/11 world, I took my trips by going to the airport’s international terminal and jumping on the first plane out that had room in standby. I picked up odd jobs wherever I traveled: shoveling elephant dung in Malaysia, teaching English to delinquent kids in the Czech Republic, working as a courier to jump to my next destination. True, many nights were spent on deserted train station benches and other questionable locations, but I met remarkably brilliant people, and had amazing, mind-opening experiences.”

As for her next adventure, she hasn’t decided just yet. “I wouldn’t say that anything I’ve done has ever been wild and crazy,” she says, “but there are lots of trips I look forward to going on in the near future – COVID-19 permitting.”

Jon Marmor is the editor of University of Washington Magazine. Anil Kapahi is a photographer in Seattle, Washington.