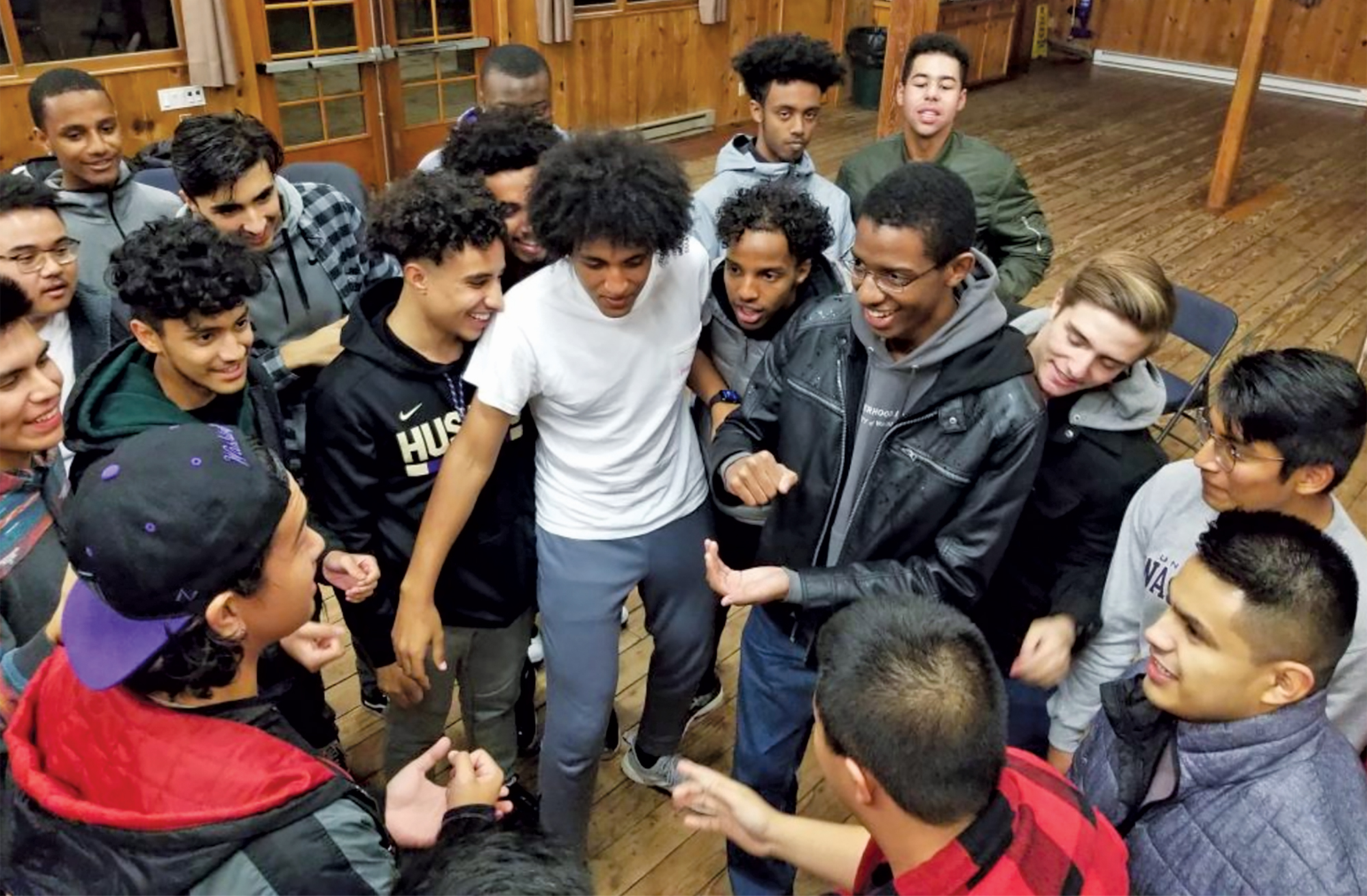 By Gabriela Tedeschi | Viewpoint Magazine | May 2021

In 2016, education professor Joe Lott and a team of graduate students and researchers launched a program to help close the achievement gap for male students of color. Last June, 17 students from the first cohort graduated, and now three more classes of young men are following in their footsteps.

Studies over the past two decades show that men of color in colleges and universities graduate at lower rates than all other populations. They may feel isolated in predominantly white academic settings. The initiative seeks to counter that by providing the men with social-engagement opportunities, mentoring and general support to improve their social and academic success.

This spring, the UW’s Brotherhood Initiative found its first consistent source of funding thanks to an endowment established by Olga Yang, ’82. “The goal of the BI is so basic,” says Yang. “It’s making sure students have the chance that they deserve. When I learned about the program, I immediately thought, ‘What can I do?’”

As an undergraduate at UW, Yang knew the feeling of not belonging. She had immigrated from the Philippines with her family when she was a teen. “I thought I could never go to college in the United States until an EOP [Educational Opportunity Program] counselor said I should go to school and make something of myself,” says Yang. Just having someone offer to help meant a lot, and it helped her relate to the work of the Brotherhood Initiative.

Yang learned about the effort when Lott gave the Samuel E. Kelly Distinguished Faculty Lecture in 2017. She was inspired by the program’s mission and Lott’s commitment to turning his ideas into action. Not long after, Yang ran into Lott in Mary Gates Hall and asked how she could help. Yang and Lott met regularly to talk about the Brotherhood Initiative and ways the program could grow. “In academia, you have a lot of theory,” says Yang. “Dr. Lott is an inspiring leader to me because he is one of the few people I know in academia who has a theory and is doing something about it.”