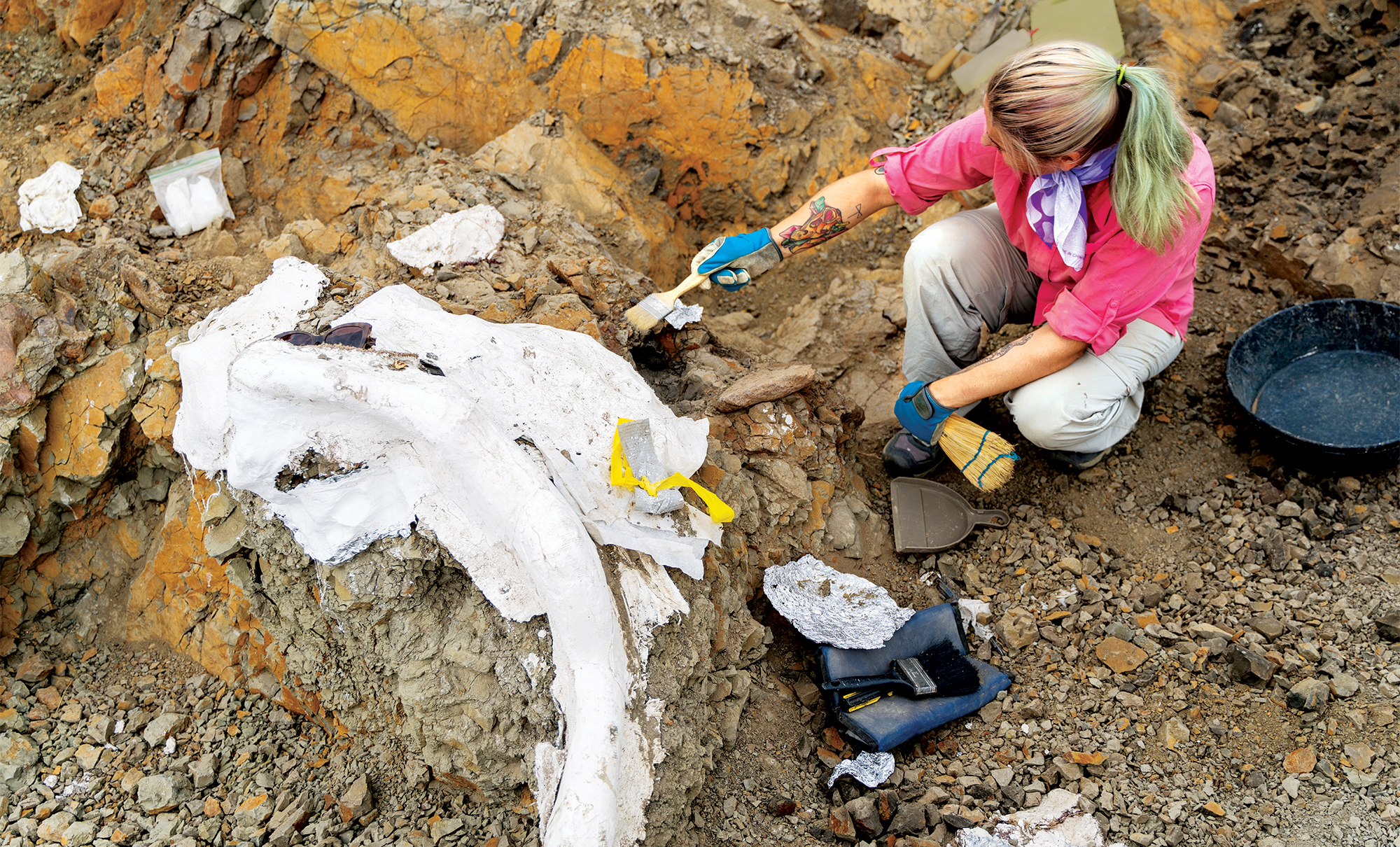 This summer, a team of UW and Burke Museum paleontologists unearthed fossils of four dinosaurs on a site in northeastern Montana. The find is particularly exciting because it includes the skull of a triceratops as well as fossils of a possible rare ostrich-mimic Anzu. If it is not that dinosaur, it might be a new species.

The triceratops has been named “Flyby Trike” in honor of the rancher who first spotted it embedded in hardened mud while flying over the site. The team uncovered its frill, horn bones, lower jaw, teeth, rib bones and the occipital condyle, a rounded projection at the rear of the skull. Because the dig team continued to find new bones throughout the season, the triceratops will remain on the site so that further excavation can happen next summer.

The other fossils discovered this year include the hips and legs of a duck-billed dinosaur and the hip bones of a theropod, a meat-eating, two-legged dinosaur. Those are now in the Burke’s paleontology preparation lab where museum visitors can see their preparation in progress.

The dig site, which is home to a large UW-sponsored field school, has fossils that date to 65 million-68 million years ago, around the time of the Cretaceous–Paleogene mass extinction event that wiped out three-quarters of plant and animal species on Earth. In 2015, two volunteers with the UW team found a Tyrannosaurus rex (the Tufts-Love Rex) head nearby.

“Each fossil that we collect helps us sharpen our views of the last dinosaur-dominated ecosystems and the first mammal-dominated ecosystems,” says Gregory Wilson Mantilla, professor of biology and curator of vertebrate paleontology at the Burke Museum. “With these, we can better understand the processes involved in the loss and origination of biodiversity and the fragility, collapse and assembly of ecosystems.”