A new skeleton gets a prominent display, visible from the street. 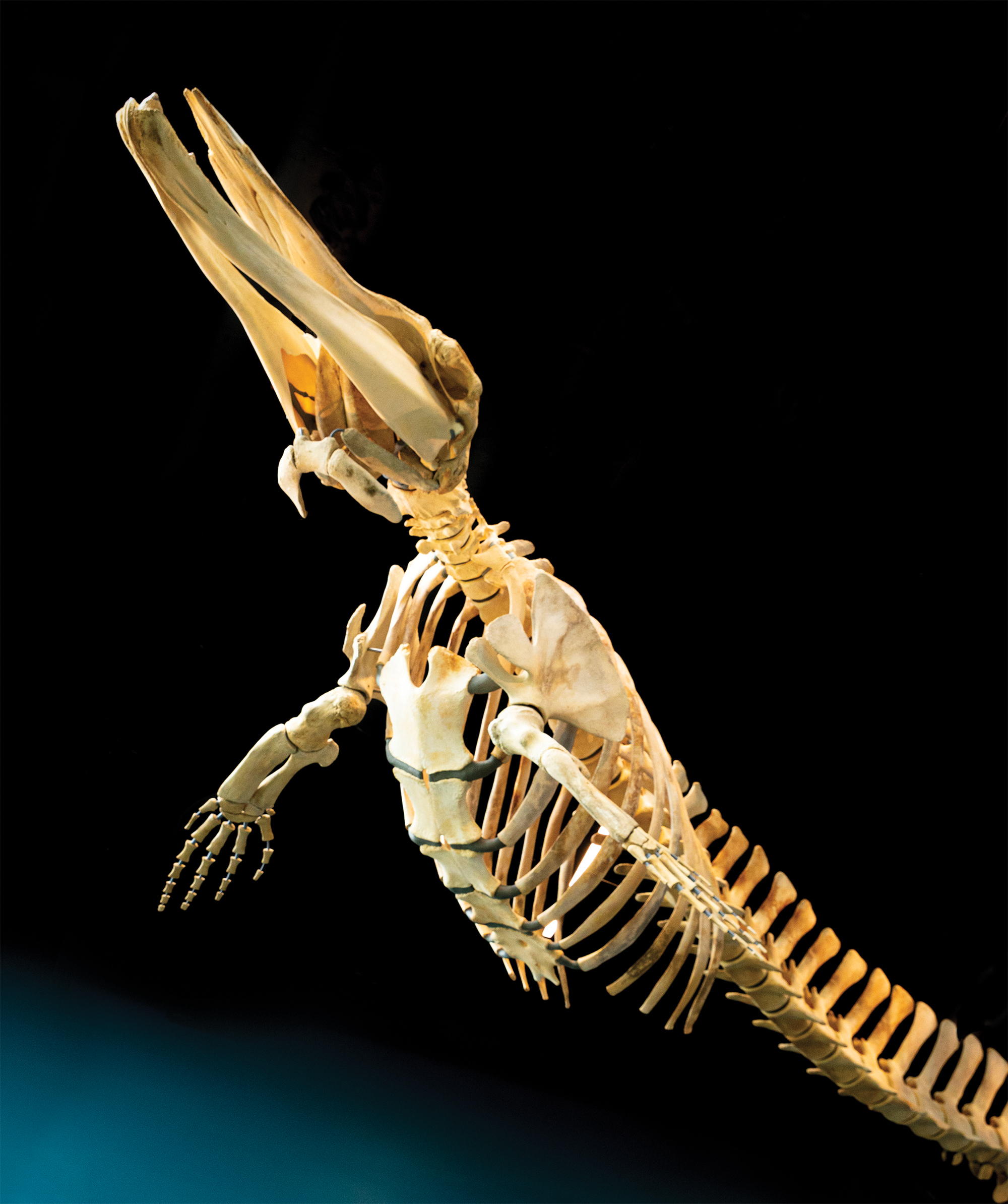 Looking positively prehistoric, the skeleton of a 39-foot-long Baird’s beaked whale (Beradius bairdii) is now on permanent display in the Burke Museum lobby. But this is no fossil. The whale washed ashore on a Washington beach in 2015.

The Marine Mammal Stranding Network reached out to the Burke with news of the whale, and a team of students and curators was dispatched to the site. The UW team buried the carcass at the beach near where it was discovered and let nature do its work cleaning the bones. After about two years, the remains of whale were moved to the roof of the old Burke Museum, before being sent out to be articulated prior to installation at the new Burke Museum, which opened its doors to visitors last fall

This skeleton, which can be seen from the street at 15th Ave. Northeast, is one of about 10 Baird’s beaked whales in U.S. museum collections and offers insights into a species that is rarely seen or studied.

The whale is posed to look like it is swimming and hunting.