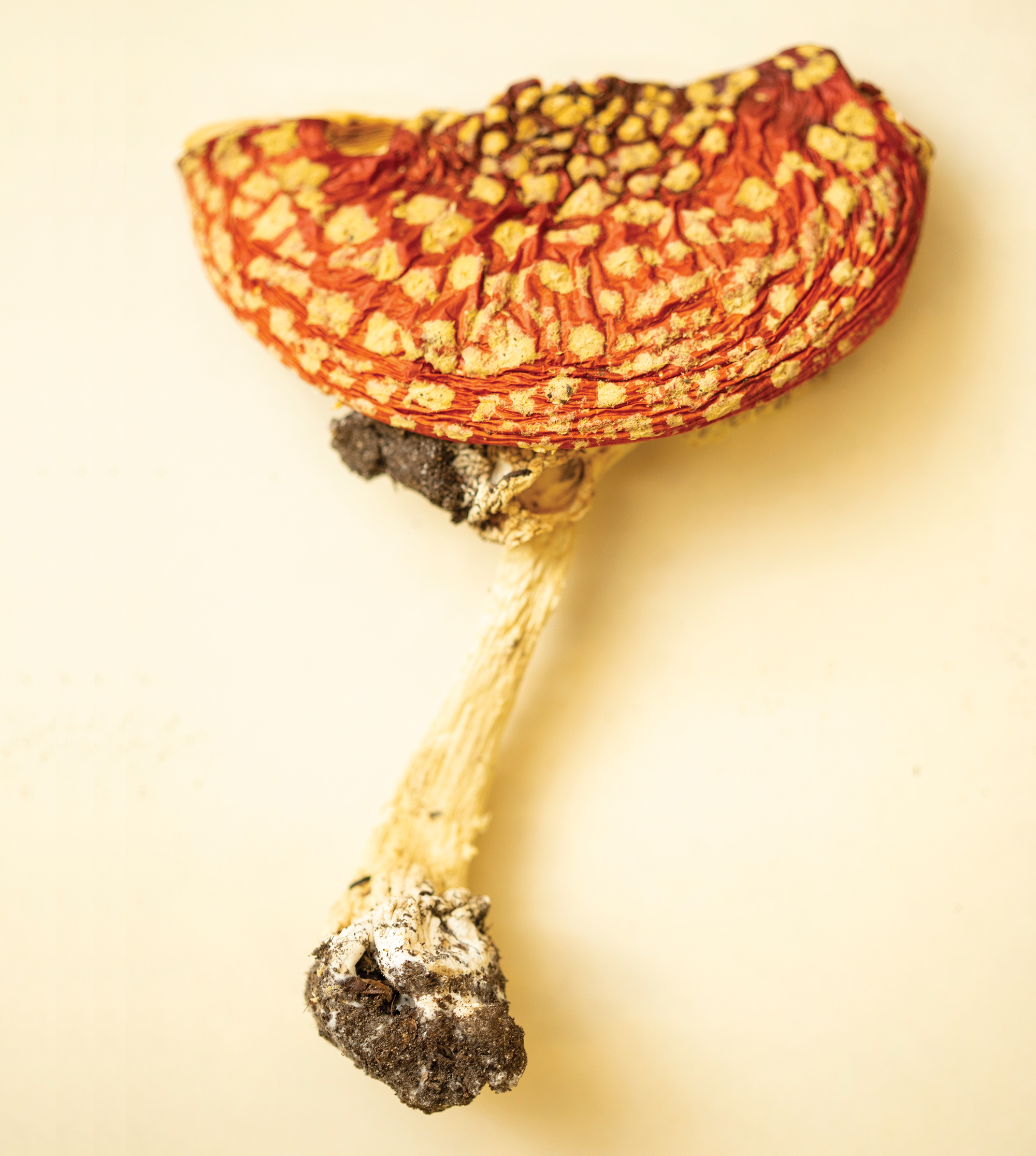 The Northwest is the perfect place for a mushroom enthusiast; one digs into the Burke Museum’s collection.

Olivia Filialuna, a graduate student in museology, spends hours each week with the Burke Museum herbarium’s fungal collection. As an undergraduate in Montana, Filialuna (who uses they/them pronouns) fell in love with mycology during a biology class and found their way to a job working with fungi in a research lab. They also connected with groups of foragers and researchers and took trips into the wild to find tasty treats or specimens. Now at the UW, they’re in fungus heaven.

“The West Coast from Washington through Northern California is a huge mushroom area,” Filialuna says. “And because it is wet here so much of the year, there’s a really big window of time for finding them.”

Lately, Filialuna has done much of their mushroom hunting in the basement of Hitchcock Hall, where the Burke collection specimens are kept in large cabinets, available to be checked out for study or research. Their role is filing and organizing and updating the databases. They sometimes have to decipher notes from collectors made in the 1960s. “Sometimes I find things I’ve never seen before,” they say. There are at least 16,000 specimens in the catalog, and Filialuna is working to expand that.

Pictured above is Amanita muscaria, a well-loved member of the toadstool species that typically appears in summer and fall. Red with white dots, it lives in woodlands and cohabitates with birch and conifers. While stunning to look at, it is poisonous to eat but not usually deadly.