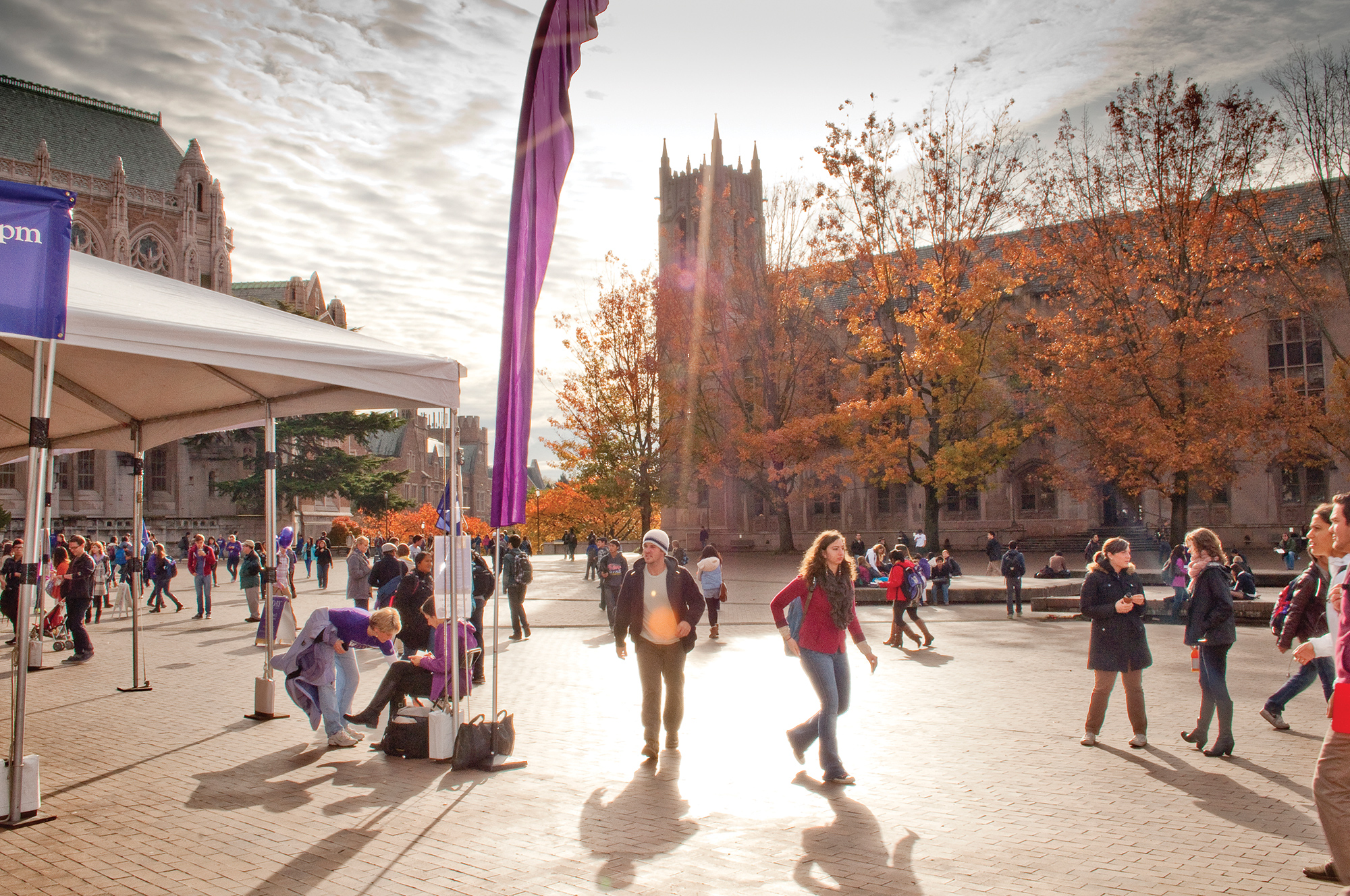 As both ASUW president and managing editor of The Daily, Cassandra Elinor Amesley, ’77, ’81, was an influential student leader on the UW Seattle campus. And thanks to her way with words, that influence has lasted in the decades since she graduated.

Like any good editor, Amesley could spot a great idea. In 1971, The Daily solicited alternatives for the mundanely titled “Central Plaza” (the official name for the sweeping, centrally located red-brick mall). Amesley sifted through amusing suggestions like “The Prison Yard” and “The Wasteland,” eventually latching on to “Red Square.” She promoted the name in her Daily stories and it caught on. As she told The Seattle Times four years later: “I just picked the one I thought would be best.”

Amesley, who simply used “Cassandra” as her byline in The Daily, died of COVID-19 on Nov. 22 at the age of 70. “I met Cassandra when she was the head of the ASUW Women’s Commission and she hired me for a work-study position,” wrote Leslie Cossitt, ’77, in a letter to UW Magazine. “She was a role model for me and other young women students during the turbulent 1970s.”

After attending the UW, the Minnesota-born Amesley returned to the Midwest to earn a Ph.D. at the University of Iowa. She couldn’t quite shake her love of life in academia so she went on to work as an assistant professor of speech communications at Drake University in Des Moines.

Cassandra’s family remembers her as a passionate cook, gardener, reader, friend, and—of course—writer. The two words she selected in 1971 have helped shape the history of the UW.