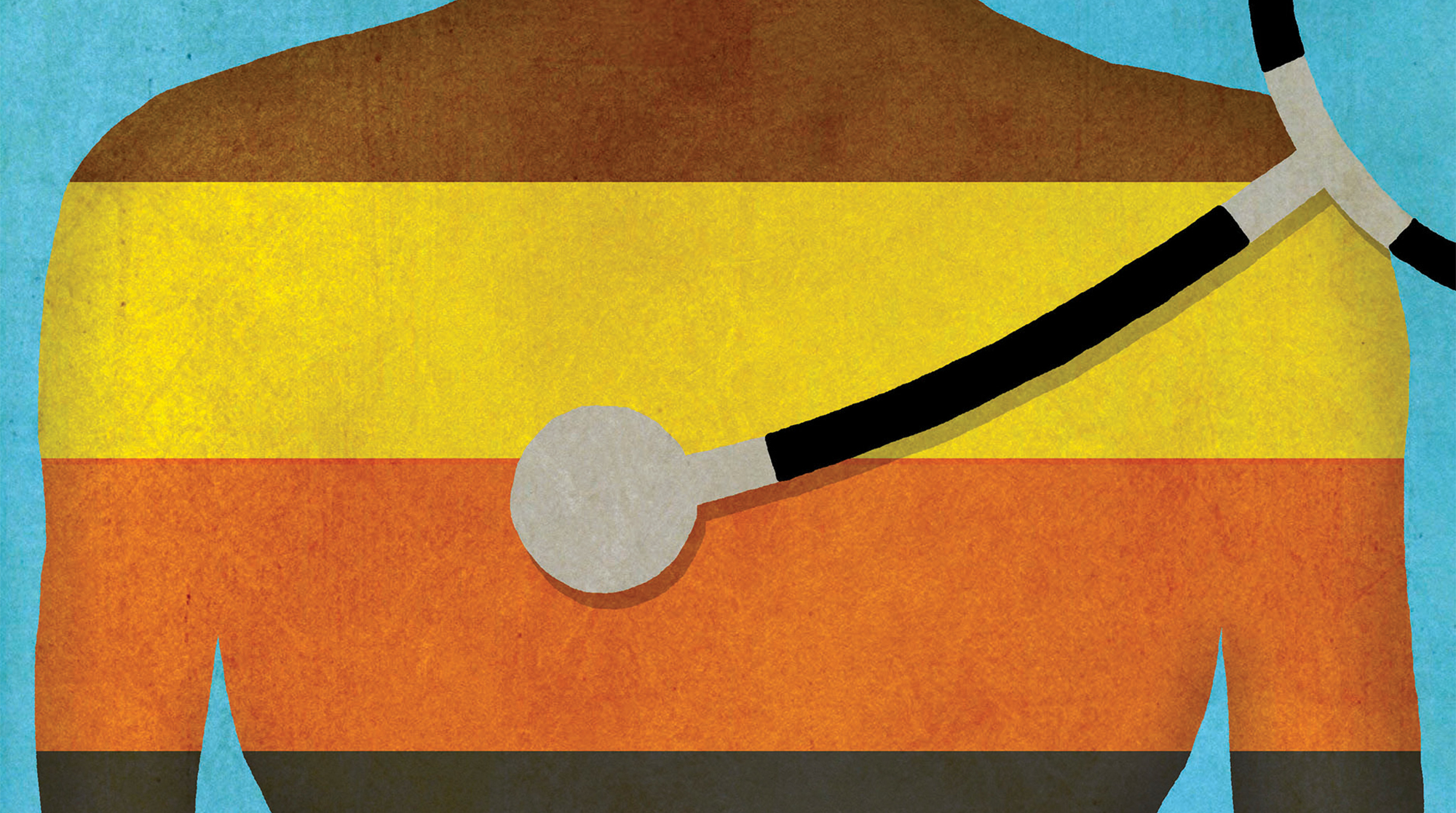 Disparities in health care access hit communities of color hard—particularly when it comes to cancer.

If you are a Hispanic or African American woman diagnosed with breast cancer, your chances of a good outcome—and sometimes even of surviving—are not as good as that of a Caucasian woman. It’s an unfortunate fact in America’s health care system.

Just ask Ali Mokdad. The UW professor of global health conducted a landmark study of 29 cancers and U.S. deaths by county from 1980-2014. What he uncovered was beyond sobering. Although deaths from all cancers combined fell by 20 percent in the U.S. as a whole, cancer rates are actually rising in 160 counties that had predominantly lower income and minority residents. In some counties, death rates are more than 20 times higher than average.

“In a country where we spend more than anyone else on health care and we debate health all the time, it surprised me to see such huge disparities at the county level. We are leaving people behind in some places where the cancer rate is increasing,” says Mokdad, lead author on the study that was completed at the UW’s Institute for Health Metrics and Evaluation. “You see certain counties where life expectancy is as high as anywhere in the world and other places where the life expectancy is like countries in Africa and Asia.”

Medical science can’t always explain why a particular cancer occurs more often in one part of the U.S. than in another. For example, in the Puget Sound area, people tend to get less cancer overall and have better survival rates than in places such as the Deep South, the states bordering Mexico and the Southeast. On the other hand, Puget Sound residents appear more vulnerable to brain cancer. And this area has seen higher rates of some types of blood cancer with higher death rates than in other parts of the U.S.

“It’s hard to speculate on reasons. Something else is going on, but it’s very important to know that it’s a problem,” says Mokdad. In general, disparities in cancer and death rates are affected by a host of factors: lifestyle, access to cancer screenings, patient compliance, access to quality care and proximity to quality treatment. “The question is, how can we bring prevention to the forefront of what we are doing?” he adds. “It’s not enough to have excellent treatment.”

The sad truth is that disparities in health care access, treatment and outcome hit communities of color especially hard. Breast cancer is a primary example. African American and Hispanic women are more likely to have more aggressive forms of cancer, to be diagnosed with more advanced cancer and to have worse outcomes. Lupe Salazar, associate professor in the Division of Oncology, says underrepresented minority women are also more likely to receive treatment that fails to meet recognized standards of care.

“Before the Affordable Care Act, we had patients at the Seattle Cancer Care Alliance who couldn’t get the full complement of services. For example, the Medicaid vouchers wouldn’t cover PET Scans,” says Salazar, ’02, ’03. PET scans are vital in pinpointing the location and severity of cancer. But they are expensive; the average cost of a PET scan ranges from $3,000 to more than $12,000.

“The question is, how can we bring prevention to the forefront of what we are doing. It’s not enough to have excellent treatment.”

Minority women, particularly if they are low-income or single parents, are also much less likely to participate in clinical trials. Government funding agencies always ask researchers to recruit from minority populations, “but [there is] nobody to give you resources or funding for things like paying for translators for help with getting consents,” Salazar explains. “It’s also very hard to enroll patients who don’t have a computer or a way to log on to clinicaltrials.gov or a way to find the database of experimental treatments.”

Health disparities plague other communities including immigrants. India Ornelas, ’99, assistant professor in health services, and Vicky Taylor, research professor in health services, are working to increase the number of refugee women who receive regular screenings for cervical cancer. They created a video to build awareness for non-medical audiences.

Collaboration is absolutely vital to addressing these inequities in diagnosis and treatment. “We are going to come together to figure out what we can build on and what we can deliver,” says Salazar. “We hope the Population Health Initiative will improve the health care of the poorest people, whether you’re in the Pacific Northwest or a developing country. We will see.”